The plan features unlimited 4G data, calling, and text messaging. The first line on a plan costs $70 per month, with a second line for $50. Additional lines after the second are $20 a month. Tablets can be added to T-Mobile One plans for $20 per device. Customers who opt out of auto-pay services see a $5 per line fee assessed.

Other traditional T-Mobile benefits are included, like data roaming in Mexico and Canada, "carrier freedom" programs where T-Mobile helps cover the cost of switching data plans, and the T-Mobile Tuesday customer bonus program.

Every video service is streamed at standard definition. Higher definition video is available, but at a $25 per line cost.

Mobile Hotspot functionality is limited to 2G speed, and is also unlimited. Full speed data tethering packages will be available, at unspecified cost.

T-Mobile customers using more than 26GB of high-speed data per month may still see data traffic prioritized to 3G or 2G speeds, at specific times and places that the network sees high network demand. There is no cap for full-time throttling implementation.

"I hope AT&T and Verizon try to follow us," said T-Mobile CEO John Legere. "In fact, I challenge them to try."

T-Mobile claimed during a conference call announcing the initiative that 99 percent of its customers have retained the "Binge On" media streaming. The company noted that its free media streaming service offer, that also limited video quality to 480p the same way that the T-Mobile One package will, served to stress-test the network prior to the new unlimited offer.

T-Mobile One launches on Sept. 6 at T-Mobile stores nationwide and t-mobile.com for postpaid customers. Customers may retain existing plans, but T-Mobile One will be the only plan offered to consumers. Prepaid services will be available in the future. 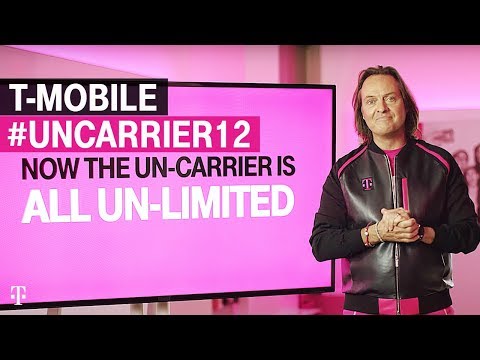