Editorial: Why is privacy-minded Apple putting its new TV app on smart TVs notorious for s...

AppleInsider
Posted: May 17, 2019 10:54AM
in iPod + iTunes + AppleTV edited December 2019
Apple has worked to make user privacy and data security primary features it promotes in its products and platforms. So why is the company porting its new TV App to smart TVs and streaming devices from Samsung, Amazon, LG, Roku and others that are notorious for spying on users and collecting data about their viewing behaviors? Here's a look. 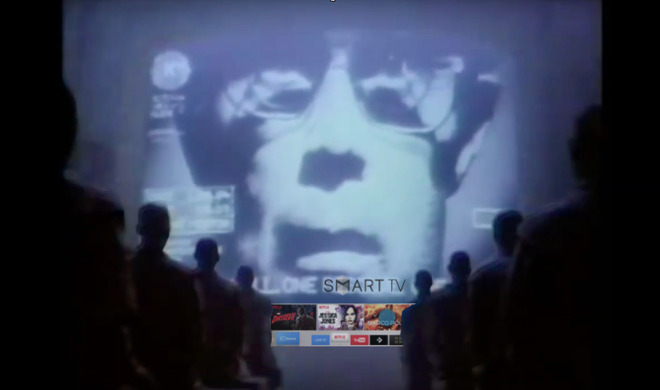 Deal with the devil

Even non-technical viewers are increasingly aware that their smart TVs are spying on them. A BuzzFeed report by Nicole Nguyen detailed to mainstream audiences that smart TVs are a pretty sold bag of bad software and creepy spying policies. And it's not by accident or mistake, but quite intentionally by design.

Nguyen initially noted that Samsung TVs could be hacked by the CIA to appear to be turned off while they're actually being used to record conversations in the room. But Smart TVs from LG, Samsung, Sony, and Visio were all designed to track what you're watching, as are streaming devices including Amazon's Fire TV, Google's Chromecast, and Roku. One notable exception, Nguyen added, was that "Apple TV doesn't collect viewing or search data."

Why would Apple be willing to put its TV app--effectively the streaming subset of its Apple TV features-- on other makers' smart TVs that are notorious for spying on users, collecting their data, and uploading it to various collectors, in some cases without any encryption? Apple's historical porting strategy detailed in the previous segment offers some perspective.

Like giving a glass of ice water to somebody in hell

In 2003 Apple ported iTunes to Windows at a time when PCs were so plagued with spyware, viruses, and other problems that Apple turned the pain points of PCs into its "Switchers" and then "Get a Mac" ad campaigns. It wasn't hypocrisy. Apple's recommendation to PC users was to switch, and using iTunes made it that much easier.

When Steve Jobs discussed Apple's distribution of iTunes for Windows with Walt Mossberg for the Wall Street Journal "All Things Digital" conference in 2007, he noted that there were more than 300 million installations of iTunes for Windows, several times the number of iPods sold.

"So that makes you an enormous Windows software developer," Mossberg noted, setting up Jobs's jab that Apple's iTunes on Windows "is like giving a glass of ice water to somebody in hell."

Apple Music was similarly delivered for Android In 2015 despite the increasing awareness of how sloppy Google and its licensees have been with users' data privacy and invasive behavior tracking. Like iTunes, Apple Music is a trojan horse that invites Android users into the Apple ecosystem, giving them the opportunity to upgrade to the full experience with an iPad or iPhone and leave their troubles behind.

Apple doesn't sell televisions. But by putting its TV app on the smart TVs that other companies make, it can highlight the vast difference between its experience and the befuddled, cluttered mess around it that is actively trying to spy on them. It opens a door for users enlightened to the surveillance adware exploitation that's now being built into smart TVs. It invites them to buy the full Apple TV box that does everything their smart set does without watching them and reporting their behaviors.

I've used a series of Samsung televisions over the past decade, including new Tizen models, and while their hardware is fine, their software is terrible: inscrutable UI, frustrating controls, and features that actually crash and require a reboot. A piece by Alexis C. Madrigal for the literary and cultural commentary magazine The Atlantic agreed: "smart TVs are dumb."

Cheaper by the dumbing

The surveillance "smarts" of smart TVs are, however, subsidizing the delivery of cheap TV sets. Legendarily cheap TV maker Visio called the practice of selling loss leader sets that earned back some profits by leaching your home of salable marketing data "post-purchase monetization."

In an interview with the Verge earlier this year, the company's chief technology officer Bill Baxter stated that building TVs is a "cutthroat industry" with 6% margins, and that by running content monitoring, surveillance advertising, and data mining, "I really don't need to make money off of the TV."

Last year, Roku's chief executive Anthony Wood freely admitted the same about his company's TVs and streaming media sticks and boxes, explaining, "we don't really make money [from the hardware] we certainly don't make enough money to support our engineering organization and our operations and the cost to run the Roku service. That's not paid for by the hardware. That's paid for by our ad and content business."

Back in 2014, Apple's chief executive Tim Cook expressed a very different stance on his company's approach to building products. He stated, "our business model is very straightforward: We sell great products. We don't build a profile based on your email content or web browsing habits to sell to advertisers. We don't 'monetize' the information you store on your iPhone or in iCloud. And we don't read your email or your messages to get information to market to you. Our software and services are designed to make our devices better. Plain and simple." 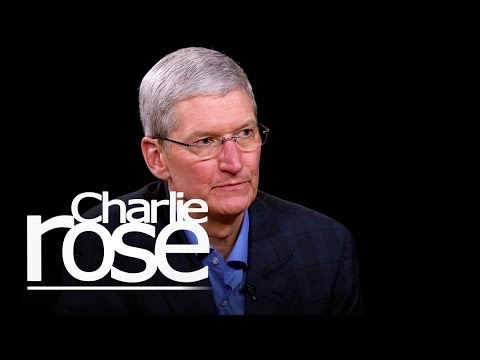 Tim Cook: "You're not our product."

By offering a clean, functional taste of the Apple TV experience on higher end models of these surveillance sets, Apple's new TV app can expand the market for the company's Services while also recommending its Apple TV hardware as a superior set of smarts, without any spyware model. Affluent customers tend to prefer privacy and security and are willing to pay for it.

That's not just conjecture. A report by Parks Associates stated that almost half of smart TV owners also used a streaming media player, and that they used their media player much more frequently than their TV's built-in services. And it specifically stated that consumers rated Apple TV highly in setup, usability, gaming, and for purchasing content.

Dumbing by the cheapers


Most typical consumer reviews of TVs and media sticks focus almost entirely on price and the most basic checklist of features. Many reviewers have a really hard time understanding how Apple is competing against $35 data collection streaming boxes, and seem to have no grasp on why anyone would care about the quality of their overall experience, or about issues including privacy, spying, and data security.

That total inability to comprehend how people who might pay $1,000 or more for a television set might also be able to afford an Apple TV that makes their experience that much better was reflected in the steaming hot takes that virtually everyone in the tech industry cynically ran with earlier this year, which confidently announced that Apple's porting of its TV app (then referred to as iTunes) was further evidence that Apple was failing in hardware. 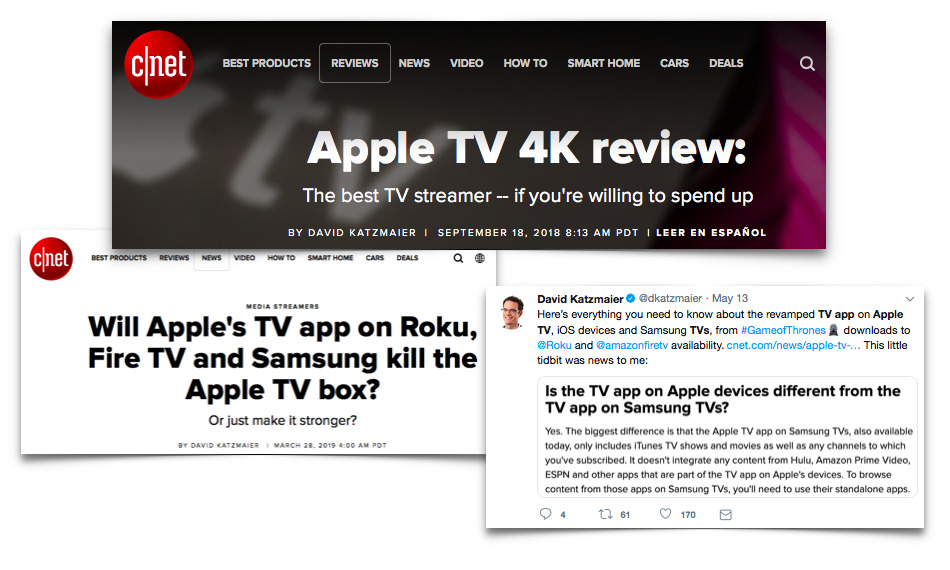 David Katzmaier of CNET revealed an incremental awakening to Apple's TV strategy that took him months to put together.

Christopher Mims of the Wall Street Journal declared that Apple putting its software on other platforms was a "radical shift in its corporate strategy," stating that Apple "appears finally willing to sacrifice some hardware revenue in the hopes of growing its services," despite having also lived through the last twenty years of Apple putting iTunes on PCs without sacrificing any Macs and still selling the most iPods, and putting Apple Music on Android while retaining virtually all of the valuable smartphone sales.

Apple's September 2015 introduction of the 4G Apple TV introduced tvOS as a new platform for smart TV. Prior to that, Apple TV had mostly been a convenience device for AirPlay streaming from Macs and iOS devices to a television, and for watching iTunes videos or rentals and viewing iCloud photos.

The new tvOS not only enabled new apps and games for TV, but also made it easy for video services to take their existing content and offer it as a subscription, and for cable operators to turn their scheduled programming of linear TV channels into digital catalogs of content users could watch at any time, any way they like. So far, Apple has created partnerships with Charter Spectrum, Sony's PlayStation Vue, and AT&T's DirecTV. 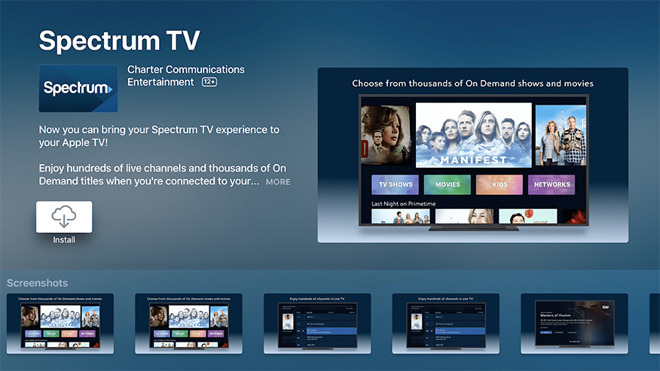 
Over the three years since, tvOS has established a strong base of users. That's particularly notable because Apple TV itself is significantly more expensive than cheap dongles or media boxes offered by Amazon, Roku, Google, and others. It also competes against the "free" smart tv interfaces integrated into most new televisions. But Apple's position in TV, particularly among affluent users, is not bleeding away into irrelevance.

4K is to Apple TV what 3G was to iPhone

One factor that's helping: the emergence of affordable 4K televisions is creating interest in high-quality content that viewers can pay for. Apple TV is exploiting the emergence of high-quality screens and fast Internet to deliver a superior experience. Twelve years ago, technology was ripe for a game-changing smartphone but wasn't really ready for Apple TV.

In the same way that consumers upgraded to iPhones despite a price disparity and the fact that Apple's competitors were rushing out certain features first, a large segment of buyers are now moving to Apple TV despite its additional cost because it works better and offers a better experience. And the emergence of better technology makes that difference in experience even more valuable.

A report by Joshua Fruhlinger for ThinkNum based on sales data from Best Buy noted that in sales of 4K streaming devices, "Amazon has taken the clear lead, with Apple TV a close second.

"The Fire Stick is an inexpensive way to get into 4K streaming at just $35. And despite the Apple TV's higher cost [$180] compared to the others in this list, people appear to be turning to Apple for its ease of use and integration with other Apple and iCloud devices."

He added, "now that 4K TVs are ubiquitous and Apple has made its iTunes ecosystem relatively seamless, it appears the Apple TV 4K is becoming the go-to device."

So rather than joining the surveillance model of smart TV and media stick vendors, Apple is riding the wave of subsidized TV sets to provide a premium alternative that users can opt to pay for as a way out of being spied upon and tracked as a product for advertisers.