A critical software update is required for your Mac. 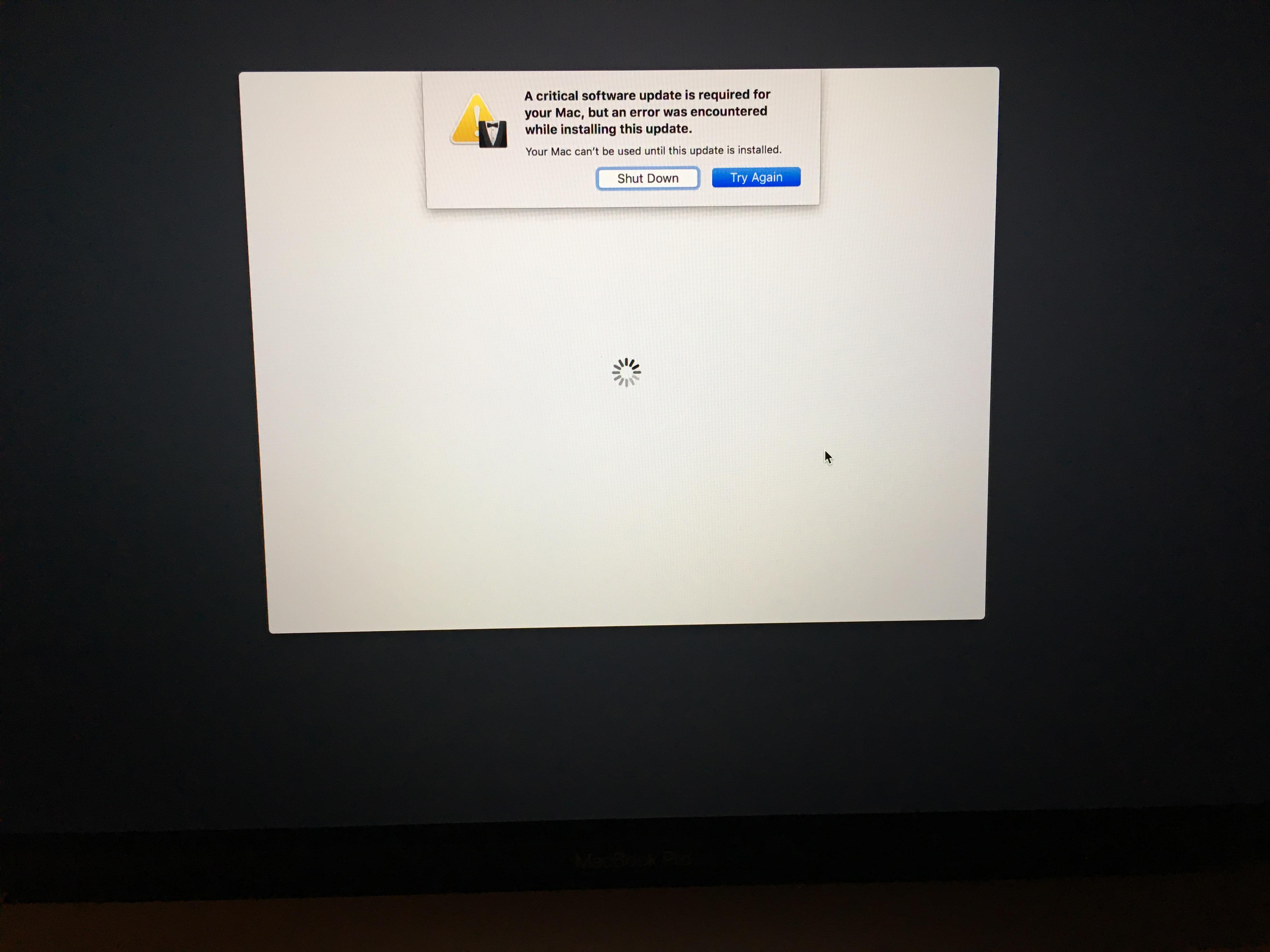 I’ve been greeted with this screen multiple times when first booting up my Late 2016 MacBook Pro and sometimes selecting Shut Down makes it go away. Not anymore, now it’s been followed by kernel panics. I’ve had the Logic Board replaced twice in as many weeks and 3 Clean Installs of the OS X.

This time I have been greeted by this screen after just picking up my MacBook Pro at the Apple Store and turning it on to set it up once again. I showed this pic to a couple of Apple Geniuses in the past couple of weeks and some have seen it and some have not. No one can really tell me what causes it or better yet how to fix it.