Last week it refused to power on. SMC reset etc no effect. Dead

I took it to Apple Genius Bar in Kingston Upon Thames (UK) and they showed me the attached photo. 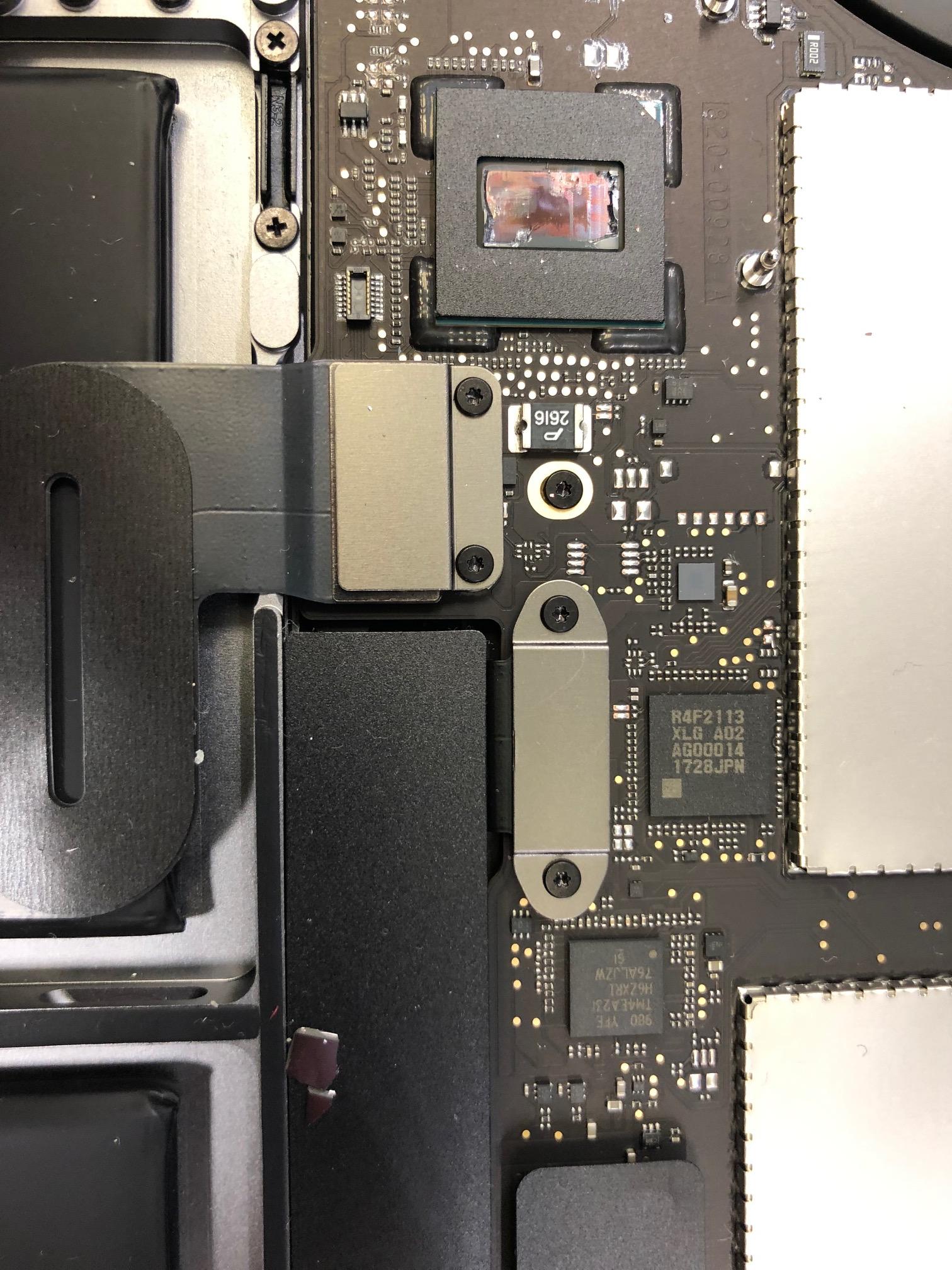 The chip shown appears to have exploded - the glass covering the chip shattered and spread itself around the interior of the MacBook.

From iFixit's tear down it appears to be the Platform Controller Hub chip (Intel SR2NH).

The Apple store rep also said this was clearly a product fault as the chip in question should not get hot enough to explode.

The Apple store rep said if I had bought the MacBook in Europe, they would have covered the cost of the repair but because I had bought it in the USA, they would not offer to do so (I do not have AppleCare).

I would welcome any advice as to what I should do next. I feel that as Apple have acknowledged the issue is a product fault (vice wear and tear or unknown cause) and which would be covered under EU Law, then there is at least a moral argument for them to cover the cost of the repair.