Even Xiaomi staff can't distinguish its clone of Apple's Memoji

AppleInsider
Posted: July 5, 2019 4:34PM
in General Discussion
After Xiaomi protesting that of course its 'Mimoji' is nothing like Apple's practically identical 'Memoji,' the company has accidentally used Apple's adverts for its own promotion. 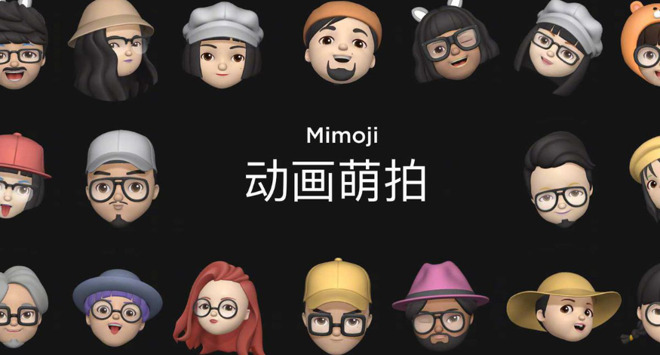 This is what Xiaomi's totally not copied Mimoji' should look like.

Earlier this week, phone maker Xiaomi unveiled its new Mi CC9 model, and its 'Mimoji' feature was remarkably familiar to iPhone users. The company stressed that their animated personality emoji came to market before Apple's, its marketing just accidentally reused its rival's ad.

Among the sales images for the phone on Chinese online retailers JD.com and Suning, were ones depicting both Apple's Memoji and promoting Apple Music. 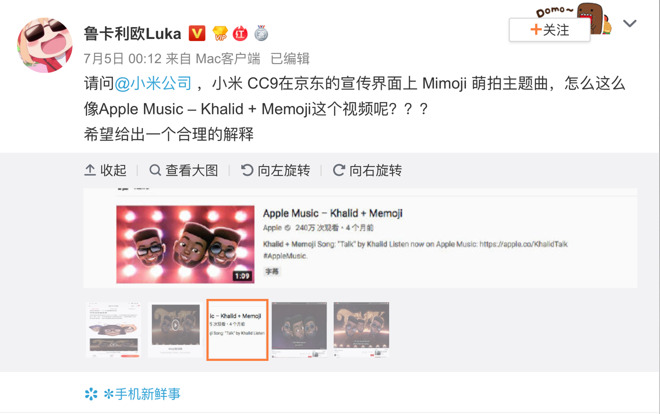 It's been corrected now, but this is what a Weibo user found. It's an Apple Music Memoji promotion accidentally included in a Xiaomi retail store ad.

As reported first by Caixin Global, a China-based news and economics publication, the error was spotted by users on the Weibo service.

Xiaomi's public relations general manager, Xu Jieyun, has now said on Weibo that it was a mistake.

It was reportedly a case of staff "uploading the wrong content."

Xiaomi has routinely been accused of copying Apple hardware designs before.