AppleInsider
Posted: July 16, 2019 12:13PM
in iOS
Apple is making a greater push into the Middle East with an Arabic version of the App Store, with the digital storefront offering localized content being tested in beta ahead of an expected public launch in September, in a bid to grow regional revenues from a proportionally younger population. 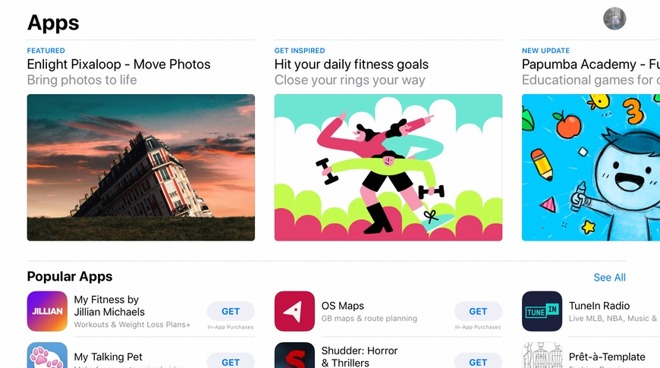 Anticipated to arrive alongside iOS 13 and the 2019 iPhones, the all-Arabic version of the App Store is currently accessible for those enrolled into Apple's developer and public beta schemes. The store itself offers content more tailored to Middle East markets, with more Arabic content on show than in the current version of the App Store.

The move is said by the Jerusalem Post to be an attempt to grow Apple's revenue in the market, and a continuation of its previous work. An earlier version of the store was offered in 2015, but since that time, the amount of Arabic content available has grown considerably, making a better case for a localized version.

"Apple's move happens in the context of the app industry being one of the few booming non-oil growth sectors," said Sam Blatteis, CEO of government relations firm MENA Catalysts. Blatteis highlights the size of the Middle East is comparable to the United States in terms of population at approximately 330 million people, but with a higher proportion of people aged 35 or younger, making up two thirds of the population.

"They have more of a proclivity toward tech adoption than other age demographics," suggests Blatteis, with the region being a massive opportunity for Apple. "The Middle East represents still largely an untapped growth opportunity. If you look at the geometry of rapidly expanding youth demographics married with soaring demand and consumption for apps, you see the tectonic plates moving beneath our feet that show just how large the stakes are."

By offering a version of the App Store for the Arabic-speaking world, Apple may potentially coax customers who have yet to embrace the online world. "Having apps and entertainment and media content that reflects the indigenous people of the country fosters a spike in demand," Blatteis continued. "When you have content that is by Arabs for Arabs to Arabs, you reap significant gains that you don't see as often in a foreign language that is imported."