AppleInsider
Posted: July 30, 2019 6:19PM
in General Discussion
LG on Tuesday said it's now rolling out AirPlay 2 and HomeKit to select 2019 TV models in the US via a software update. 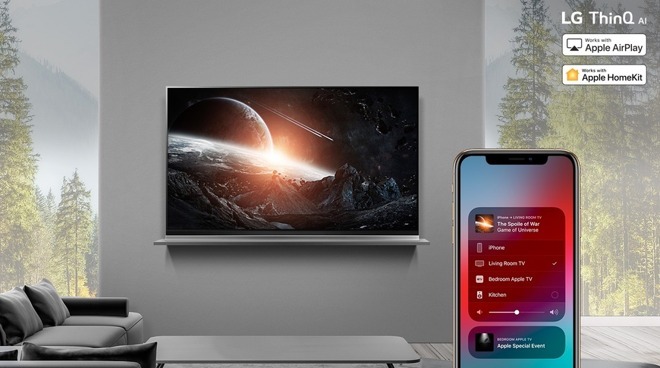 The update is available for OLED and NanoCell 4K TVs with ThinQ AI, LG said. An exception is the SM8100 series. Compatible sets start at about $800 and can climb as high as nearly $10,000.

Announced at CES this year, the arrival of AirPlay 2 on TVs means people can push movies and shows via Siri or compatible iOS apps, rather than having to own an Apple TV. HomeKit compatibility enables control of functions like power and input selection.

LG is one of the first TV makers to officially deploy the technology, since Vizio's update remains in beta testing. The latter company will be supporting TVs as old as 2016, however, whereas LG is limiting efforts to 2019 units and onwards. Other companies on board include Samsung and Sony.