AppleInsider
Posted: August 15, 2019 7:39PM
in iOS
Apple is continuing to evolve iOS 13, and included several public-facing tweaks with the seventh developer beta. Here is everything we've found so far. 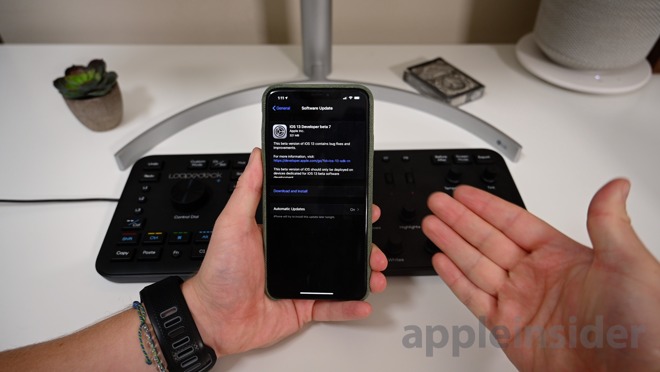 The 7th developer beta of iOS 13

Kicking things off, we see some changes from the previous beta reverted -- such as the overly saturated folder backgrounds found in beta 6. They once more appear normal.

We also saw the three gradient wallpapers in the Home app return with this beta, alongside all of the new smokey ones that were previously added. 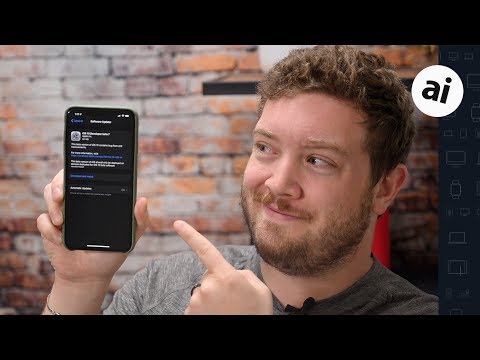 Inside of Messages, name and photo sharing seems to now be functioning. This is what allows your image and preferred name to be shared with those who add your number -- either everyone or just your contacts.

Looking at the keyboard, the microphone icon has been tweaked ever so slightly. The change in beta 6 that caused a shortcut menu to appear any time you tapped the screen with three fingers has been updated to only appear when actively typing. That way while typing, if you tap with three fingers one gains quick access to cut, copy, paste, and undo and it won't appear any other time.

If you are beta testing any apps, there is a new TestFlight screen that appears on launch that explains to users how to take a screenshot. 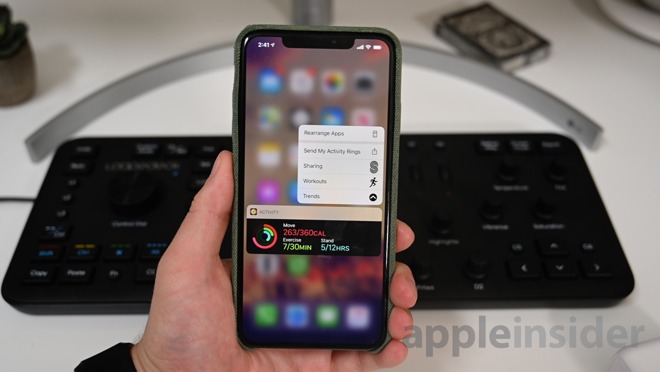 When users 3D Touch on icons on the Home screen, the contextual menus are now much smaller -- especially noticable on the iPhone XS Max.

The buggy Dynamic Wallpapers have been fixed and "All Photos" and "Recent" albums have returned to the wallpaper menu.

Screen Time in Settings now has a new average line that spans the week and while in day-view, the week is also viewable.

The last big change we encountered was instead of light and dark "appearance," the Control Center toggle now reads "Dark Mode" on or off.

And, there is a graphic that suggests that the "iPhone 11" will be revealed on September 10.

We are still missing some features that disappeared in previous builds. HomeKit automations that employed the HomePod or AirPlay 2 speakers are still gone, as has the Automation tab inside the Shortcuts app. Sharing an ETA in Maps is still gone, as is the ability to announce calls to AirPods.