How to fix one AirPod not working

AppleInsider
Posted: December 7, 2019 2:42PM
in General Discussion edited October 2020
For no reason that you can fathom, either the left or right AirPod Pro isn't working and you're just getting sound in mono out of the other. If the causes aren't clear, though, the solutions are. 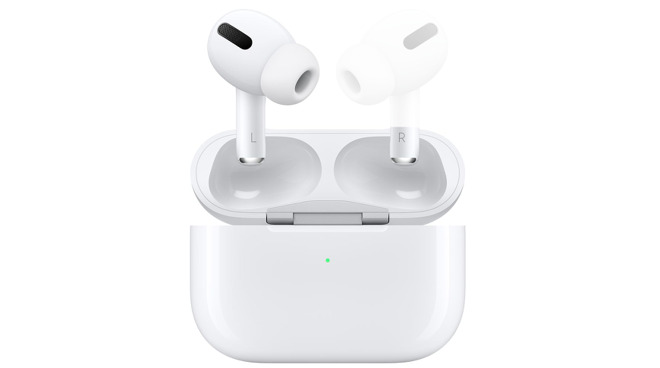 You're sure you bought a pair of AirPods Pro, but one sounds as if it's missing.

This can happen to any version of AirPods, but we've been experiencing it with AirPod Pro. They've been working fine, and then the next time you pop them in your ears, one isn't working.

By chance, we always seem to get it with the AirPod that we put in our ears first. And we know immediately that the problem is back because we don't hear that switched-on chime until we put the other AirPod in.

There is no one definite cause but there is one definite suspect and that's Bluetooth. We might suspect this anyway because Bluetooth is startlingly wobbly, but in this case we always seem to get it soon after we've changed a connection.

We've had zero problems switching between using the AirPods Pro on multiple iPhones and iPads, but we have after switching to a Mac or an Apple TV.

Take both AirPods out of your ears so that the audio pauses, then put them back in and sometimes that's it, you're done, it works.

More often, it doesn't. In that case, the next quickest solution is to put both AirPods back into their case and leave them there for a half a minute. Then when you try again, it may work.

These two solutions have worked for us most of the time, but occasionally you need more.

The longer but surer solution

If you've switched the AirPods Pro to Mac or Apple TV, switch them back to your iOS device. You're going to make that device forget about the AirPods, then you're going to reconnect them and this will fix it for all your devices. 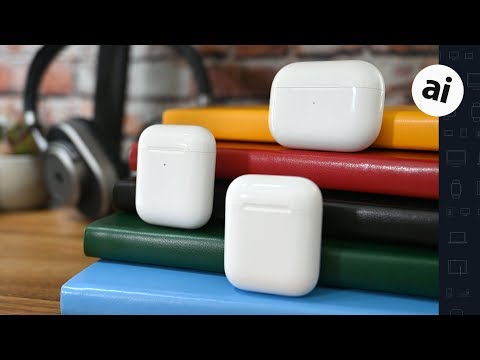 First, you need to know that the AirPods Pro are charged. Put them back in their charging case. You'll see a green or orange light come on, which tells you that the case itself has either a full or a low charge.

Close the lid, then hold the case next to your iOS device. When you now open the lid, you'll see a display on the iPhone telling you what percentage battery charge you have. But it'll show you two figures -- one for the case and one as an average of the two AirPods together.

To find out the charge on each AirPod, take one out of the case, and the display on your iOS device changes to include separate figures for the case and the two AirPods. If you see that there's zero charge in one of them, that's why you had the problem and the solution is to charge it back up again.

You're going to have spotted if you've used a single AirPod for several hours, though, so it's most likely that you need to continue the fix by disconnecting your AirPods Pro, or AirPods:


Now return the AirPods Pro to their charging case and shut it. Leave it for 30 seconds or so, then open the lid.

It's very important that you do this next step with the lid of the case open and the two AirPods Pro in there. Find the setup button, the small, round one on the back of the charging case. Press and hold that while you look at the front of the case.

The light that shows green for charged and so on, also now flashes white. That means the AirPods Pro case is discoverable as a Bluetooth device.

You are just reconnecting the AirPods Pro, practically as if they were still new. But if you do this, if you follow all the reconnection instructions your iOS device says, you will have fixed the problem.

Apple advises that you also clean the speaker grills on the AirPods. These can get remarkably dirty and clogged up with earwax, so do look at the speaker.

If you've done everything and the problem won't go away, it's time to go to an Apple Store.