AppleInsider
Posted: May 18, 2020 12:46PM
in General Discussion
A project to create a low-cost Zika virus sensor for the iPhone is being reworked to test for COVID-19, one which could allow people to perform daily tests for the virus without requiring invasive nasal swabs. 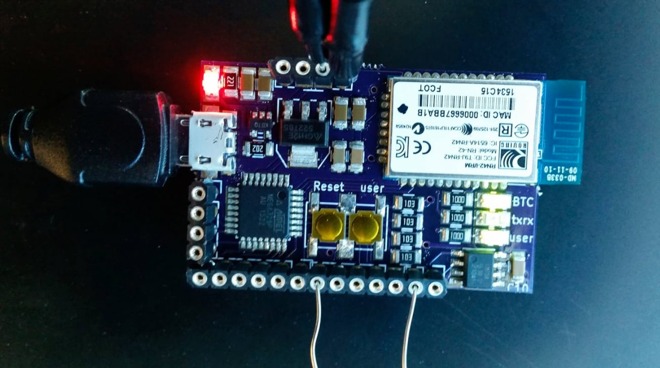 A prototype of the COVID-19 sensor

Current testing for COVID-19 typically relies on a medical professional swabbing at the back of a person's nasal cavity, a procedure that is uncomfortable and too invasive for its critics. In a University of Utah project, it is hoped that an alternative method will enable for quick and cheap testing, while also making it more comfortable.

Originally created to detect the Zika virus in 2016, the project led by Professor Massood Tabib-Azar aims to rework the sensor so that it could perform a similar detection of COVID-19, and potentially doing so within 60 seconds, reports Metro.

The project received a boost in early May, receiving a $200,000 National Science Foundation Rapid Response Research grant to further fund its progress.

"We started this project about 12 months ago," said the professor. "The main idea was to enable people to have their own personal sensor to detect Zika in places that they travel. The plan is to program it to identify COVID-19 instead."

A prototype device has been created, measuring an inch wide, one that connects to a host device over Bluetooth and drawing power from a smartphone's charging port. After opening a companion app, the sensor requires a particle of saliva to be deposited for a reading.

DNA strands in the virus bind onto proteins on the sensor, in turn creating electrical resistance and triggered a positive result in the app. Once a test is completed, the sample can be destroyed using an electrical current, leaving it ready to be reused in another test.

Along with collecting airborne particles, the sensor also works to detect the virus on surfaces, via the use of a swab. Details of a positive result could feasibly be sent to an authority, such as the CDC, for tracking purposes.

The researchers claim that sensor will cost consumers about $55, and would be reusable without needing any consumables, limiting its long-term cost. By making it cheap, the sensor could feasibly make testing widespread, helping control and curtail the spread of the virus.

Currently the device is expected to enter a clinical trial in July, with a view to making it available to the public by August at the earliest.

The use of electronics to detect viruses is an area Apple has considered for a while, according to patents. Apple has patent applications relating to the use of sensors to detect poisonous gas and airborne chemicals, including one from 2019 using selectively adsorbent layers that allow specific compounds to pass through to electrodes, as well as heating elements to refresh the sensor over time.

Another application from 2016 proposed an environmental sensor in a speaker enclosure, with the nature of the speaker enabling for the drawing in, capture, and expulsion of air, water, and other materials for sampling. The included sensors could range from a volatile organic compound sensor and particulate sensor, to more traditional gas, moisture, and temperature sensors.

Environmental protection also appears in an April patent, one which proposes an Apple Watch could detect water and determine if the user is drowning.

On May 14, Stanford University's Health Innovation Lab opened enrollment for a study that aims to see if wearable devices like the Apple Watch could be used to track and identify diseases like COVID-19.