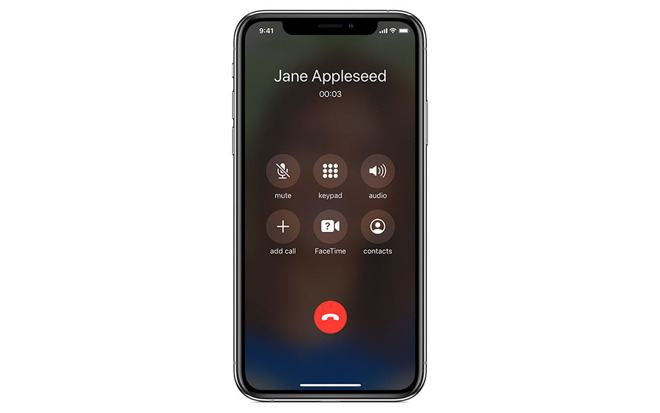 An image of a settings pane for the supposed iOS 14 feature was apparently obtained by the jailbreaking community through a leak and sent to Chinese-language site ITHome.

According to the image, flipping a switch under the new settings pane will enable automatic recording of "all incoming and outgoing calls on this device." The settings panel also notes that users should notify all parties on the audio call before they begin recordings. That's likely because it's illegal in some regions to record another person without consent. 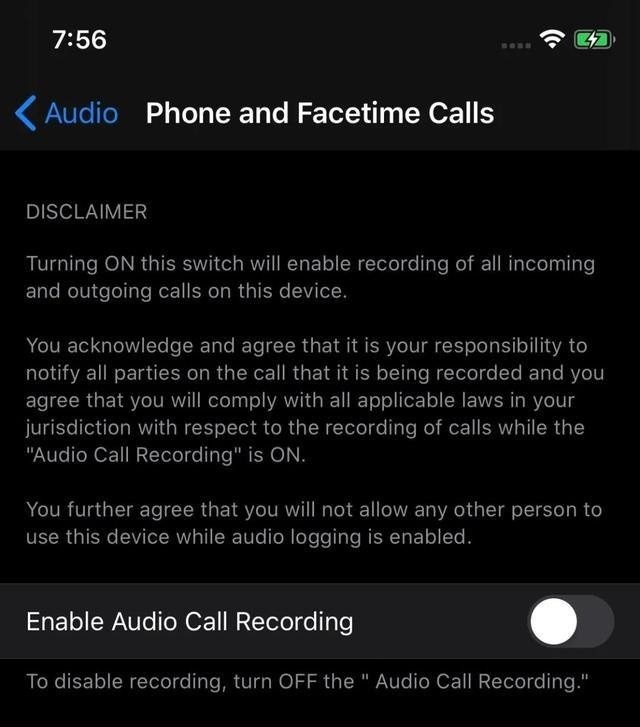 The alleged leaked image of the settings interface. Credit: ITHome

AppleInsider is unable to verify the authenticity of the image, though there are some aspects of the screenshot that suggest it may have been faked. The letter "t" in "FaceTime," for example, isn't capitalized as it should be. Further, the text in the settings panel is inconsistent and swaps between calling the feature "recording" and "audio logging." Apple, on the other hand, is very particular in naming references to new features in system text.

That leaked version of iOS 14 has revealed a number of new features, including an augmented reality commerce app, a built-in translator for Safari and details about a new "CarKey" API.

Apple is widely expected to debut iOS 14 at its virtual WWDC 2020 conference, which kicks off on June 22.

Update: In a Twitter comment, leaker @choco_bit said that the settings page was pulled from an internal iOS build not meant for production, and added a few additional details about the leaked internal builds.

An example pulled from one of these amalgamated builds pic.twitter.com/PAE9K5FdSA