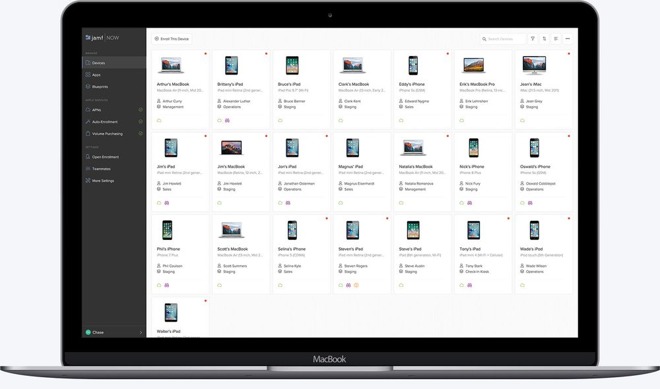 In a confidential filing with the U.S. Securities and Exchange Commission Tuesday, Minneapolis-based company listed an offer size of $100 million. That offer size is a placeholder amount and is likely to change. The company was aiming to be valued at $3 billion in the listing.

Jamf, founded in 2002, makes MDM platforms that lets enterprise users manage fleets of Apple devices -- including iPhones, Macs and iPads. Apple itself has a client of Jamf since 2010, through it comprised less than 1% of the company's total revenue in 2019.

The MDM solutions company is well-known for its reports indicating that businesses and enterprise users prefer Apple devices. At its 2019 user conference, Jamf also announced new features and updates focused on security, deployments and education.

Jamf's IPO filing on Tuesday, spotted by Bloomberg indicated an $8.3 million net loss on $60 million in sales in the first quarter of 2020. The same period in 2019, Jamf reported $9 million in losses on $40 million in revenue.