AppleInsider
Posted: September 1, 2020 7:12PM
in iOS
Apple is warning developers about the introduction of new international digital services taxes and changes to sales tax, which could potentially impact developer revenues. 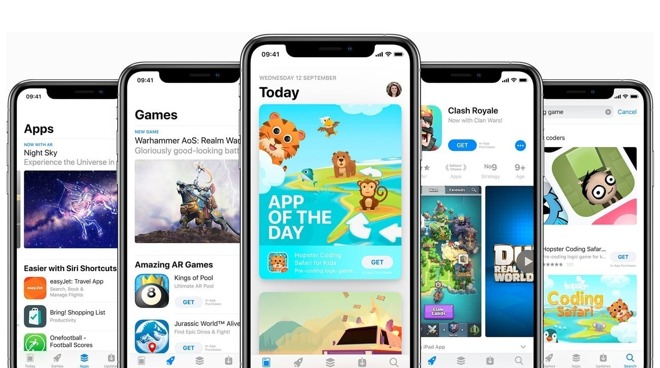 In emails sent to developers in the Apple Developer Program, Apple advises it will be adjusting its App Store prices in four countries, to reflex tax changes. Apps sold in Chile will now be subjected to a new value-added tax of 19%, while apps prices in Mexico will take into account a new 16% value-added tax

For Saudi Arabia, the value-added tax has raised from 5% to 15%, and in Turkey, the existing 18% value-added tax is joined by a digital services tax of 7.5%. Proceeds of sales within the App Store for those four countries will be adjusted automatically, with revenue calculated based on prices after tax deductions.

Pricing charts reflecting the tax changes are available from Apple's developer site ahead of the change. The changes will be implemented over the "next few days," according to Apple.

At the same time, Apple has advised of other taxes that will be affecting the United Kingdom, France, Germany, and Italy, with proceeds being recalculated, though there will not be any changes in App Store prices. Out of the four countries, revenue in Germany will increase for developers, as it reduced the value-added tax rate from 19% to 16% as from July 2020.

Looks like there's a new additional 2% 'digital services' tax in the UK (and a few other EU countries). Getting ready for my App Store sales to go down even further. pic.twitter.com/kgGjMvTAMm

France, Italy, and the UK all have a new digital services tax being applied of 3% in France and Italy, and 2% in the UK. These are all on top of the existing value-added tax, rated at 20%, 22%, and 20% respectively.

The digital services taxes are an attempt by the governments to raise more funds from sales generated by major tech companies, such as Apple. In the case of the UK sales tax, the government hopes the move will make brick-and-mortar stores more competitive against their online counterparts, though previously it was viewed as an attempt to get major multinationals to stop minimizing taxes and to pay more corporation tax.