AppleInsider
Posted: September 17, 2020 2:13PM
in General Discussion
Certain Spotify users can now stream music directly to their Apple Watch without requiring a connection to their iPhone. 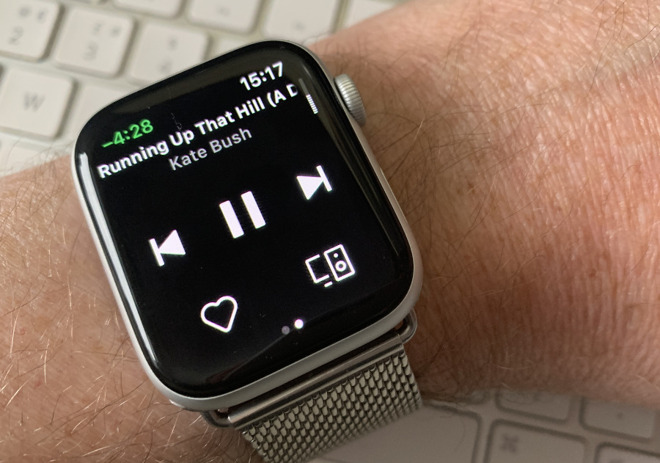 Some Spotify users have begun reporting that they have been given the ability to test out a beta release feature -- the ability to stream music from Spotify over the Apple Watch without being connected to an iPhone.

Users who have been chosen see a blue beta badge next to the Apple Watch icon under the connected devices option. 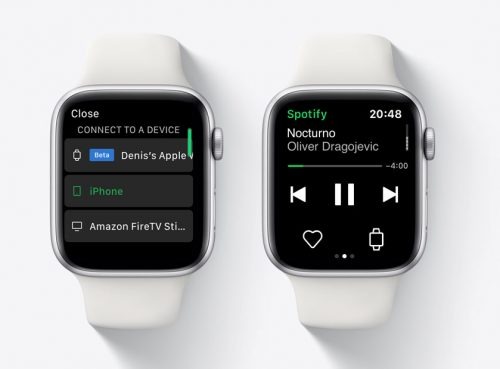 There currently seems to be no rhyme or reason as to who is picked, and there is no way to opt into the beta. An Apple Watch user named Max told iPhone Ticker that the icon appeared on his cellular-enabled Apple Watch Series 3 on the weekend of September 12.

Spotify was recently in the news for lashing out against the newly announced Apple One services bundle, stating it "threatens our collective freedoms to listen, learn, create, and connect."

Spotify is one of the earliest public voices to speak out against Apple, claiming the company gives itself advantages against competitors such as itself.