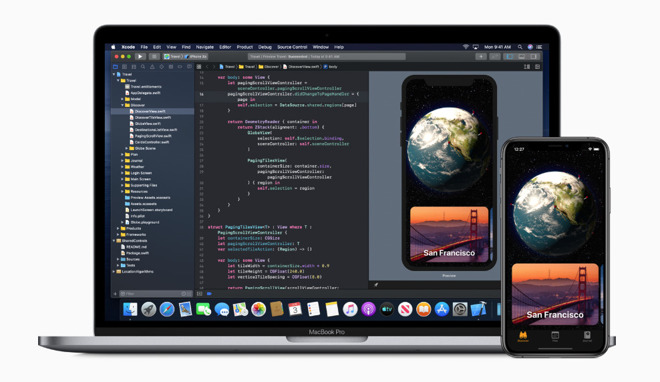 Xcode operating on a MacBook Pro

The release is strange for multiple reasons, as there has not yet been an iOS 14.1 nor an Xcode 12.1. When Apple skips version numbers it generally indicates changes occurring on the internal alpha testing that did not require developer testing or critical bugs being fixed before release. It isn't clear why the jump was made this time.

Apple will be releasing the iPad Air 4 in the coming weeks, so it is likely that iPadOS 14.2 will be shipped on that device. The "iPhone 12" is expected to be announced at any time before the end of October, so it shipping with iOS 14.2 is highly likely.

Apple tends to get software out to developers at least a few weeks prior to shipping it to the public, so indications of future software in Xcode 12.2 means developer betas are likely to ship soon.

Apple held their "Time Flies" event on Tuesday to announce the Apple Watch Series 6, Apple Watch SE, new iPads, and an Apple One bundle. The company released the public versions of iOS 14, iPadOS 14, tvOS 14, and watchOS 7 on Wednesday.