AppleInsider
Posted: September 29, 2020 3:26PM
in General Discussion
For a product that Apple still hasn't officially admitted that it was working on, the "Apple Car" is getting a lot of research and development work, including steering, ventilation, and software-based self-adjusting sensors. 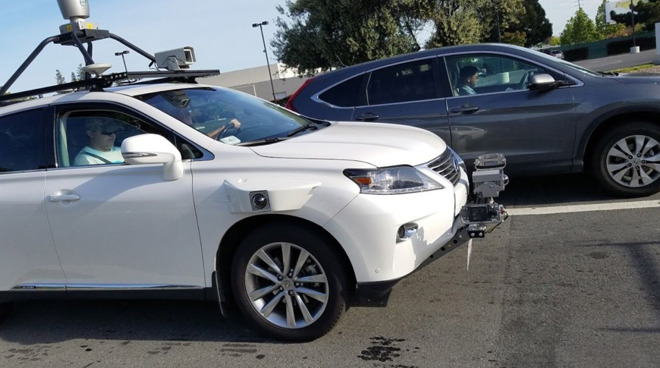 So that's which direction you're going, how comfortable you are, and how accurate the car's road sense is. Add these to the recent patents regarding cameras that identify landmarks, car doors, and automatically tinting roof glass. 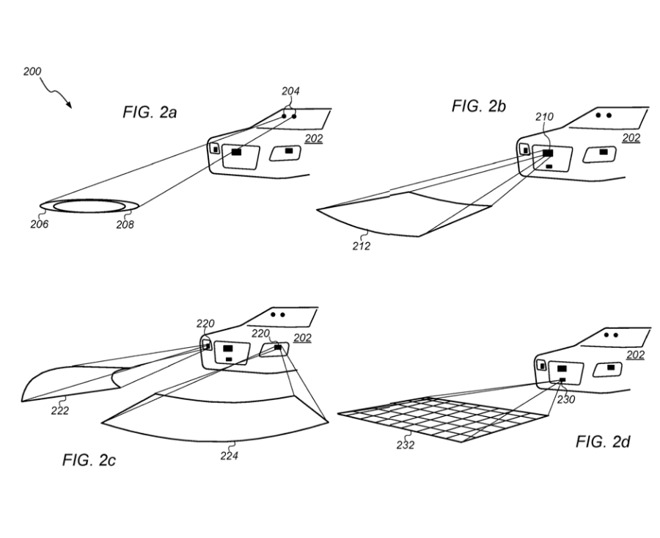 That makes sense, and it's also something we're used to seeing from Tesla cars. However, Apple is concerned with how these sensors perform over the long term.

"Over time, the vehicle may encounter various impacts that may disrupt positioning of the sensors, such as bumps in a road, vibrations from driving or sudden stoppage while driving," continues the patent. "These impacts can potentially cause the sensors to be out of alignment from original factory specifications. Unaligned or misaligned sensors can disrupt autonomy functions of the vehicle due to incorrect or misinterpreted data from the sensors."

One solution would be for Apple to reduce the recommended time, or miles driven, between services. But this is Apple and that won't do.

"Taking the vehicle into a service center for realignment of the sensors is inefficient and inconvenient for an owner of the vehicle," says the patent. "Relative calibration may improve the functionality of the sensors to detect the surrounding environment."

Apple's logic is that to align a sensor properly, you need precision equipment -- and you've already got that right there in the car. This patent is about leveraging the whole set of sensors in order to spot when one has gone out of alignment.

The sensors that need alignment "may include one or more actuators," says Apple. This is the term used for any number of different elements in the car, elements that operate mechanisms or physically move. They include ones specifically for steering.

"Steer-by-wire system with multiple steering actuators," also newly-granted, is a patent regarding steering and especially when a driver allows the car itself to take control. 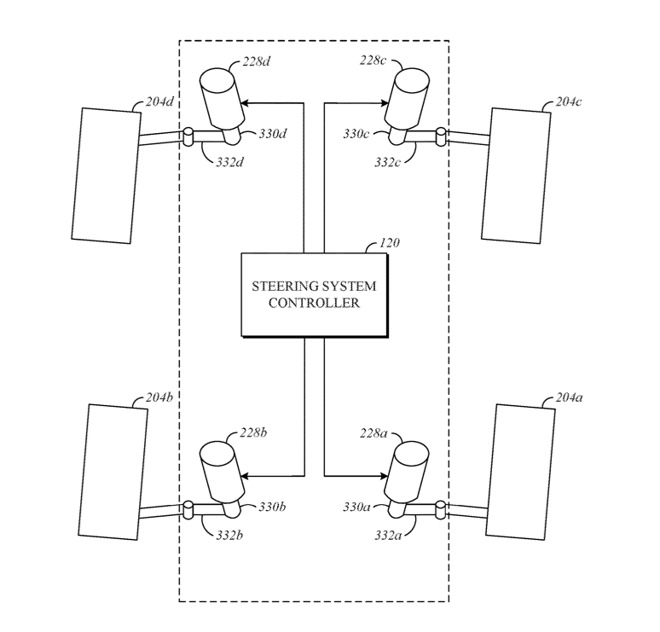 While not specifically stated, the patent includes the option for four-wheel drive

Despite all of the advances in car steering systems, right up to power steering, it is still fundamentally the case that when you turn the wheel, you directly turn the car. With Apple's proposed system, it could be that the car recognizes you've turned the wheel, and then separately indirectly matches that movement.

That disconnect between your physical action and what the car does could be as jarring as the first time you use cruise control. However, it is only one of many options, and this patent is to do with the car switching between them.

"[One] control mode is a fully manual mode in which the human operator steers the vehicle using a physical connection that is established between the steering wheel and the roads wheels," says Apple. Others include "an automated control mode," where the car is doing the driving. Or "some vehicles can also be operated in a remote control mode."

What the patent is concerned with is less the car taking over control and leaving you to spin the wheel uselessly, and rather exactly what happens when you reassert control. It's similar to how cruise control will switch off when you lightly touch the gas pedal, but the system can't suddenly slow down to the speed that light touch would suggest.

Whether you're in control of the car, or the car itself is, you've still got to be sitting there for a long time. The third of the newly granted patents is concerned with making your environment as comfortable as possible.

"Body structure ventilation," is about making a strong, lightweight, and well-ventilated car chassis. Every car maker aims to do exactly this, but every car maker is constrained by certain engineering requirements. 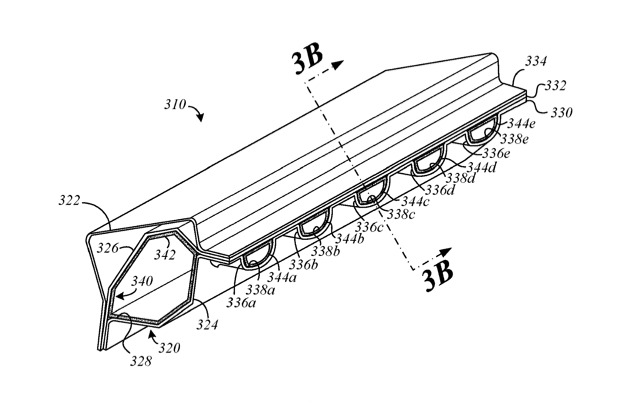 There are also B pillars, between the front and rear doors, plus C-pillars that are "positioned rearward of the rear door of the vehicle." All of these, plus "roof rails [and] door sills function to support the roof and the doors of the vehicle" and each has to be made to "satisfy certain strength requirements."

Add to this that cars have to include features such as safety airbags, and the space in a car's chassis is tight. Apple argues that this constraint is what prevents adequate ventilation around the vehicle.

That's as much about keeping the car itself cool, as it is about doing the same for the driver and the passenger. Under Apple's proposals, the space in the chassis for a heating duct is maximized, while "vehicle body structure [still] supports portions of the vehicle."

Apple proposes creating the structure from, in part, a "flanged portion" includes indentations that "form passageways... and a duct." Ultimately, it's about using the space available more effectively, and creating more such space where possible by the design of the individual supporting elements of the chassis.

These three patents are credited to a total of seven people. The sole inventor listed on the sensor alignment one, Micah P. Kalscheur, has previously worked on patents to do with Apple's Face ID technology.