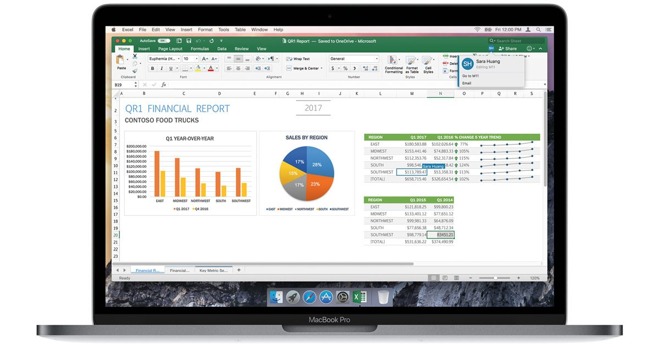 Although Apple has yet to release a consumer-facing Apple Silicon device, the company is expected to debut new models with first-party processors at its Nov. 10 "One more thing" event.

Ahead of that date, Microsoft appears to be introducing some Apple Silicon-compatible features in its Office Insider beta testing program. A new build released on Nov. 2 contains support for Apple-designed processors for SQL Server connectivity settings.

The Excel feature is one that allows users to access data from SQL server databases using baked-in ODBC drivers. Since the feature is in beta testing, it may be a while before it arrives on Apple Silicon devices.