AppleInsider
Posted: December 1, 2020 12:24PM
in General Discussion edited December 2020
A collection of advocacy groups has called upon President-elect Joe Biden to prevent tech companies like Apple from influencing the administration, over accusations the tech giants are a threat to democracy in the United States. 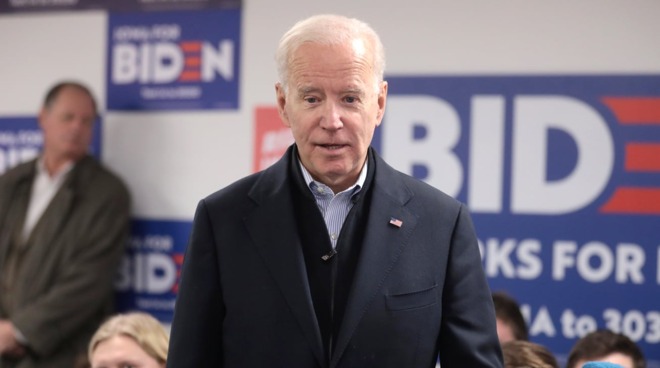 Published on Monday, the joint letter from 33 groups urges Biden to "reject the influence" of "Big Tech" corporations by excluding "executives, lobbyists, lawyers, and consultants from your administration." The group also looks towards working with the administration "to address the harms posed by Big Tech."

Naming Apple alongside Amazon, Facebook, Google, and Microsoft, the letter accuses the group of representing "serious threats to privacy, democracy, innovation, and Americans' economic well-being." The companies are all claimed to have "developed predatory business practices that harvest user data for profit," before asserting that Facebook and Google "irresponsibly wield immense influence over democratic elections, without oversight or accountability."

"Despite the myth that Silicon Valley is rife with entrepreneurs and small businesses capable of disrupting entire industries, these companies have killed, rather than fostered innovation," the letter continues, before accusing Amazon of taking advantage of Americans during the COVID-19 pandemic by "tripling their profits on price-gouged essential goods."

The group insists the Biden Administration must "confront the threats" posed by the companies, "however we can only bring these companies to account if you do not rely on affiliates of these very companies to make up your government." Existing efforts to influence Washington are highlighted, including increased lobbying and campaign spending, with Facebook and Amazon each said to be spending "more on lobbying than any other company in the country."

The "tide is turning" according to the group, citing a Pew Research Center poll showing almost half of Americans want tech companies to be more regulated, as well as the House Antitrust Subcommittee's investigation into tech companies, and the US Justice Department's antitrust lawsuit against Google.

"We believe that eliminating the decades-old revolving door between Silicon Valley and your administration will only help your cause," the letter concludes.

The letter is signed by groups including Public Citizen, Demand Progress Education Fund, the American Economic Liberties Project, the Awood Center, Future of Music Coalition, the Progressive Democrats of America, and Take on Wall Street.
«12»