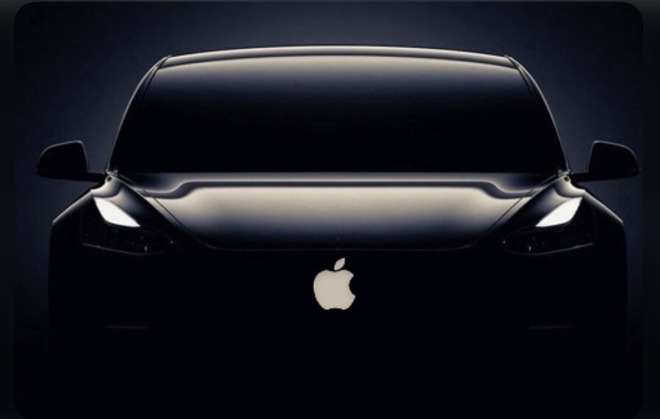 The "Apple Car" is a product that has supposedly been in the works for years, regularly surfacing in rumors, patent filings, and analyst speculation.

While it has been thought the vehicle may be years away from being introduced, a new report suggests that Apple may show off its in-development vehicle in the next year.

An element of the Apple supply chain in Taiwan alleges that Apple is making plans to release the Apple Car in September 2021, at least two years earlier than its original intended schedule. Apple is alleged to be rushing shipments through its supply chain, including from Taiwanese car part factories such as Heda, Heqin, Tomita, and BizLink-KY.

The report from the Economic Daily News, first spotted by MacRumors, also claims that other domestic auto part factories are accelerating production, which apparently signifies the "Apple Car" orders are anticipated to happen soon. Mass production by Heqin is expected to expand, with a completion of one relocation task by the end of 2020 and the opening of a fifth workshop for one plant anticipated to finish by the second quarter of 2021.

While the Economic Daily News has a decent track record in regards to what is going on within Apple's supply chain, it is quite poor at predicting release timing. It is entirely plausible that Apple is prodding its supply chain for car part production, but it seems extremely unlikely that it would be for a vehicle that will supposedly launch in 10 months time.

For a start, there is a considerable lead time required to produce vehicles, possibly on a par with iPhone development and production. The sheer number and size of parts for car production would necessitate major production facilities for assembly, which have yet to really appear in supply chain rumors so far.

Other car manufacturers have high levels of secrecy yet leaks for unreleased vehicles surface months ahead of their launch. A similar cycle would be expected for Apple's car if it were in the end-phases of shipping a vehicle.

It is more plausible that Apple's supply chain orders are an initial preparation stage to test the waters before heading into production, or for the creation of a small number of vehicles for testing purposes.

This all leads to it being highly unlikely that Apple would be ready for a September 2021 release of its vehicle. This doesn't discount the possibility of Apple offering a tease for the vehicle at that time, but a release is almost certainly going to be further away than the report claims.

By contrast, the usually more accurate analyst Ming-Chi Kuo has previously suggested that the "Apple Car" will be realised as a shipping consumer product by 2023 at the earliest.
«12»