AppleInsider
Posted: January 28, 2021 11:40AM
in General Discussion edited January 28
A newly-revealed patent application shows that Apple is pressing ahead with its search for a "folding camera" for the iPhone. 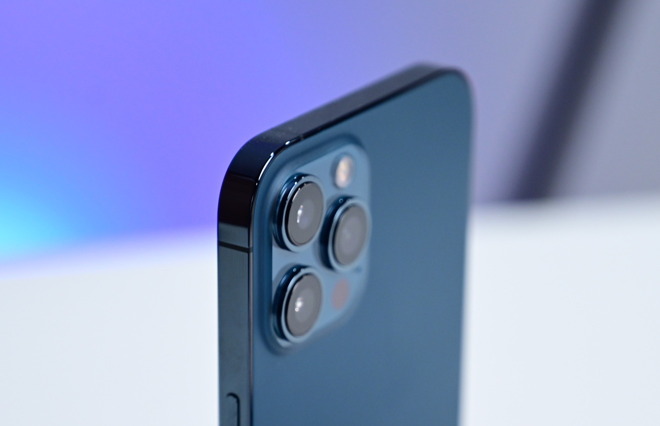 Apple has been expected to develop a "folding camera" for a future iPhone. Most recently, Apple has reportedly been searching for a supplier to make such a periscope lens, and now a new patent application explains the thinking behind it.

It's previously been reported that a folding lens system could reduce the camera bump on the back of iPhones. However, Apple has been researching this for several years, already holding multiple patents on the topic.

This latest patent application, "Camera Including Two Light Folding Elements," is specifically concerned with the balance between having an improved camera while keeping the small form factor of an iPhone, or an iPad.

"The advent of small, mobile multipurpose devices such as smartphones and tablet or pad devices has resulted in a need for high-resolution, small form factor cameras that are lightweight, compact, and capable of capturing high resolution, high quality images at low F-numbers for integration in the devices," says the application.

"However, due to limitations of conventional camera technology, conventional small cameras used in such devices tend to capture images at lower resolutions and/or with lower image quality than can be achieved with larger, higher quality cameras," it continues.

Apple says that what is needed is a "photosensor with small pixel size and a good, compact imaging lens system." But as these have been developed, demand for even better ones has increased.

"In addition," it continues, "there are increasing expectations for small form factor cameras to be equipped with higher pixel count and/or larger pixel size image sensors (one or both of which may require larger image sensors) while still maintaining a module height that is compact enough to fit into portable electronic devices." 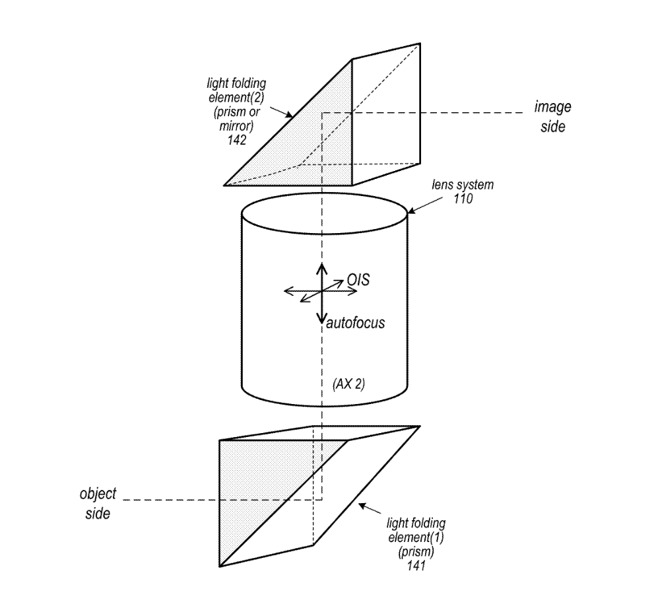 Apple's proposal is a lens system may be configured in the camera to move on one or more axes independently" of a prism or mirror in the iPhone body. This patent application describes very many different combinations of types of lens, and the number of lenses, but broadly the proposal follows one core idea.

"The camera may include an actuator component configured to move the lens system," it says, along with "two light folding elements (eg two prisms, or one prism and a mirror.") As well as the zoom function that a periscope lens is expected to give, this particular configuration could also "provide optical image stabilization (OIS) functionality for the camera."

The patent application is credited to Yuhong Yao, whose previous work includes several granted patents on related topics. Chief among those are a series of patents for folding lens systems with three, four, or five refractive lenses.