Future Apple Watch may move its battery to give haptic feedback

AppleInsider
Posted: January 28, 2021 5:00PM
in General Discussion
Apple is investigating how to make the battery in an Apple Watch move in order to provide haptic feedback to the wearer. 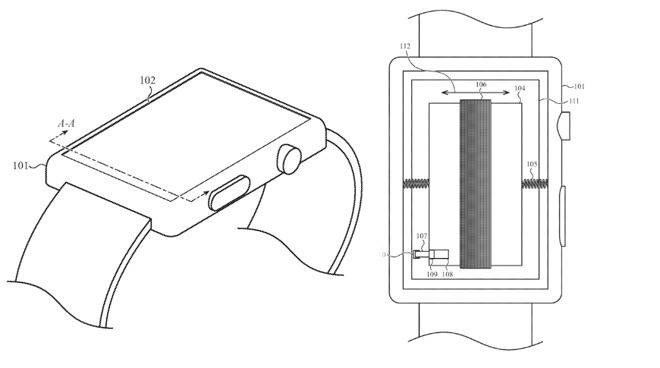 Apple is continuing its efforts to make Apple Watch thinner, this time by looking to remove the need for a standalone Taptic engine. Instead of space being taken up by that engine, Apple is looking to see if it can instead make the battery do double duty as a haptic feedback source.

Newly-revealed patent application, "Portable Electronic Device Having a Haptic Device with a Moving Battery Element," is the latest of many attempts to relocate the haptic engine. Previously Apple has looked at using a haptic wrist band, and also at modifying the charging coil to do the same thing.

In each case, the object has been the same. Apple has looked for ways to take a component it cannot do without, and making it do more.

"Traditionally, electronic devices include one or more buttons or electromechanical switches for providing input," says the patent application. "Some devices include a touch sensor or touch screen for receiving input. However touch sensors generally lack the mechanical feedback to alert the user that an input has been registered."

"[The descriptions in this patent application] are directed to a haptic device that moves a battery element in order to produce a tactilely perceptible pulse or vibration along an exterior surface of the device," it continued.

This means having a battery that is "electrically coupled to the display," and also "a coil assembly" that is "configured to induce an oscillatory movement of the battery element parallel to the display to produce the haptic output."

As well as potentially removing the need for a separate haptic engine to save space in the Apple Watch, it's possible that Apple would use that space for other reasons. Specifically, Apple points out that currently the Watch's "battery element may be smaller than would be possible if the haptic device was not included, decreasing possible battery life."

Much of the patent application is concerned with the physics of what would have to be done to the battery, how much it would have to move in order to be effective. 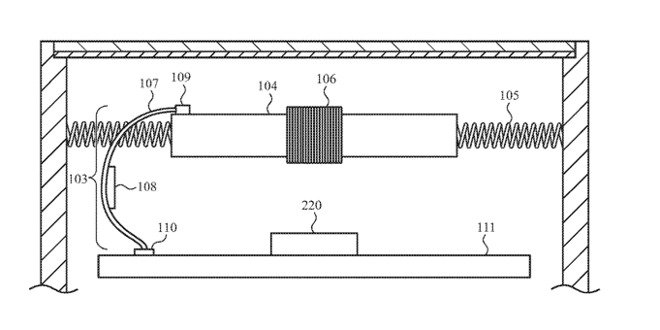 So currently the haptic engine takes up space by itself, then it takes up even more space because of its need to move. "Thus, even when the mass is made smaller to accommodate a larger battery element, the additional space needed for the haptic device to move the mass may still limit available space for battery element size."

"A larger battery element may require a smaller haptic device, which may not have a large enough mass and/or move the mass far enough to generate haptic output with a desired magnitude," says Apple.

The patent application attempting to propose solutions to this balance between component size and functionality, is credited to six inventors, including Erik G. de Jong. His previous related work includes a patent covering ways to utilize Apple Watch bands to provide concealed batteries.