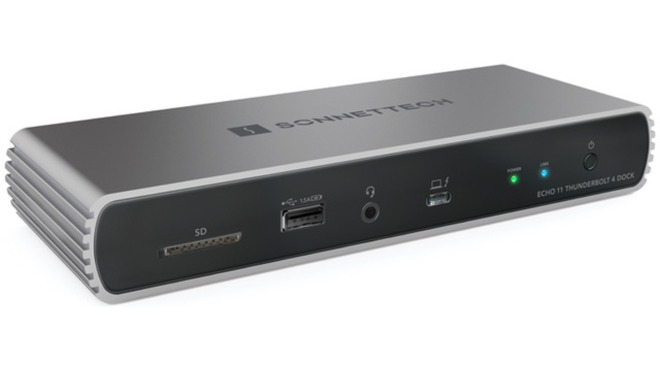 Thunderbolt 4 is a backwards-compatible spec that allows for a single device to work across multiple port specs. Connect the new Sonnet dock to any Thunderbolt 3 Mac, including the M1 Macs.

The dock connects via a single Thunderbolt cable so the maximum data that can be carried from the dock to your computer will be limited to 40Gb/s. This means that even if you connect fast NVM-e Thunderbolt drives to each of the three ports, they all cannot transfer data simultaneously at 40Gb/s, with speeds managed by the controller in the dock.

When using the dock with an M1 Mac only one external display can be connected at up to 6K resolution through a Thunderbolt port. The dock is rated for a maximum output of two 5K displays with Intel Macs. 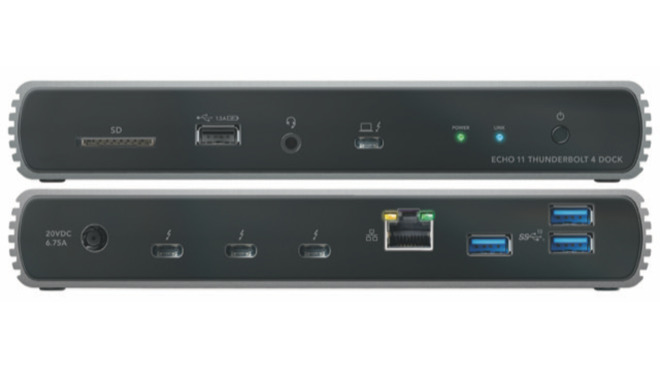 Turn one Thunderbolt port into 11

The ports included on the Echo 11 Dock are: The Sonnet Echo 11 Thunderbolt 4 Dock is available for preorder now, for $199.99. The price reflects a $50 savings off the final retail price. Preorders are expected to ship in April.