Review: Fledging Hubble for iPad brings more ports and protection to your tablet

AppleInsider
Posted: March 7, 2021 11:14PM
in iPad edited March 8
Hubble is a new combination case and USB-C hub designed for iPad Pro that protects your precious device while equipping it with expansive new connectivity. 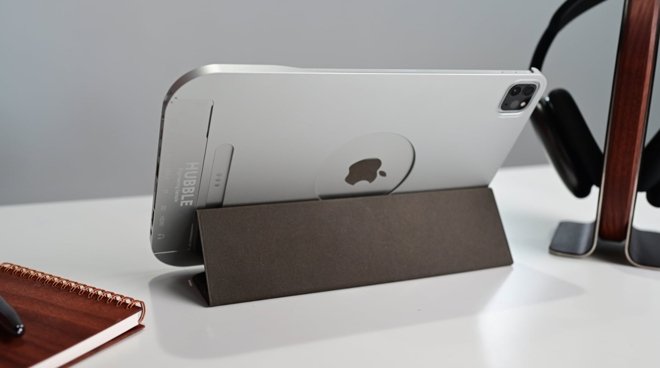 Hubble has an extremely unique design, unlike any other hub we've tested to date. We've seen many covers and cases for iPad Pro, and we've seen just as many USB-C hubs designed to expand the iPad's functionality.

Rare is it to stumble upon a product that combines the two. 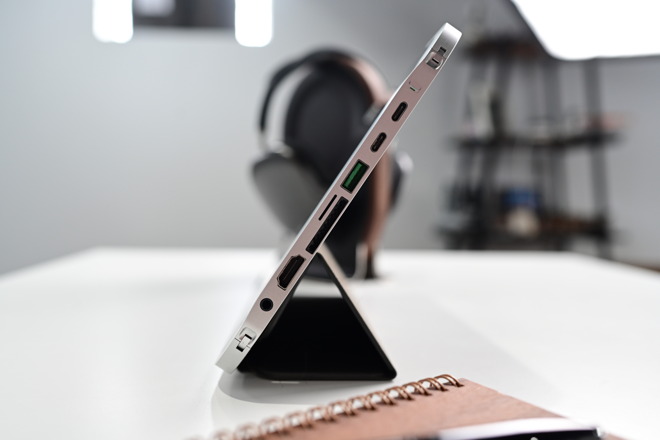 Ports on Hubble for iPad Pro

Your iPad Pro lives inside Hubble, which covers your device's sides and back in anodized aluminum. The bottom of your iPad, where the USB-C port lives, extends roughly an inch further than it does without Hubble, adding a full array of ports.

With Hubble, your iPad gains: Aside from the ports, Hubble also has a replica of Apple's Smart Folio. It magnetically attaches to the rear of Hubble and protects the front of your iPad.

When your iPad is in use, the cover can be removed or it can be folded behind. Like the original Smart Cover, the Hubble cover can roll up as a grip or prop up the iPad at two different angles. This is just another way Hubble helps you get your work done.

The magnetic attraction holding the cover to the back is exceptionally strong and was very impressive. We were worried connecting it that way would be too weak, but that is clearly not the case. 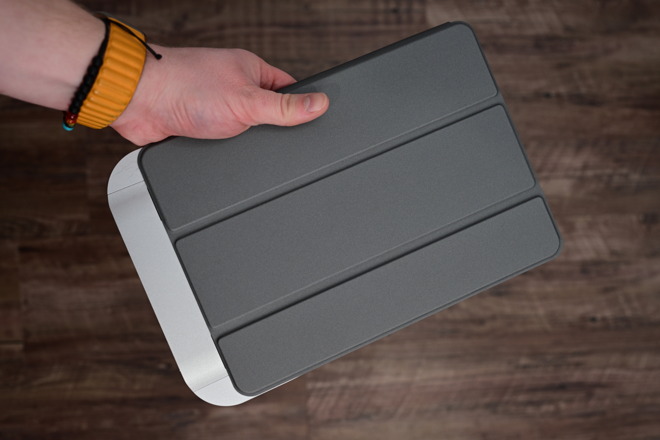 Cover of Hubble for iPad Pro

Despite Hubble being protective, the left side is only half covered to allow wireless charging of your second-generation Apple Pencil.

There are many other small details to be aware of with Hubble. There are concise cutouts around the device to allow proper access to the camera, microphones, Smart Connector, and speakers. Even the Apple logo is prominently displayed. 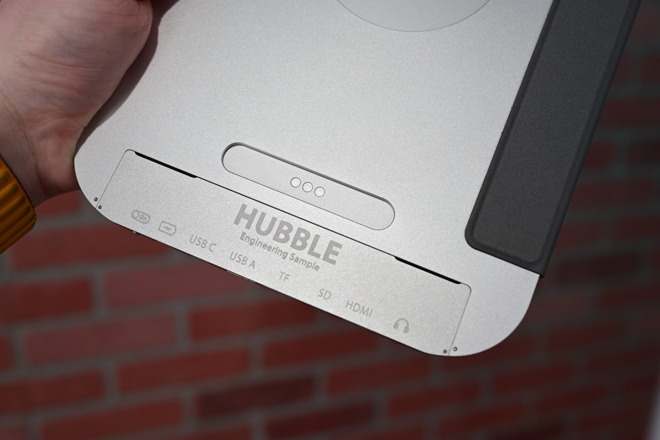 Hubble secures itself around your iPad via a pair of clips located on either side of your new ports. These clips are one of the few things we dislike about Hubble.

They are very tight, which is great for security, but will require some sort of tool to pry free. A small screwdriver or other leverage will be needed for the task.

It's unnecessarily annoying to do, especially if you are trying to take Hubble off quickly. We wish there were a less problematic method of securing the hub.

Being productive with Hubble

Hubble has been attached to our 11-inch 2020 iPad Pro for some time and also fits the 2020 iPad Air. We typically work on the larger iPad Pro, but we tested an engineering sample from Fledging and the 12.9-inch version wasn't yet available.

It's come in handy time and time again when we had to connect flash drives and other peripherals to our tablet. The Files app on iPad has made working between machines easier than ever and with integrated USB-C and USB-A ports.

A surprising benefit also came by way of the overhanging hub. Normal hubs are very susceptible to getting knocked free and certainly can't handle any degree of pressure being put on the side.

Since Hubble wraps around the sides and the back, it is more than secure. It creates an easily grip-able hangle for your iPad.

We walked around with our iPad with a secure grip on Hubble that didn't end with our fingers covering the screen. It was even great for reading. 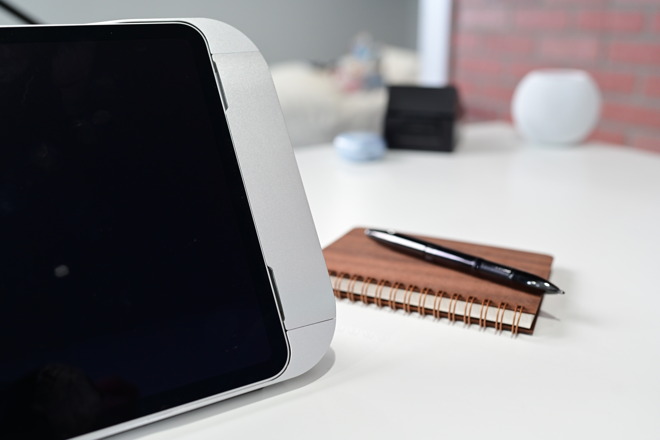 All the ports on Hubble worked as expected, with the charging port successfully recharging our iPad, and the USB ports worked for peripherals. It is a little burdensome that each USB-C port is specific for charging or data but not both, but this could be a limitation stemming from USB itself.

Another issue we have with Hubble is the travel switch, basically a kill switch that completely disables the hub when not in use. If you leave the hub on, it will slowly drain power from your iPad, leaving you with less battery capacity than you expected.

No one wants to flip a switch each time they use it, and it's a shame that Hubble has enough phantom power draw to make this an issue.

We understand that this phantom power draw can happen with any USB-C hub, but since this can't easily be removed, it is easy to forget to flip the switch and wind up with a low battery issue.

Should you buy Hubble?

Hubble is a great addition to the iPad for those that need it. If you aren't using the extra ports regularly, investing in Hubble makes less sense. 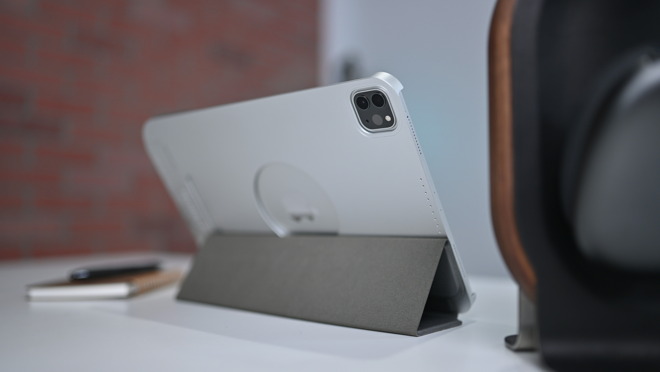 The added ports offer much-expanded functionality for us, and as we regularly connect storage, microphones, and card readers, it comes in handy. But it did add extra bulk and became a bit annoying when we took it on the go.

We couldn't remove it easily, so we were just stuck with extra ports despite the fact we didn't need them at that time.

As with most accessories, they are tailored to the workflow, and power users will love what Hubble has to offer. Others, perhaps not as much.