AppleInsider
Posted: March 11, 2021 3:24PM
in macOS edited March 11
Developers worldwide say that parcel companies refuse to collect some Developer Transition Kits, but accept others, and at times demand their return from the wrong address. 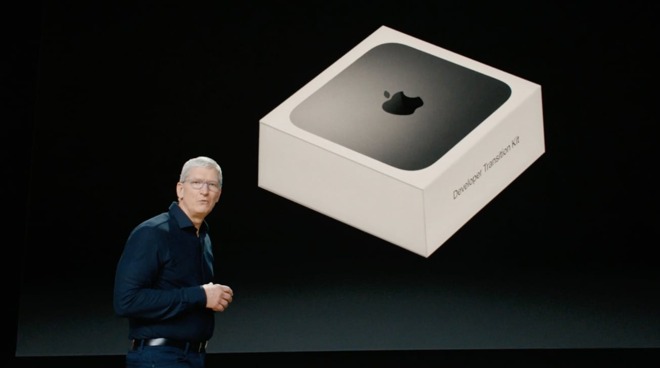 For a company that can time a million deliveries across the world, Apple is proving peculiarly poor at arranging collections. According to developers, their packaged-up Developer Transition Kits are being refused for not having shipping labels which are supposed to be provided by DHL in this case.

Repeatedly, developers are saying that if their DTK was collected, they have no proof that it was. And, many add that Apple's instructions may include a collection date, but mostly suggest it will be sometime in the next couple of weeks versus a specific day and time.

A man has taken away the DTK with no label, and I have no paperwork to prove it, but I do have a photo of somebody in a DHL uniform collecting the parcel. I am almost certain I will need that when Apple claims I never returned the DTK and threatens to shut down my dev account

James Thomson, developer of PCalc, has recounted how parcel firm DHL initially refused to take his because it lacked a shipping label. "I got them to phone head office who just confirmed they do have a label, it just never got printed and put in the van."

Steve Troughton-Smith also had to get DHL to check the details. "Well, DHL did take my unlabeled DTK box," he said on Twitter, "but only after double-checking that they were expecting an unlabeled box."

Others have been commenting on Thomson and Troughton-Smith's tweets, recounting more and varied tales of collections made or not made.

"For at least one person in Europe, they didn't get any notice of the DHL pickup of the DTK, they just turned up at the door," wrote Thompson. "In this case, the wrong door, since they had moved"

Some people got a knock at the door, others got 24 hour notice by text as normal -- and others are waiting.

"[In the UK] there isn't a way to schedule when it's being collected," says Thomson. "Just they'll turn up sometime between Monday and the end of the month."

Some developers are amused at the chaos, but others are concerned because they're leaving unlabelled parcels waiting to be collected. There is a fear that some will go missing and Apple won't accept that the developers haven't held on to them.

In our inquiries on the matter, DHL appears aware of the reported issues, and is taking steps to rectify the problem. We have also learned that there is a specific telephone number to contact DHL regarding matters like a change of address that Apple will provide, upon request.

The initial demand for the return wasn't exactly smooth either. Apple initially offered a $200 rebate off the purchase price of an Apple Silicon Mac in exchange for returning the DTK. Then after protests, it upped that to $500.