AppleInsider
Posted: March 31, 2021 4:28PM
in General Discussion
A burglar in Brazil has been arrested by local police who tracked him through the Apple Watch he stole. 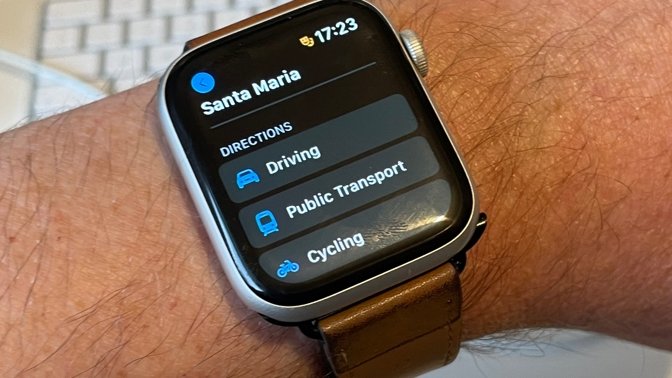 Getting directions to Santa Maria, Brazil

Apple Watch has previously helped theft and assault victims get help, but now one has led to the arrest of a perpetrator. The Civil Police of Rio Grande do Sol, in Brazil, tracked a suspect, based on information from an Apple Watch.

According to local publication MacMagazine, the Watch had been stolen from an unnamed man in the region's Santa Maria area. The man was robbed in his home, early on Saturday morning.

He was assaulted by three armed people wearing Brazilian Army uniforms. Among the items they stole was the Apple Watch, and also a BMW X4 car.

Within 24 hours, one of the three assailants was tracked through the stolen Apple Watch. Presumably the tracking was performed through the Find My app.

The tracking data was used to direct police to where the criminal was staying with his sister in Vila Brenner, Santa Maria. Items including the Watch were seized at the residence, along with the army uniforms.

The arrested 20-year-old has a record of theft, homicide, and drug trafficking. The unnamed victim positively identified the perpetrator, who has now been sent to the Santa Maria State Penitentiary.