Apple may soon open a second Apple Store in Berlin

AppleInsider
Posted: April 8, 2021 11:03AM
in General Discussion
Berliners are reporting that construction on a second Apple Store is underway in the east of the city. 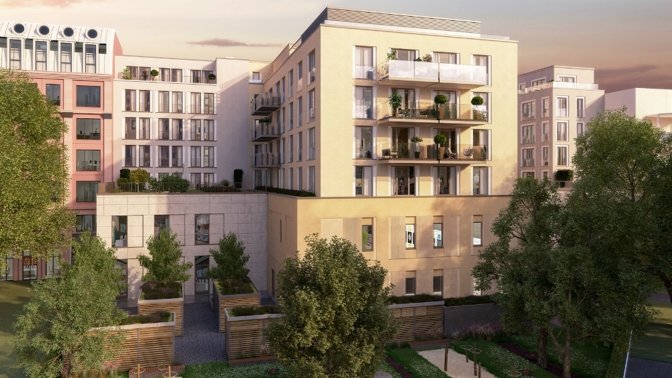 An architect artist's impression of the proposed store in Berlin. (Source: iFun.de)

Eight years after opening an Apple Store on Berlin's famous Kurfurstendamm avenue, the company is reportedly planning a second one some 12 miles away. Although Apple has not commented, multiple reports from locals are identifying typical Apple Store touches in a new construction in Berlin's Mitte district.

According to local publication iFun.de, a new store has been rumored for many years, including when Tim Cook visited the city in 2018. Now a large store is being built on the Rosenthaler Strasse, and initially iFun.de pointed out that the site features the same privacy screen used at other Apple sites.

Subsequently, local Berliners have added to the speculation with multiple photographs of the construction site. 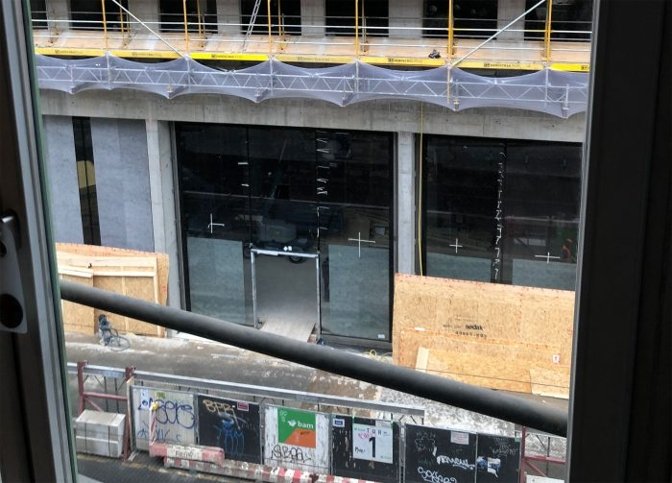 Is that where the Apple logo will go? This whole frontage has since been covered up in very Apple-style privacy screens. (Source: iFun.de)

"A photo has reached us that shows in the large glass front above the entrance door the recesses that should be needed to install the luminous Apple logo," says iFun.de (in translation). "Prominently featured in the glass is a large rectangle in the middle above the door and a circular cutout slightly offset to the right."

The publication says this cutout appears to be for an Apple logo, "as we know it from Munich and Frankfurt stores."

While Apple is unlikely to comment ahead of the store's opening, which appears to be many months away, there has been further confirmation. Reportedly, an architect's illustration of the proposed store features typical Apple features -- if you look very closely through the drawing's windows. 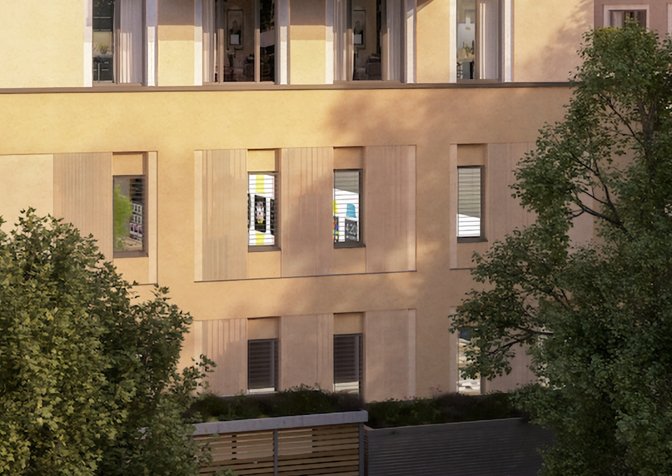 Look closely at windows in the architect artist's impression and you can see familiar Apple signage. (Source: iFun.de)

Apple's first Apple Store in Berlin opened in May 2013, and had fans lining up to shop there. Later that same year, thieves chose not to line up, and instead smashed a car through its front door.