AppleInsider
Posted: April 16, 2021 12:32PM
in General Discussion
Apple's event scheduled for April 20 will likely feature a new iPad Pro and "AirTags," "iPhone 13" rumors, Apple TV, and more, all on this week's episode of the AppleInsider Podcast. 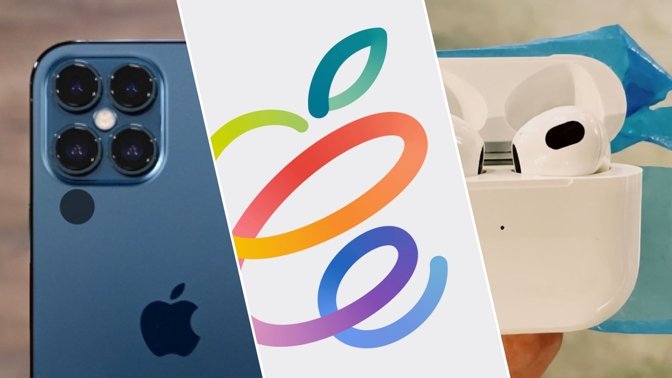 The much anticipated spring Apple event has been officially announced for Tuesday, April 20 as an all-digital event streaming at 10 a.m. Pacific. We expect a new iPad Pro to headline the event, with mini-LED screen technology coming to the larger 12.9-inch iPad Pro.

In addition to the new iPads, the long-rumored "AirTags" may be released at this event, perhaps even alongside "AirPods 3". Stay tuned for a special recap episode of the podcast airing soon after the event has ended and examining everything released at Apple's "Spring Loaded" event.

More leaks of the "iPhone 13" point to a smaller notch and slightly thicker hardware design. In addition, analyst Ming-Chi Kuo issued a report claiming Face ID will move beneath the iPhone display in 2023 creating a true full-screen experience. Kuo also detailed a new 48-megapixel camera with 8K video support could debut on the iPhone in 2022.

According to a Bloomberg report, Apple is working on a new Apple TV that would combine the set-top box with a HomePod-like speaker. The report also states that Apple is developing a speaker and touchscreen combination device that resembles Amazon's Echo Show.

Logitech has announced that the Harmony line of remotes will be discontinued and we are so upset. While the company does plan to support the software and add additional devices in the future, the decision leaves users looking for a physical universal remote with few options.

Next, Discord has been forced to remove some of its NSFW servers in order to lower their App Store age ranking to 12+ and remain available to young teenagers. Plus Verizon is giving up on RCS leaving little hope for a rich texting experience on Android phones, and iMessage lock-in is revealed to be part of Epic's argument in the forthcoming court case with Apple.

If you have questions or comments on the show, tweet at @stephenrobles, @thisisneil, and @wgallagher, or email us here. Find us in your favorite podcast player by searching for "AppleInsider" and support the show by leaving a 5-Star rating and comment in Apple Podcasts.


Those interested in sponsoring the show can reach out to us at: steve@appleinsider.com