AppleInsider
Posted: April 20, 2021 4:24AM
in General Discussion edited April 2021
An increasing number of third-party accessory makers are marketing wares for a rumored Apple "AirTags" tracker device, a product that could be unveiled as soon as Tuesday. 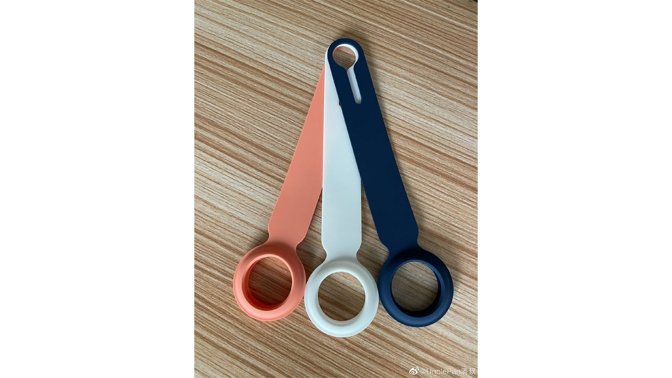 Leaker "UnclePan" in a Weibo post on Monday (via DuanRui) showed off a set of rubber or silicone carriers designed to hold a single coin-sized "AirTag" tracker at the end of a leash or strap.

Details on the accessory were not disclosed, though a picture reveals what appears to be a one-piece design with a circular portion on one end fit to receive an "AirTag" device. A keyhole-shaped slot cut into the opposing end of the strap could be used to create a loop or attach the accessory directly to a compliant structure like a purse strap.

Separately, MacRumors was sent images of a very similar third-party strap reportedly crafted from a material akin to the fluoroelastomer Apple uses in its first-party accessories. That model also sports a leash design with keyhole slit, but adds a snap closure for securing an "AirTag" device. 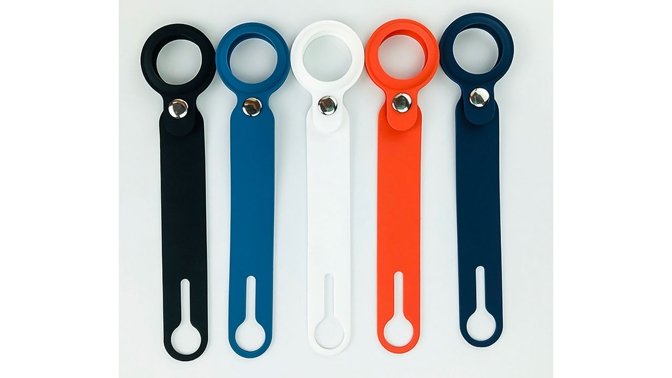 Case makers have been making bets on leaked schematics in attempts to be first to market with a working "AirTags" product. Nomad and Cyrill, for example, introduced a set of accessories dedicated to the as-yet-unreleased Apple device, with offerings including keychains and an eyeglass holder. Other companies have joined the fray and are pushing their own designs on eBay, Etsy and other outlets.

Rumors of Apple's work on "AirTags" surfaced last year. The device is expected to use Ultra Wideband technology and other communications protocols to integrate with Apple's Find My network and could include support for augmented reality functions.

Apple is anticipated by some to introduce "AirTags" at a special event on Tuesday alongside a slate of new iPad models. AppleInsider will be covering the event live from 10 a.m. Pacific.