AppleInsider
Posted: April 21, 2021 3:44AM
in General Discussion
Apple's newly announced Magic Keyboard for Mac, which comes equipped with a Touch ID sensor, is compatible with all macOS machines running an M1 chip. For now, it's only available with iMac. 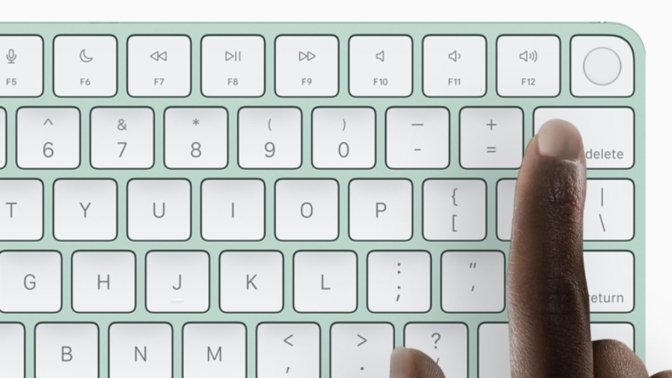 Unveiled alongside a revamped 24-inch iMac on Tuesday, the Magic Keyboard is Apple's first wireless Mac peripheral to incorporate Touch ID authentication for logging in to macOS, purchasing items with Apple Pay, interacting with third-party apps and more.

As noted by blogger Rene Ritchie, the keyboard can be used by other M1 Macs, enabling Touch ID security for Mac mini and extending the capabilities of MacBook Air and the 13-inch MacBook Pro. Though the two Apple Silicon laptop models sport Touch ID integrated into their respective power buttons, there has yet to be a comparable replacement for the feature in clamshell mode.

It should be noted that the implementation is tied to M1's secure enclave, meaning Magic Keyboard will function as a normal Bluetooth keyboard when connected to an Intel Mac or PC.

Currently, Magic Keyboard is restricted to the new 24-inch iMac, though that could change in the future as Apple typically expands availability of its peripherals. As it stands, iMac buyers can choose from three different Magic Keyboard options including a model with numeric keypad and a standard version without Touch ID.