AppleInsider
Posted: May 24, 2021 8:54PM
in General Discussion edited May 24
A few days after the official launch of the M1 iMac, iFixit has published an initial teardown of the new 24-inch model, revealing quite a few changes from past iterations of the all-in-one desktop. 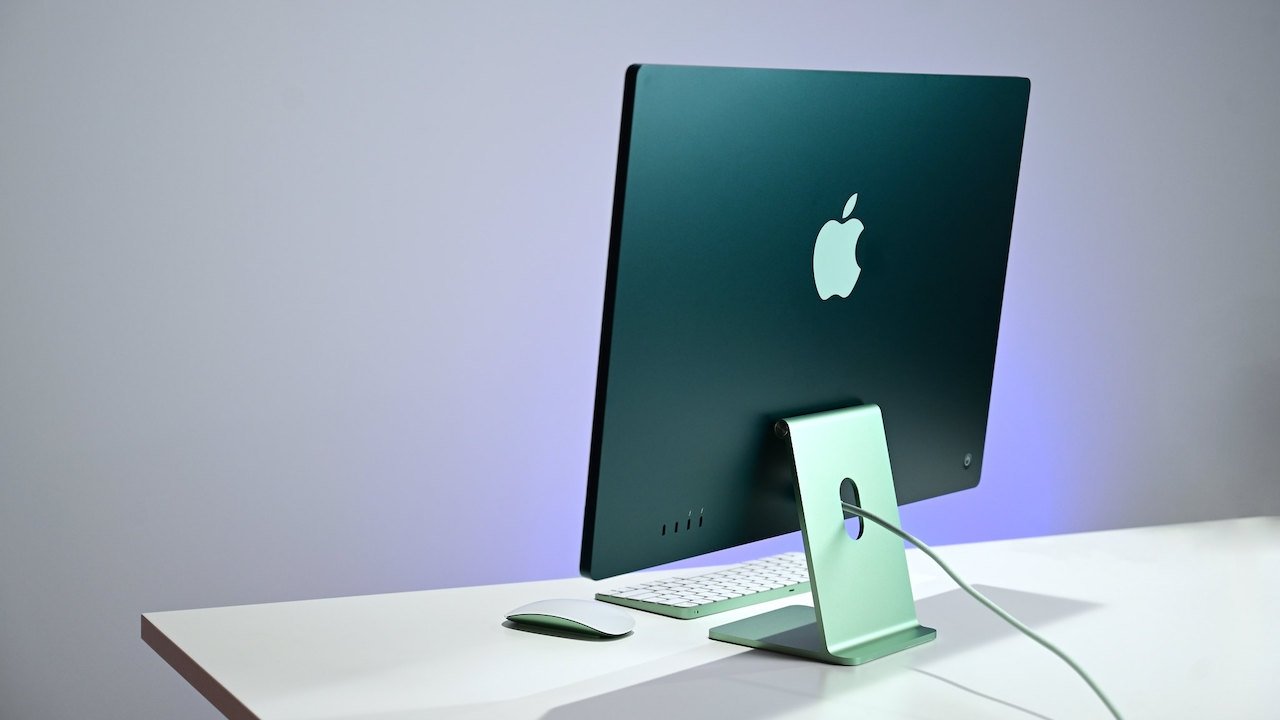 The repair specialists are in the middle of tearing down a midrange M1 iMac equipped with an 8-core CPU/8-core GPU and 8GB of RAM. The internals on this particular machine will look different than the 7-core model, since the two have different cooling systems.

Before taking apart the device, iFixit noted that the iMac "looks alarmingly like an iPad on a stand." It also carried out an x-ray scan of the iMac together with Creative Electron. The x-ray images show off two metal plates that dominate the interior, as well as the fact that the built-in antenna is no longer Apple-shaped. 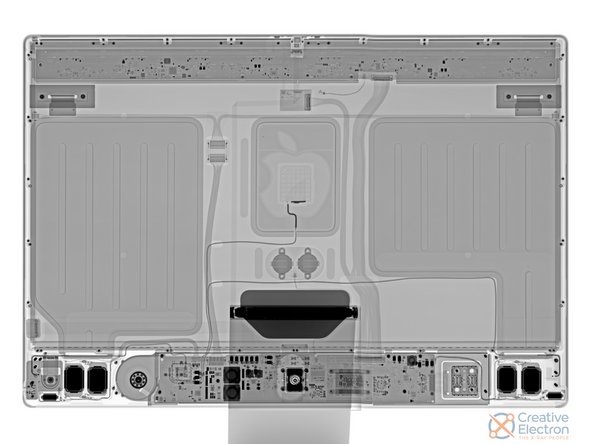 Nearly all of the internal silicon is concentrated into two narrow horizontal strips at the top and bottom of the devices. iFixit also spotted two circular components that look, at first glance, like coin cell batteries.

According to iFixit, the new iMac is sealed with "classic iMac adhesive," which the site says isn't as goopy as the adhesives used on Apple's iPad lineup. Unlike previous iMacs, the new model is a single sheet of glass with no metal chin to block access to its internal components.

The M1 iMac is cooled by a pair of internal fans which blow inward across the logic board. A heatsink also draws heat away from the M1 chip with a copper heat pipe and two short heatsinks. Additionally, iFixit notes that the M1 iMac's internals appear to be secured with screws instead of glue. 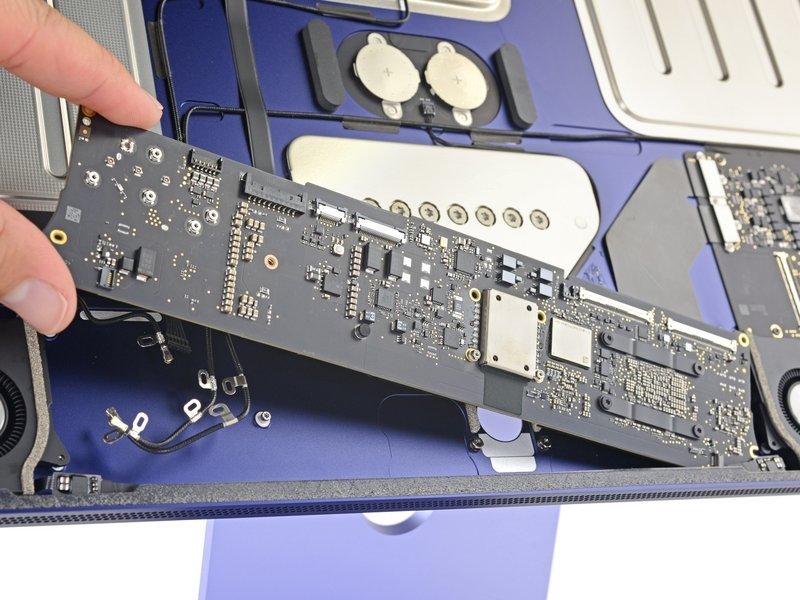 Compared to iMacs equipped with Intel chips, the logic board in the M1 is the smallest yet. iFixit does note that the logic board appears to have a mysterious button with three LEDs beneath it.

As mentioned earlier, iFixit is still carrying out its teardown of the new 24-inch iMac. The second part of the teardown, which will be coming soon, will dive deeper into the device's circular components, speakers, and the Touch ID sensor on the Magic Keyboard.