AppleInsider
Posted: June 7, 2021 11:05PM
in General Discussion edited June 2021
Apple will begin allowing third-party developers to use its Screen Time API with the launch of iOS 15, which could mean better data access for parental control apps. 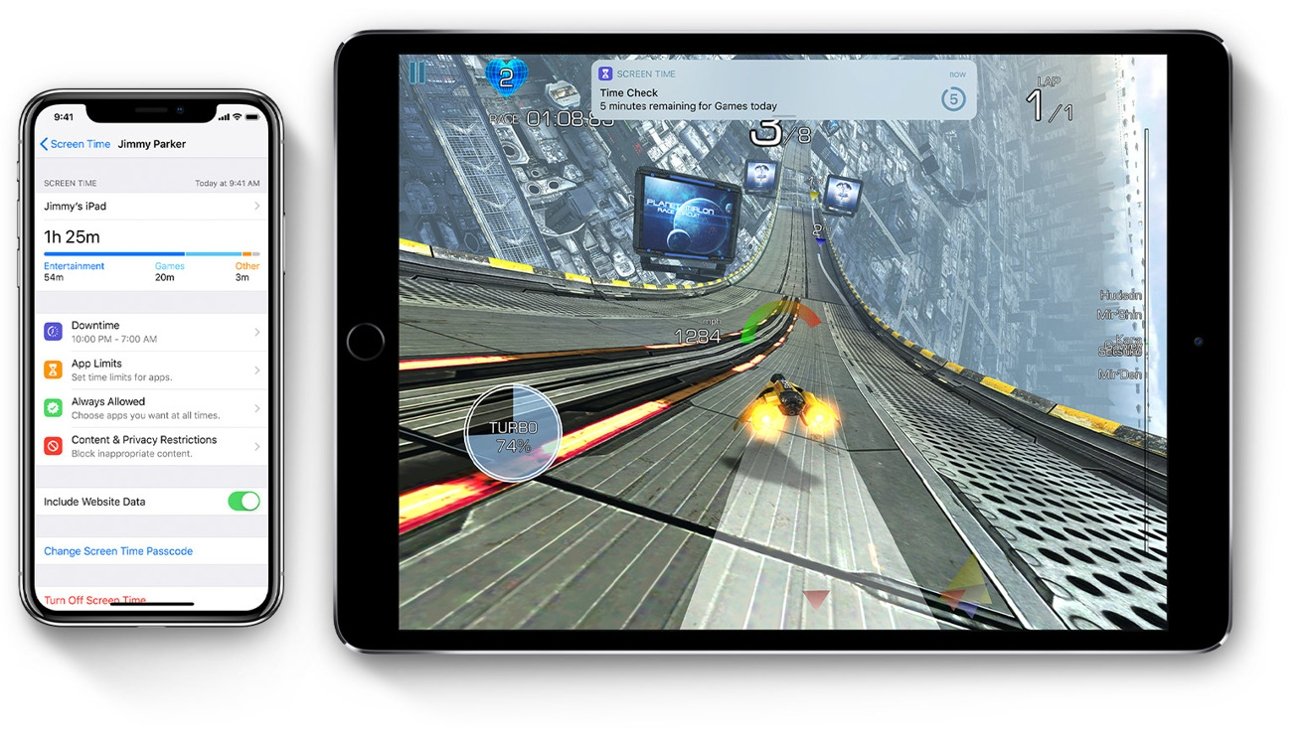 The Screen Time feature, introduced in 2018, allows users to monitor the time spent on their devices. For families, Screen Time also allows for a level of parental control with app limitations and usage tracking.

In iOS 15, Apple says developers will be able to use the Screen Time API to support more tools and controls for parents. This is a first, since there hasn't been any Screen Time APIs since its launch.

"Developers can use the Screen Time API in parental controls apps to support an even wider range of tools for parents. The API provides developers with key features like core restrictions and device activity monitoring, all in a way that puts privacy first," Apple says of the access.

The release of the Screen Time API may be a step toward mitigating antitrust scrutiny. Screen Time was central to a dispute between Apple and parental control apps in 2019. At the time, Apple began removing apps that had misused enterprise tools for monitoring, though it did so just ahead of releasing Screen Time.

In May 2019, parental control apps that had been removed from the App Store demanded that Apple release a developer-accessible API for the feature.