AppleInsider
Posted: June 9, 2021 5:14PM
in General Discussion edited 9:18AM
Apple has announced that it will launch podcast subscriptions globally on June 15, following a delay and technical issues in the Podcast app. 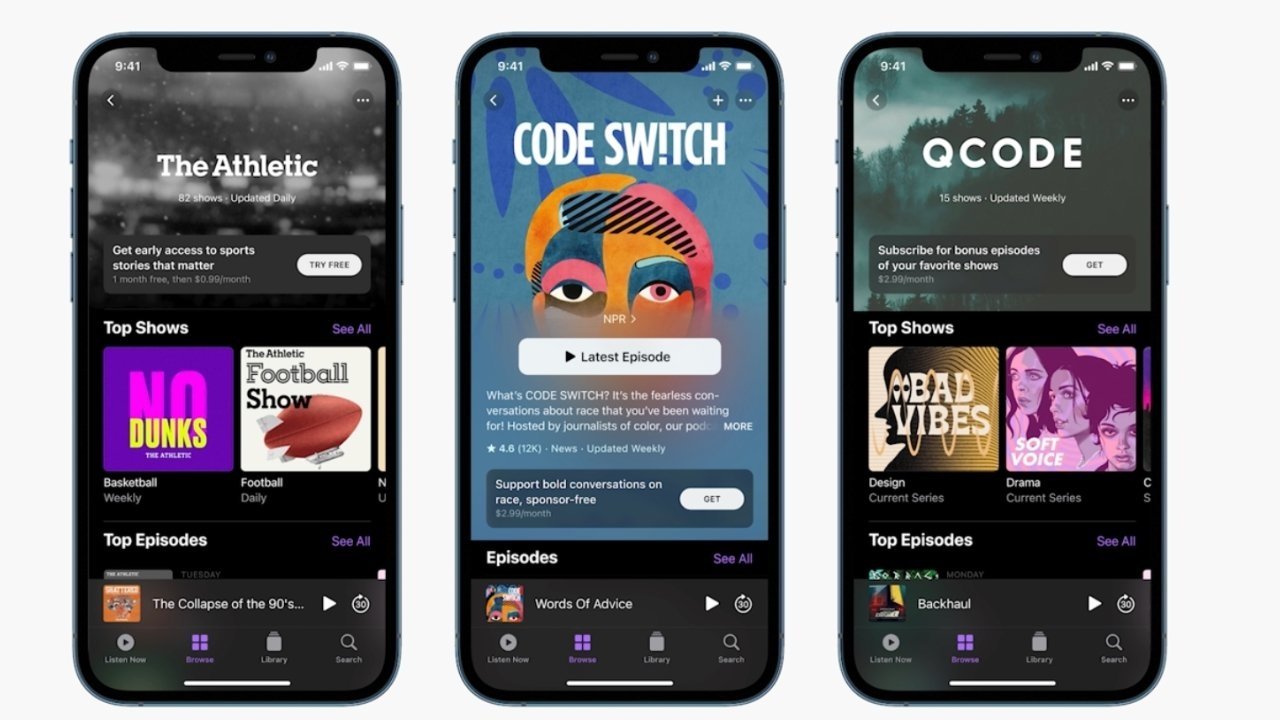 Apple confirmed the launch of in-app Podcast subscriptions and channels -- which are groups of podcasts -- in an email to podcast creators on Wednesday. That email was first spotted by The Verge.

Apple originally announced in-app podcast subscriptions in April with a planned launch for May. However, on May 28, Apple informed podcasters that the rollout of the premium subscription service would be pushed to June to ensure the "best experience for creators and listeners."

It isn't clear what caused the delay, but Apple Podcasts experienced a range of bugs and technical issues with the introduction of iOS 14.5. Those issues included missing episodes, absent show notes, and other problems.

In its email to creators, Apple advised that podcasters use simple artwork, clearly communicate the benefits of a subscription, and ensure that they are uploading enough content to provide a premium experience. It also shared links to additional resources, including a best practices document and content guidelines.

Apple's premium podcasting service is an effort to bolster its audio show offerings in the fact of competition from rivals like Spotify. In April, after Apple announced subscriptions and channels, Spotify said it was going to introduce its own paid podcast service.

Although Apple's podcasting platform is still the market leader, there are indications that Spotify could soon overtake it. Spotify has also been able to convince some popular shows, such as "Armchair Expert" and "The Joe Rogan Experience," to become exclusive to its platform.