AppleInsider
Posted: June 11, 2021 1:32AM
in General Discussion edited June 11
Vybe Together, an app that was pulled from the App Store for promoting large parties during the coronavirus pandemic, has appealed its removal. 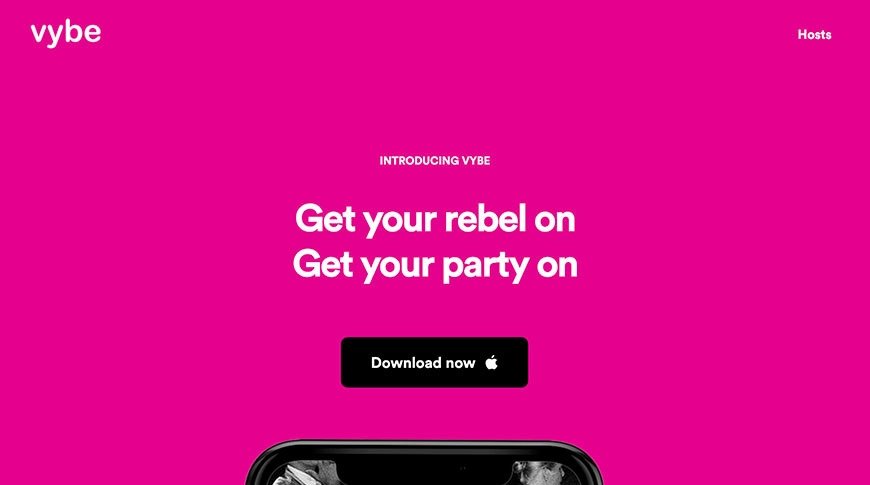 The app, which was relatively obscure, gained hype last year for promoting and encouraging users to join "secret gatherings" -- including "ragers" on New Year's Eve. It was ultimately removed from the App Store in late 2020.

Now, Vybe Together COO Itamar Gil says the company is appealing Apple's decision to remove the app because it believes it was rejected for political reasons.

In an update to its developer guidelines on Monday, Apple added new options to its App Review contact form, which developers can use to appeal app rejections. One of those options is the ability for a developer to specify whether they believe their app was rejected due to unfair treatment, such as because of political bias.

Gil said that the removal of Vybe Together was political in nature because Apple "overridden state boundaries" and chose to be "politically correct." The company said in a statement that it believes its app was removed because it was "potentially harmful to Apple's public image."

"With that said, we think that Apple as a monopoly owes the people the right to choose for themselves; in Vybe's case they made a decision for the Public, acting as the judge and the prosecutor without our ability to defend ourselves," the company said.

Vybe Together says Apple hasn't let the app return to the App Store since its removal.

In a statement to AppleInsider, Apple said it removed Vybe Together because it promoted reckless behavior and that politics had no bearing on the decision. In addition to possibly endangering public health and safety during the pandemic, it also violated emergency public health orders. Apple says the behavior violated guidelines 1.4.5 and 1.1.

It still isn't clear why Apple removed Vybe Together. The company's developer guidelines do ban apps that "urge customers to participate in activities ... in a way that risks physical harm to themselves or others."

Update on Friday, June 11: Updated with statement from Apple and Vybe Together.