AppleInsider
Posted: June 14, 2021 2:06PM
in iPod + iTunes + AppleTV edited June 18
Apple has created a new ad to promote the new Spatial Audio and Dolby Atmos feature of Apple Music as being "Beyond Stereo" for its listeners. 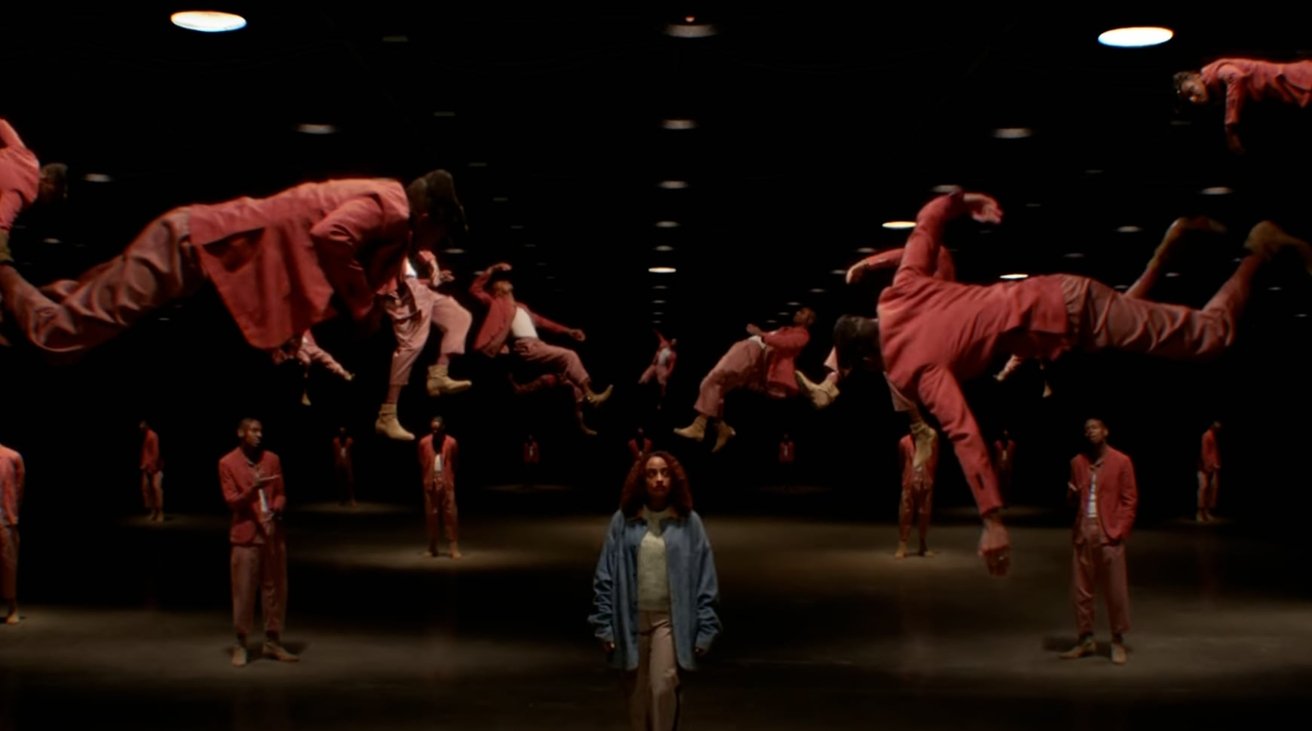 Published to YouTube on Monday, the video titled "Introducing Spatial Audio on Apple Music - Beyond Stereo" offers a visual representation of the new 3D audio feature.

Using "Mystery Lady" by Masego and Don Toliver, the ad spot moves from a view of an iPhone showing the Apple Music app to the user being in a large room. They are surrounded by multiple copies of the singer, dressed as they were for the album artwork.

As the listener walks through the space, more versions of the artist appear around them, with some also hovering in the air. The ad then concludes with the text "Hear sound all around," a reminder that it uses Dolby Atmos, and ends with the Apple Music icon.

Apple launched Spatial Audio on Apple Music shortly after its WWDC 2021 keynote on June 7, with subscribers able to listen to thousands of tracks in the simulated 3D audio space. The feature is included as part of the Apple Music subscription at no extra cost.