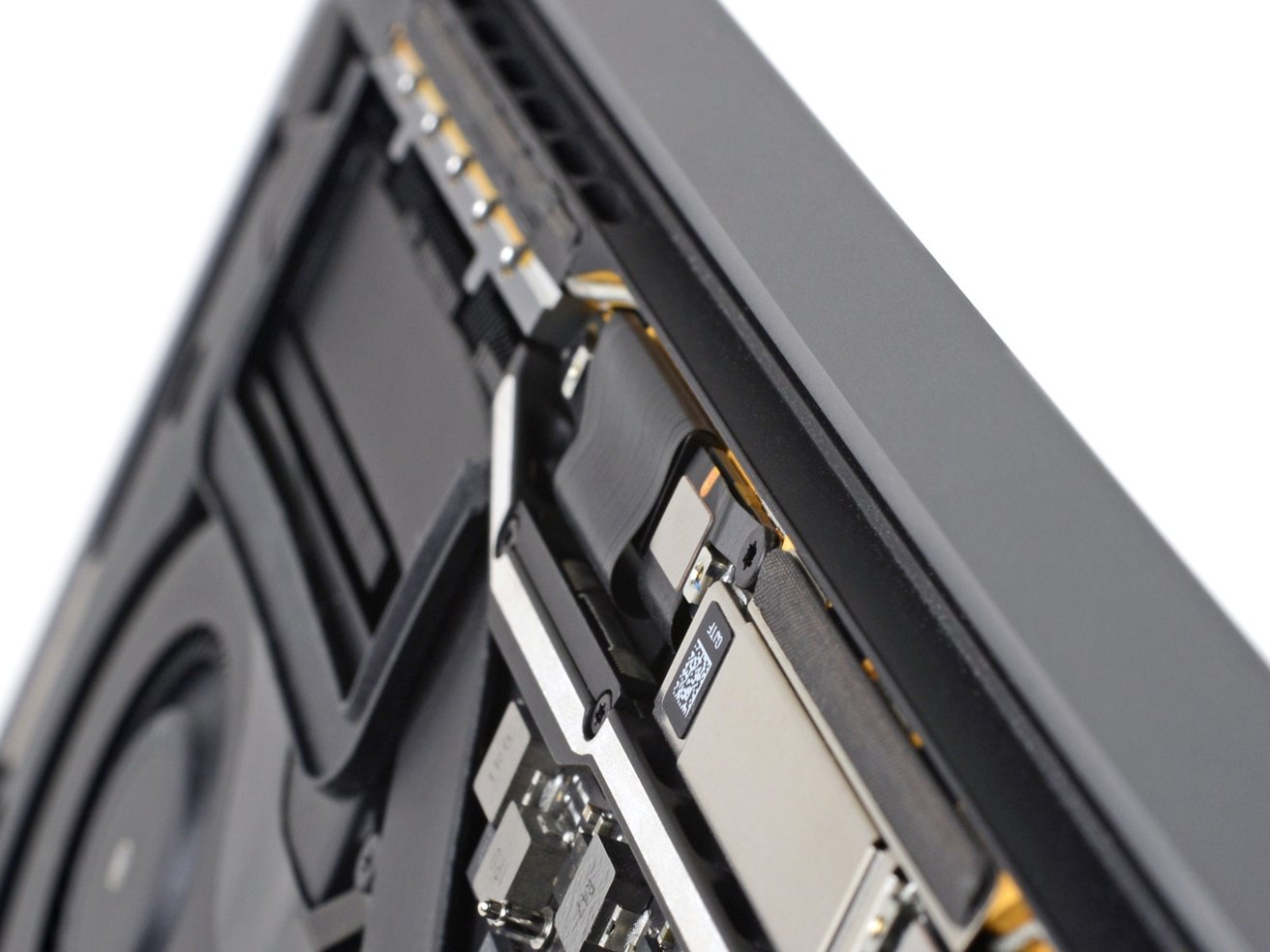 U.S. District Judge Edward Davila on Monday handed down a ruling that tossed plaintiffs' claims alleging Apple was aware of a supposed defect in its MacBook Pro line dubbed by media outlets as "stage light" or "flexgate."

In his ruling, Judge Davila concluded that the class failed to argue that the alleged fault posed a safety hazard, reports Law360. The class also did not successfully push claims that Apple knew of and concealed the alleged part failure from customers.

Users first spotted the problem in 2018, when a number of MacBook Pro models manufactured between 2016 and 2017 began to exhibit dark patches across the bottom border of their screens. The effect, which is reminiscent of theater stage lighting, was subsequently dubbed "stage light."

While Apple has not publicly commented on the issue, independent repair firm iFixit in its own investigation said a thin flex cable was to blame for the problem. According to iFixit, the cables that Apple used to connect the display to MacBook Pro's display controller were defective and would deteriorate with regular use. Constant opening and closing of the laptop's display would cause the flex cables to break down, resulting in "stage light" and, in some cases, permanent damage.

The issue impacted 2016 and 2017 MacBook Pro models. Apple introduced a MacBook Pro with a longer display flex cable in 2018, an apparent attempt to fix the problem.

Apple launched a repair program that covered display concerns on 2016 13-inch MacBook Pro models, but similar programs for 15-inch MacBook Pros and models produced after 2016 were not introduced. Part of the class' demands was an extension of the repair initiative.

Plaintiffs allege Apple knew of the fault long before launching the repair programs, potentially costing consumers hundreds of dollars in out-of-pocket costs. Judge Davila, however, found Apple was not culpable for those fees, as the defect presented after the company's standard warranty period.

The class action was dismissed without prejudice, meaning plaintiffs can amend the complaint to remedy shortcomings specified by Judge Davila.