AppleInsider
Posted: August 5, 2021 8:06PM
in General Discussion
A new Apple Music feature for artists will allow them to share milestones and successes with their fans on social media. 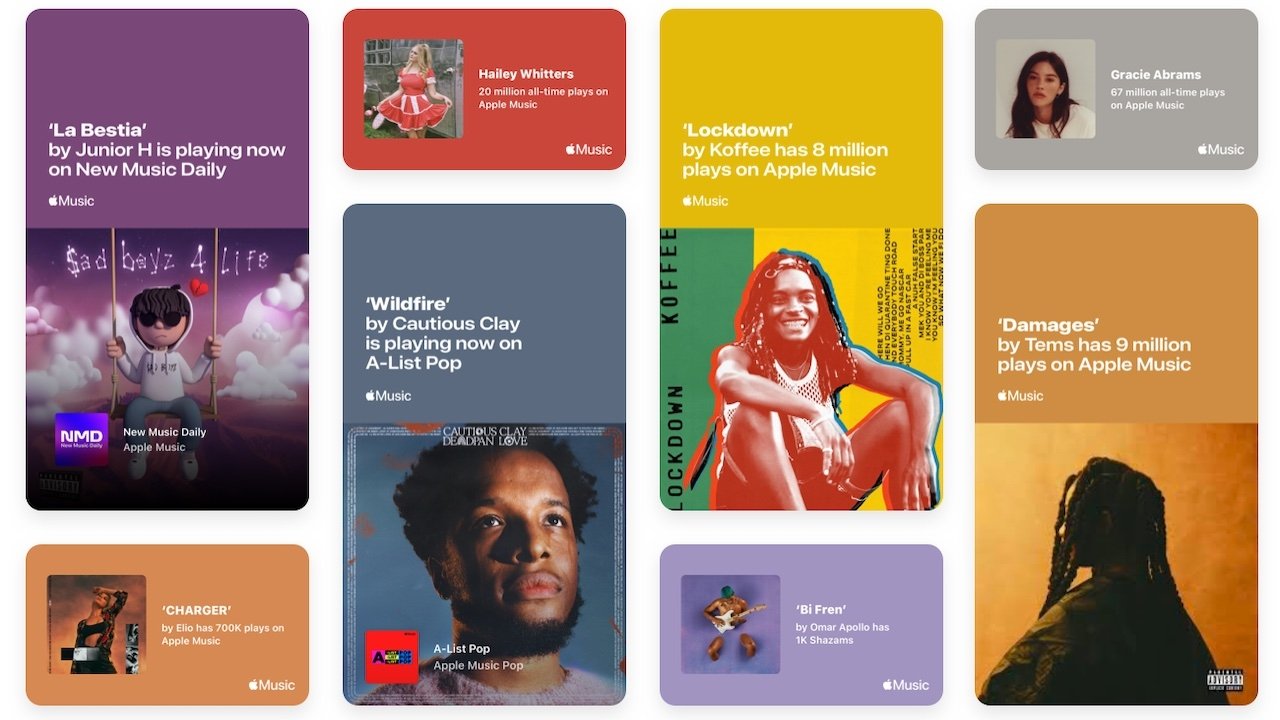 The so-called Shareable Milestones feature, released by Apple Thursday, allows musical artists to generate automatic milestones include record highs and bests across both Shazams and Plays in a country or region, as well as the addition of tracks to Apple's own editorial playlists.

The milestones will appear in a new iOS overview page in the Apple Music for Artists suite. Apple says that any administrator or analytics user for an artist will be able to share the milestones.

The Apple Music for Artists is a suite of tools aimed at musicians, bands, and others musical artists on Apple Music. It includes analytics and marketing tools, as well as resources on creating and releasing music on Apple Music.

Though only aimed at artists currently, it's possible that Apple could add some type of social element for users to share their listening habits or favorite tracks on the streaming platform.