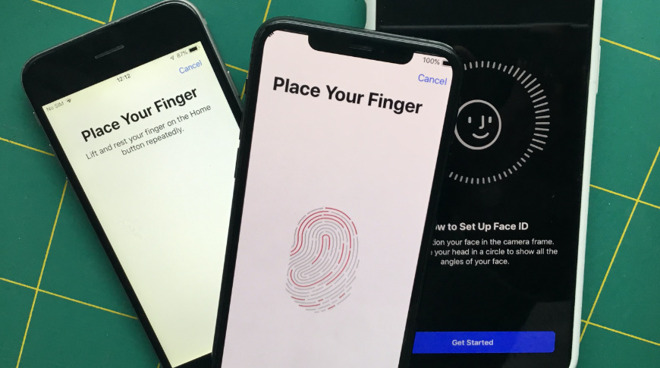 The note, seen by AppleInsider delves into details about the financial prospects of Apple's iPhone component suppliers. However, in the note, Kuo laid out a timeline for the return of Touch ID to Apple's all-screen iPhone lineup and when he expects a folding iPhone to ship.

A 2022 iPhone SE with 5G is also discussed again, with no change in timetable from his previous reports. Also repeated are a "new and more affordable 6.7-[inch] iPhone" and a punch-hole display plus 48 megapixel camera arriving in the 2022 iPhone.

Also in the note, he says that the later-than-expected rollout of the features will "hurt iPhone shipments in 2022 and 2023."

Reports of testing Touch ID in a next-generation iPhone surfaced in January 2021, with a new in-screen optical system accompanying the existing Face ID. By March, Kuo forecast that Apple would not add Touch ID to the iPhone 13, pointing to supply chain data.

Kuo focused on the folding iPhone concept in May of 2021. At the time, he said that Apple's first foldable iPhone would have an 8-inch QHD+ display. The display is predicted to have a 3,200 x 1,800 pixel resolution. If the report is accurate, that is a higher effective resolution panel than Samsung Fold's 7.3-inch QXGA+ screen, with a 16:9 ratio.

Initially, Kuo said that Apple would manufacture between 15 million and 20 million foldable iPhone units in 2023. However, with the latest report, Kuo believes that it will be ready for the traditional iPhone season, but in the fall of 2024.