AppleInsider
Posted: September 27, 2021 12:39PM
in iOS edited September 27
As promised, Apple has added new series of meditation and pilates sessions to Apple Fitness+, with the lessons rolling out to all users today. 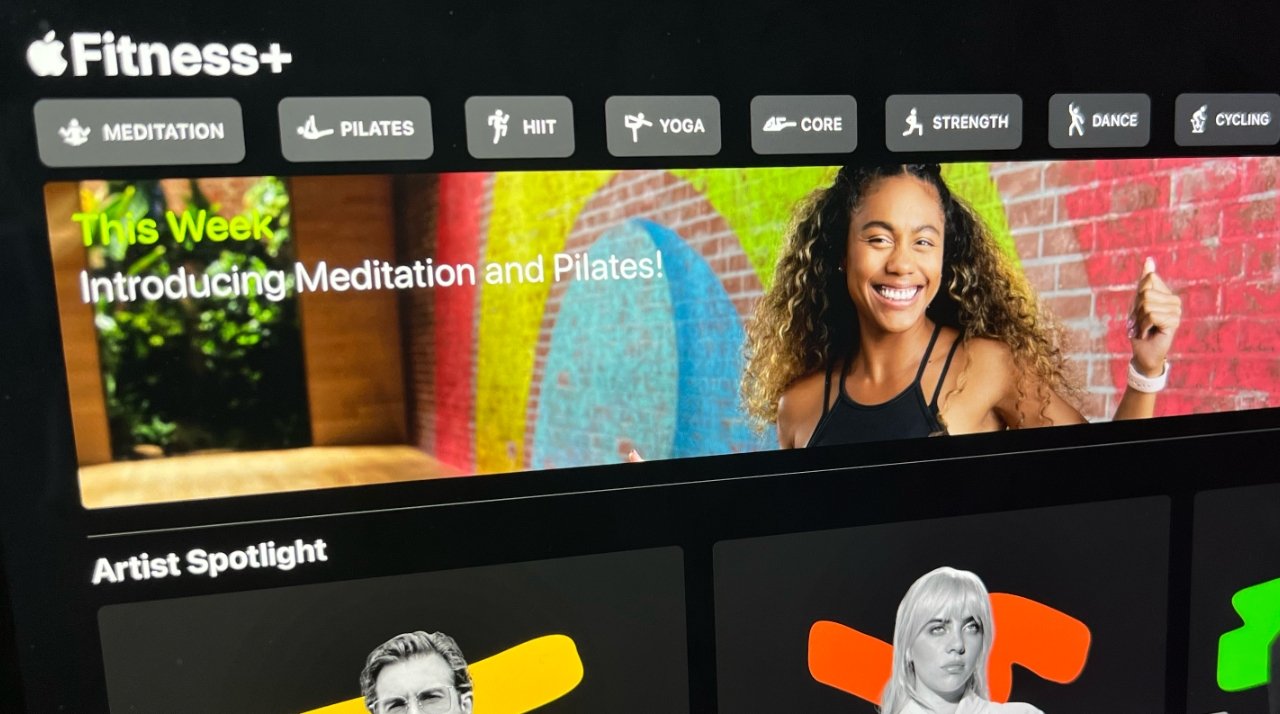 Once rare, notifications on iPhone for Apple services are now common, and the latest is for Apple Fitness+. Despite the services having been added for at least some users last week, Apple Fitness+ has now announced the launch of its promised meditation and pilates sessions.

"I'm so excited to announce that in Fitness+, plus we have guided meditations, to help you recharge, connect, and bring more mindfulness to your day," says trainer Sherica Holman in Apple's new video. "There are meditations for feeling calm, resilient, focused, and more."

"Pilates comes to Fitness+," she continues. "These workouts are great for a strong and stable core to help you feel more balanced in your body.

The initial run of workouts from these new trainers consists of 10 meditation and 10 pilates videos.

Apple announced at its "California Streaming" event that these sessions would be coming, and that Apple Fitness+ would be expanding to more countries.

Apple Fitness+ costs $9.99 per month, and is included in the Apple One Premier bundle.