AppleInsider
Posted: September 29, 2021 9:31PM
in iOS edited September 2021
After years of restricting reviews of its built-in apps, Apple with iOS 15 is allowing users to leave App Store ratings and comments on titles like Mail, Maps, Apple Music and the bemoaned Podcasts. 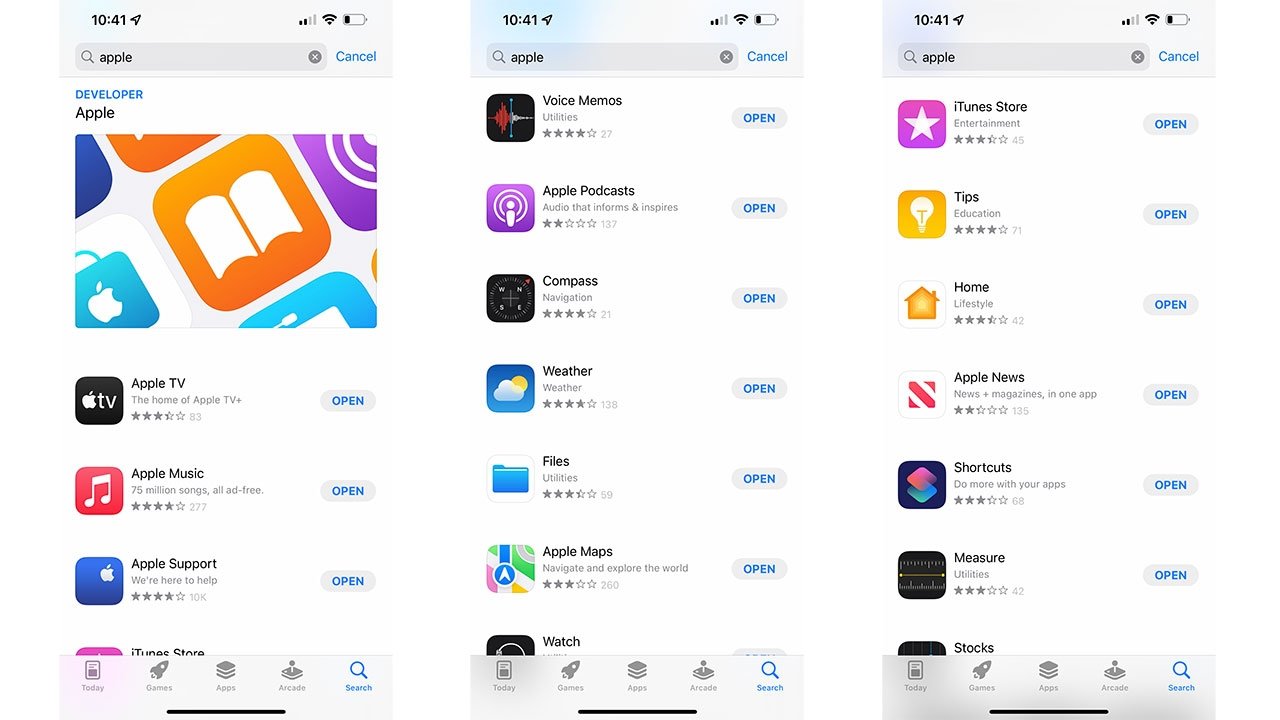 All Apple apps available on the App Store, including those that ship preinstalled on iPhone and iPad, are now showing star ratings and reviews in iOS 15, marking a major change in the company's stance on consumer feedback.

With the activation of reviews, users can leave personal appraisals of Apple's software, services and utilities as they would any app in the online marketplace. Apple Watch apps are also up for evaluation.

Many apps are currently rated in the three- to four-star range, with apps that are consistently the source of bugs and user experience problems, such as Podcasts and News, knocked down to two stars. None of Apple's apps currently sit with one or five stars, though App Store Connect, Facetime, iTunes Remote and TestFlight enjoy average ratings above four stars.

Consumers were previously limited to rating Apple's optional -- and at one time for-pay -- software like the iWork suite, and those apps show tens of thousands of responses. Acquired apps like TestFlight and Shazam also carry over reviews gained when they were independent titles.

For now, most feedback is app-focused, but the new capability will undoubtedly welcome off-topic criticism of Apple as a corporation.

It is unclear when first-party app ratings went live, but 9to5Mac reported on the change on Wednesday.

The move comes as lawmakers and regulatory agencies scrutinize Apple's App Store business. Along with a close examination of first-party payment system requirements and restrictions against third-party app stores, critics have raised anti-competition concerns about Apple's strategy to ship hardware with preinstalled apps. Apple has for years allowed users to delete first party apps and in iOS 14 included options to change the system default browser, email app and search engine.