AppleInsider
Posted: October 15, 2021 10:21PM
in Apple Watch
The Nike Apple Watch Series 7 is very similar to the standard version, but it comes bundled with a Nike-branded band as well as an exclusive new watch face. Here's how they look in the real world. 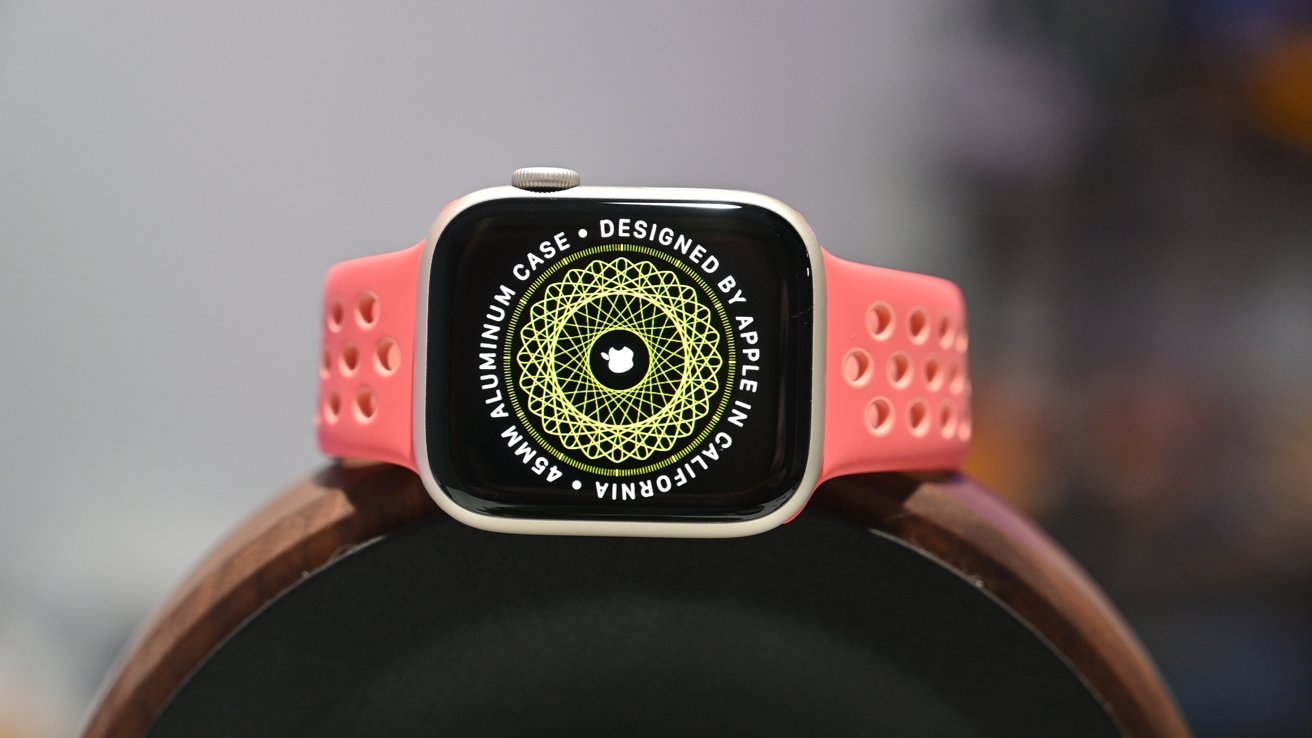 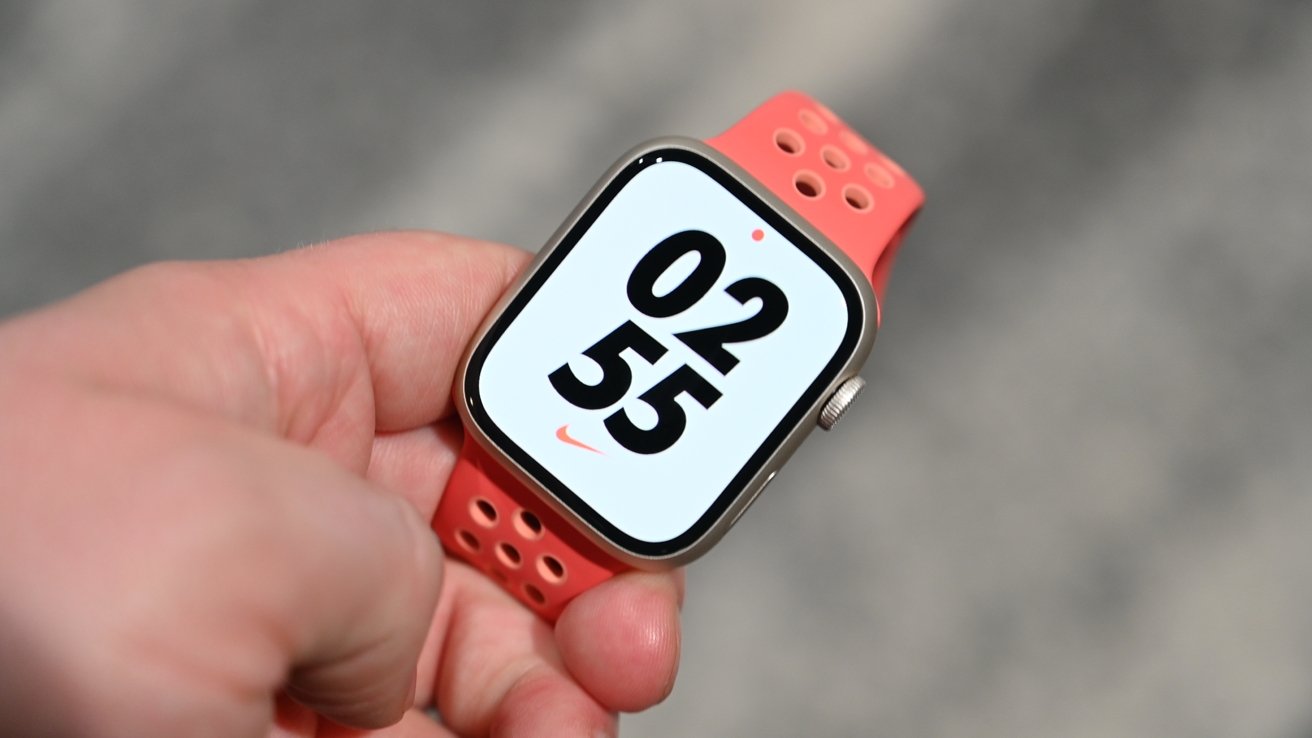 The new Bounce face has a large design to make full use of the more expansive displays. It reacts to your touch and wrist movements, bouncing around the screen. 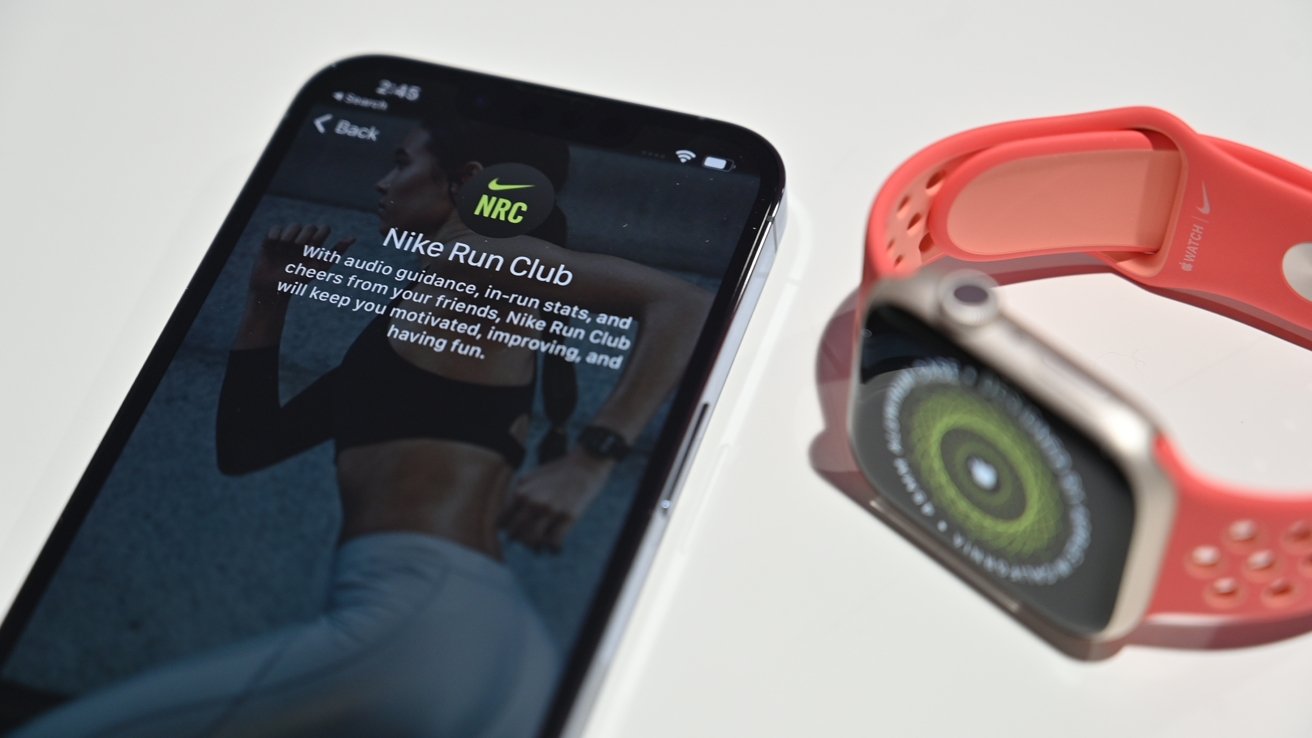 This face only has one complication available, located directly below the time. It's locked in as a shortcut to the Nike app. Just tap the Nike swoosh and it opens the Nike Run Club app. 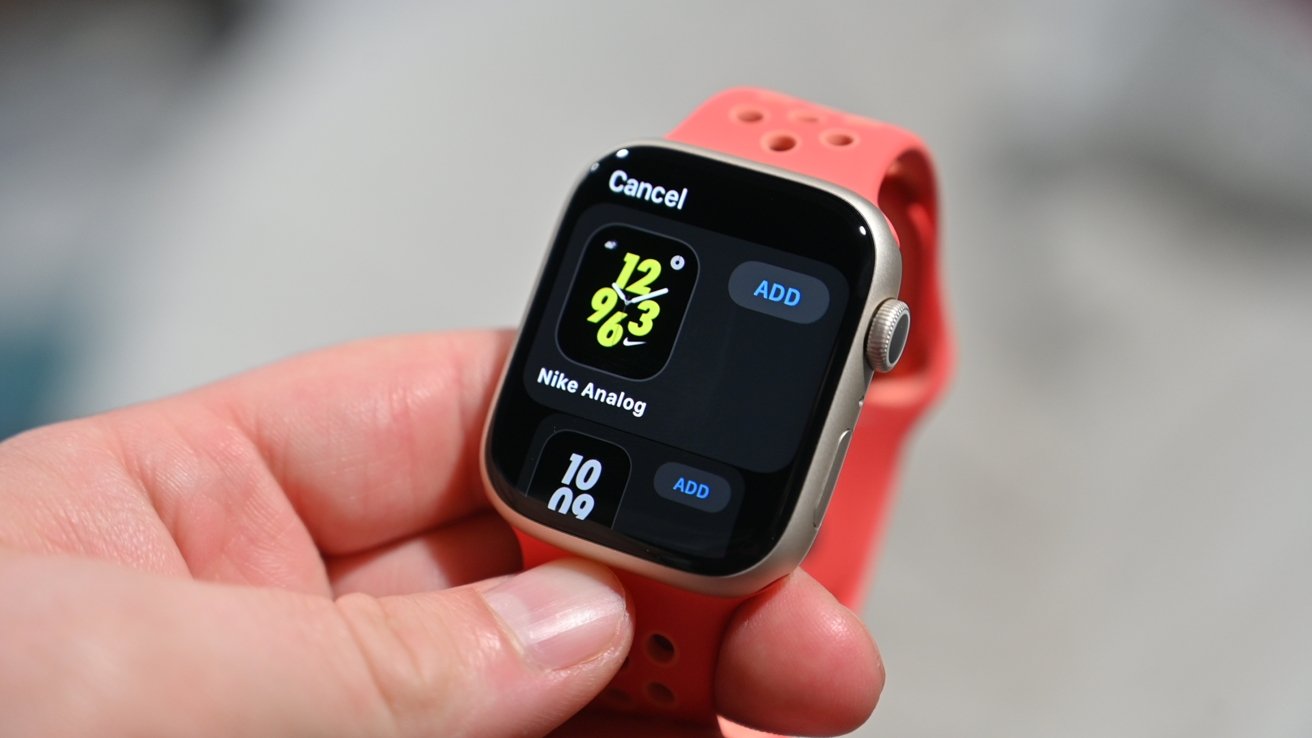 The other Nike watch faces 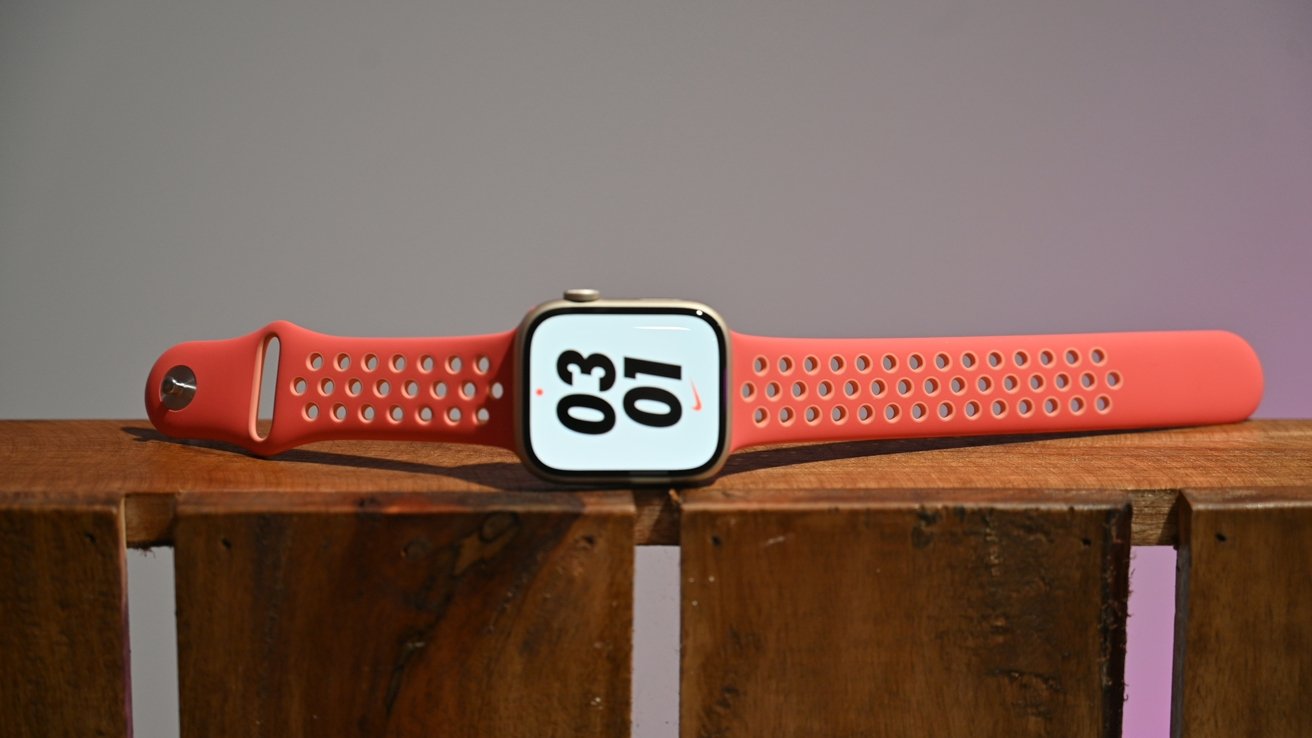 With the new 2021 Apple Watch, users can choose from the popular Nike Sports Band or the new Nike Sport Loop. There are new colors of the Sport Band -- Olive Gray/Cargo, Magic Ember/Crimson, and Midnight Navy/Mystic Navy -- and the Nike Sport Loop is available for the first time in Cargo Khaki, Summit White, and black. The previous version of the Nike Sport Loop didn't have the Nike Swoosh logo emblazoned on the outside.

We chose to bundle our Nike Apple Watch Series 7 with the Magic Ember and Crimson fluoroelastomer Sport Band, which looks great with the new Starlight color. 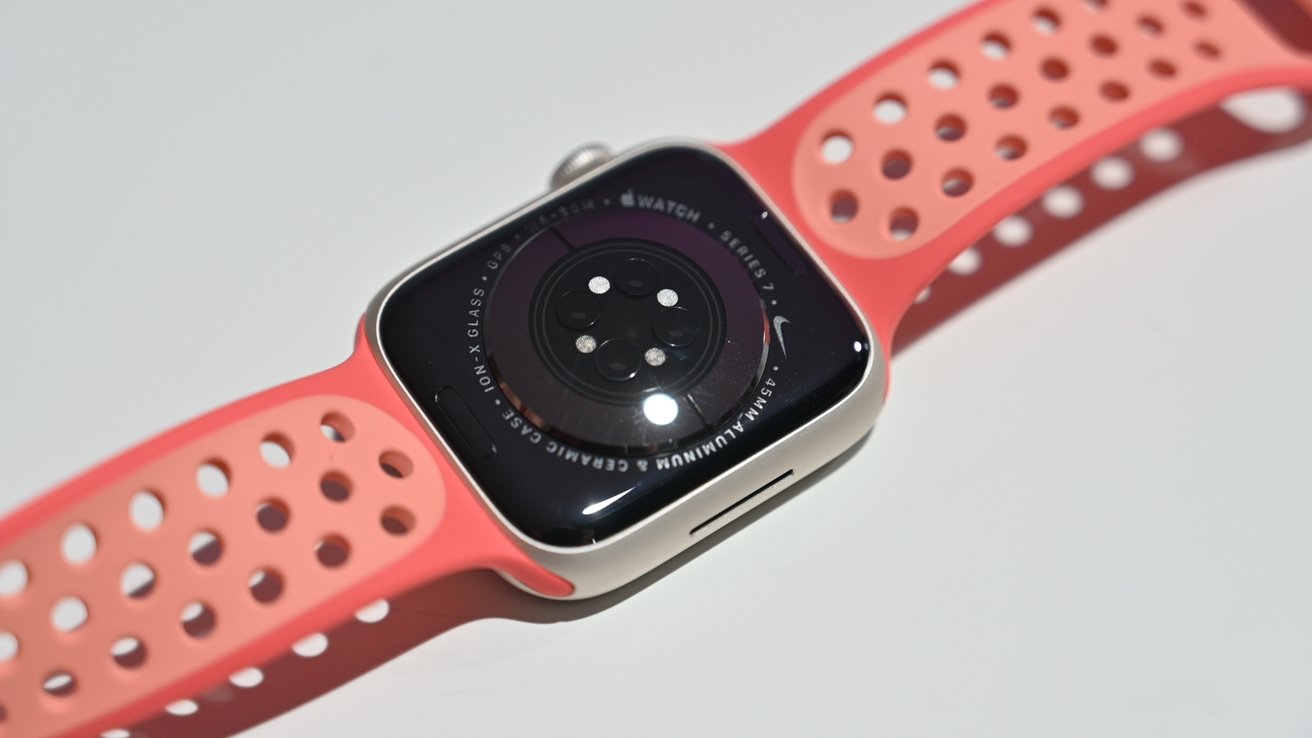 Back of the Nike Apple Watch with the Swoosh logo

The only other differentiation between the Nike Apple Watch Series 7 and the standard version is a small Nike logo etched into the back.

The Apple Watch Series 7 is available for purchase from popular Apple resellers, with AT&T knocking $200 off at press time when you buy two Apple Watches.

Shop the cheapest prices in our Apple Watch Series 7 Price Guide, which is updated daily. The AppleInsider team also tracks the best Apple Watch deals across the entire product line, with closeout savings offering up to $290 off.