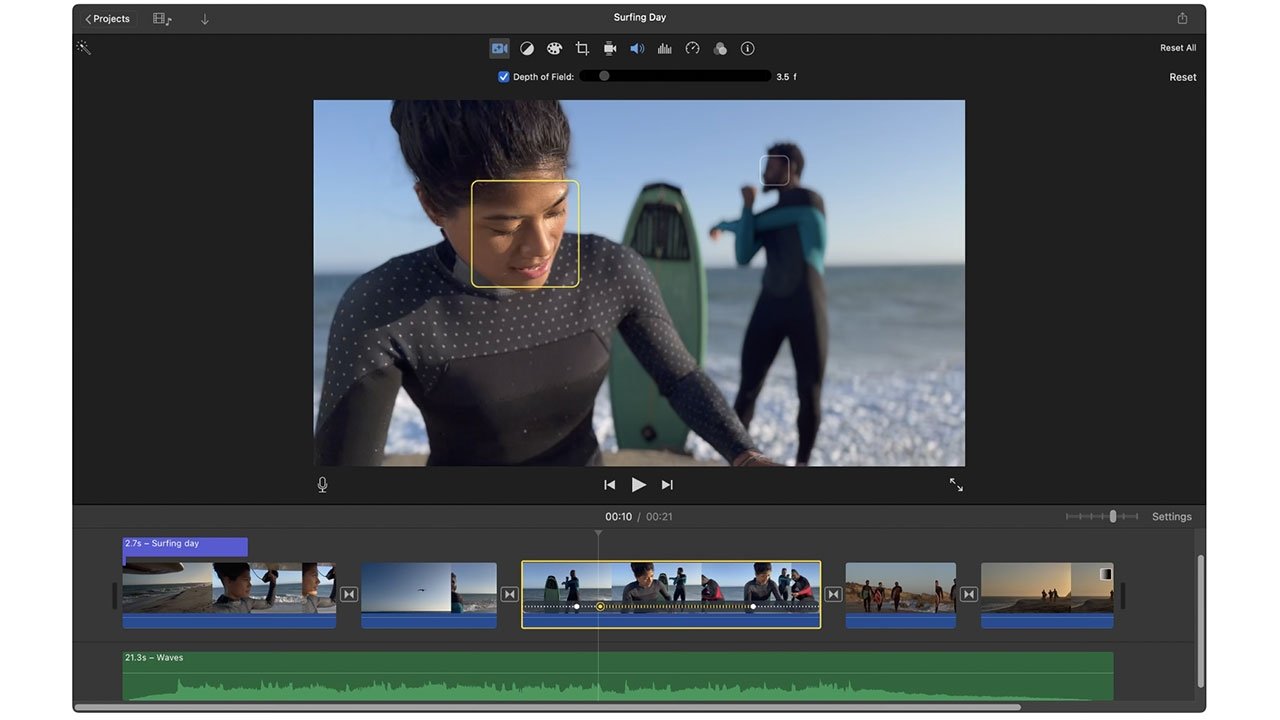 The latest version 10.3 of iMovie enables users to edit video captured in Cinematic mode on iPhone 13. Limited to Macs running macOS Monterey, the new capability adds a Cinematic control in the app's inspector, allowing users to modify the intensity of the automatically generated depth of field effect.

Users can also add focus points, such as faces or objects, by selecting them in iMovie's viewer and delete them in the video timeline.

Introduced with iPhone 13 and iPhone 13 Pro, Cinematic mode mimics professional videography techniques by automatically shifting focus to people, pets and objects, adding depth of field effects on the fly. For example, the technology might first focus on a person facing the camera and intelligently rack focus to another person in the background when the first person turns away. Cinematic mode can also anticipate when another subject enters the frame.

Focus can be manually adjusted in the Photos app on iOS after footage is captured. Today's update delivers that same functionality to iMovie for Mac.

Apple's iMovie is a free download from the Mac App Store.