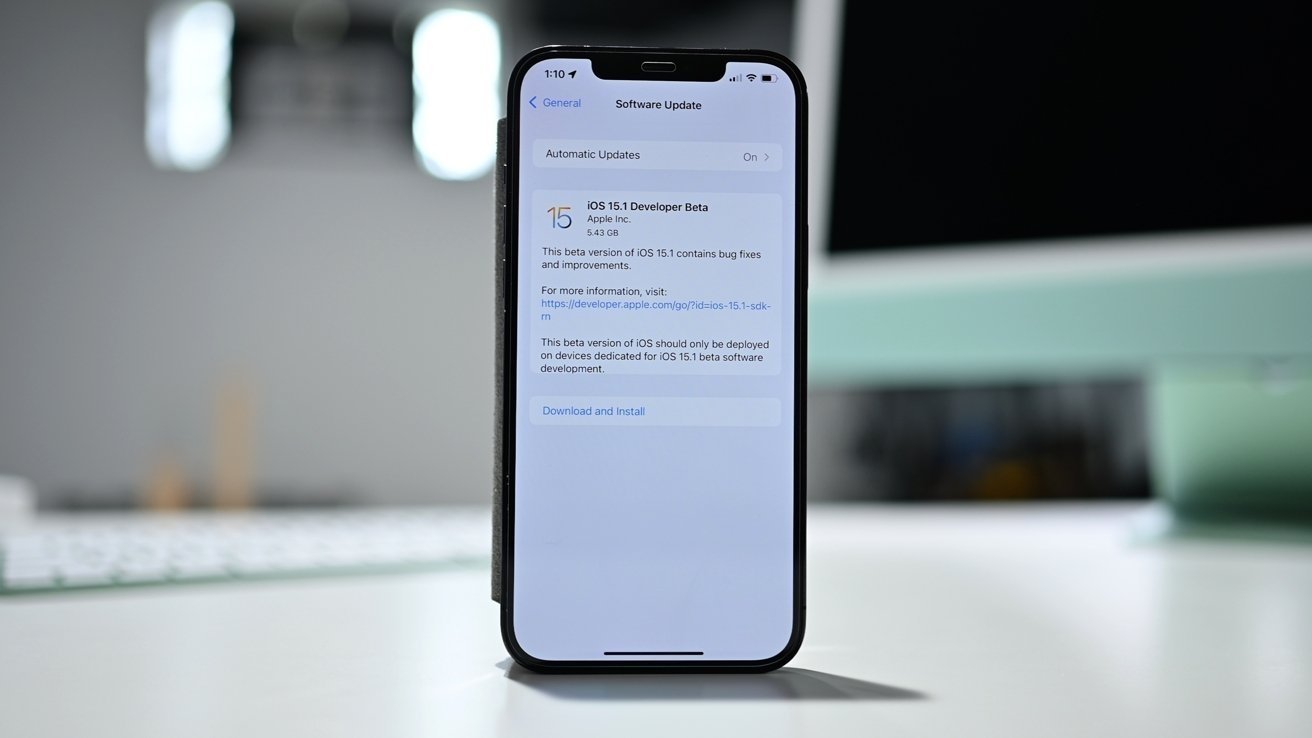 The second round follows the first, which Apple provided to developers on October 27. Apple released final public versions of iOS 15.1, iPadOS 15.1, tvOS 15.1, and watchOS 8.1 on October 25.

As part of the second iOS beta, Apple is including one of its tools aimed at preventing the spread of child sexual abuse material (CSAM) and protecting children from harmful images. The initiative was originally announced in August but was postponed in September following criticism from privacy advocates.

While the original tool suite consisted of three features, Apple's beta reintroduces one surrounding Messages, following feedback received during the postponement. The new tools will help protect children from seeing nudity in images sent to them via the app.

When enabled by a parent or guardian in control of a child account in a Family Sharing plan, Messages will automatically analyze image attachments to check for nudity.

If a nude image is detected, it is blurred from view, with the child informed of what's happening. The chid is warned of the possible contents of the image, provided with helpful resources, and told that it is OK if they don't want to see the image itself.

The scan is completed without giving Apple itself access to the messages, nor does it break end-to-end encryption. Apple has also designed it so that no indication of nudity detection leaves the device.

While the original iteration of the feature automatically notified parents if a child looked at the image, Apple was warned that a parental notification could be a risk to the child, potentially via violence or other abuse.

Apple has changed how the feature works to put more control in the child's hands. Instead, they will be provided the option to message someone they trust for help or guidance. That option is separate from their decision whether or not to view the suspect image.

The release notes for the first beta mentioned that iOS 15 and iPadOS 15 added a privacy settings feature called Record App Activity, to save a summary of sensor, data, and Internet access by apps on their device. In the first beta of iOS 15.2 and iPadOS 15.2, Apple added a Settings interface called App Privacy Report, providing results for the data collection.

The beta also altered the Auto Call feature of Emergency SOS, which can be set either by holding a volume button and the side button or by rapidly pressing the side button a number of times. The beta extends the countdown timer to eight seconds before placing an emergency call.

There were also changes to the App Store APIs relating to refunds and subscriptions, fixes for subscription and pay-as-you-go offers, and SwiftUI alterations.

Both AppleInsider and Apple itself strongly advises that users don't install the betas on to "mission-critical" or primary devices, as there is the remote possibility of data loss or other issues. Instead, testers should install betas onto secondary or non-essential devices, and to make sure there are sufficient backups of important data before updating.