AppleInsider
Posted: November 23, 2021 3:27PM
in Future Apple Hardware
Apple has researched using a keyboard that expands up out of the MacBook Pro chassis, and retracts again when the lid is closed. 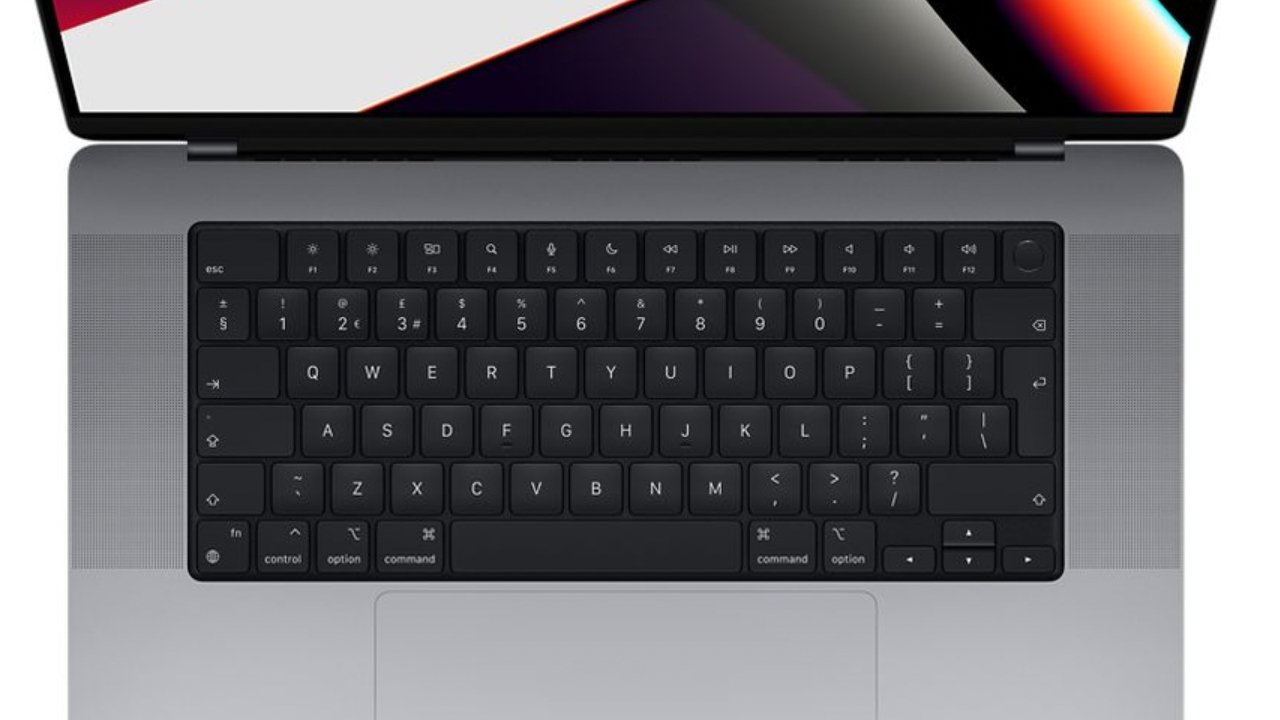 The current keyboard on a 16-inch MacBook Pro

Screens on laptops have always been delicate, but perhaps never more so than now with the new 14-inch MacBook Pro and revised 16-inch MacBook Pro. It's not that those are any more delicate, it's that they are so much better that the thought of damaging them is painful.

And MacBook Pro screens do get damaged. In 2020, Apple had to advise people against fitting slideable camera covers over the lens in the lid, because it was leading to cracked screens.

Similarly, in 2015, there were MacBook Pro users complaining that just closing the lid was leading to damage on the screen coating.

Now a newly-granted patent attempts to solve some screen issues by also potentially making it possible to keep the MacBook Pro thin. "Retractable keyboards" was originally filed as a patent application back in the butterfly keyboard days, but it remains relevant today, even as Apple has drastically improved its MacBook Pro keyboards.

That's because this patent is about getting the best of all possible worlds. By having a keyboard that retracts, then Apple can present a laptop that is slim when closed.

And yet it can also provide a keyboard that potentially has the travel and feel of a larger one. Plus, any retraction keeps the keys away from the screen, and it helps make a tighter fitting lid so there's also less chance of anything else getting in to damage the display.

"Recent advances in computing [means that portable] devices have become thinner, lighter, and more efficient," says Apple. "However, mechanical user interfaces with the devices have parts that can be difficult to change in size due to user preferences."

"Users expect devices to have a button or key size that is well-suited for a finger to press, and users generally have a preference for buttons or keys that provide audible and tactile feedback when pressed," it continues. "Thus, user interfaces such as keyboards and other buttons are designed to have a predetermined size and amount of perceived deflection when pressed."

Detail from the patent application showing space beneath a key mechanism

You can't call any of this a problem when it is the "predetermined size" and the "perceived deflection" that make all the difference between a good and a poor keyboard. However, Apple does think it's a problem when that keyboard is not being used.

"These constraints can make devices larger than needed for some tasks, such as when the user interfaces of the devices are not being used or are stored," says the patent.

At the same time, Apple notes that "keyboards are also a particular area of interest" for making slimmer devices, "since they are made with internal empty space within their structures to accommodate keycap movement."

Apple's proposal is to make it such that the MacBook Pro chassis can move, "selectively retracting or extending the keys of the keyboard relative to an internal keyboard mounting or support layer."

That movement could be "movable magnetic or mechanical linkage elements [that] are configured to reposition keycaps and stabilizers between different relative positions."

It's all reminiscent of the IBM ThinkPad's famous butterfly keyboard, where in this case "butterfly" referred to how it spread out from the casing. Open the lid of such a laptop, and the keyboard would move up, forward, and out. 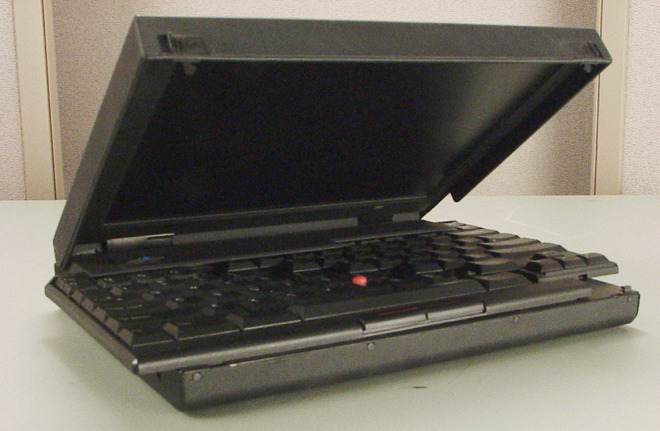 In that model, the aim was to present a full-size keyboard which extended out over the sides of the laptop, and would retract back inside it. With Apple, there's no plan to widen the keyboard, rather to keep the current size and have it retract when not needed.

This patent is credited to five inventors, including Houtan R. Farahani, who has a previous related patent regarding "Enclosure features for a portable computing device."