AppleInsider
Posted: May 18, 2022 12:13AM
in General Discussion edited May 17
A new bug has resulted in many Apple Card users unable to see transactions that have taken place over the past few days. 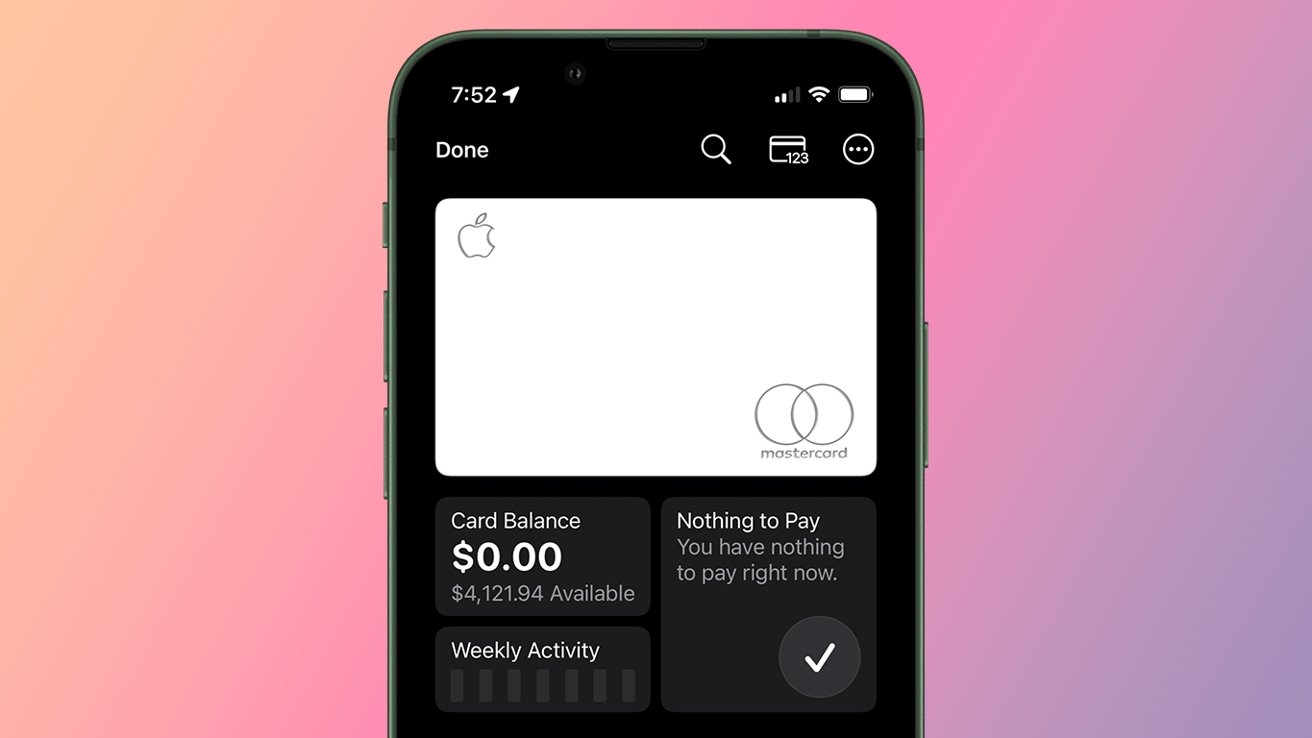 The error in question happens in the Wallet App, where transactions from the past few days may be missing.

Interestingly enough, most affected users have noted that the balance on their card is correct, even if some transactions are absent.

As 9to5mac points out, some reddit users have speculated that this is an issue with the recent iOS 15.5 update. However, one AppleInsider staffer noted missing transactions on a phone that had not been updated.

This suggests that the issue is likely server-side rather than a bug introduced with a new update.

Apple has not acknowledged the issue yet, and the System Status page does not report any ongoing Apple Card errors.