AppleInsider
Posted: August 5, 2022 2:20PM
in General Discussion
The majority of mobile game genres saw a decline in sending and downloads in the first half of 2022, with the total mobile gaming market falling 9.6% year-over-year. 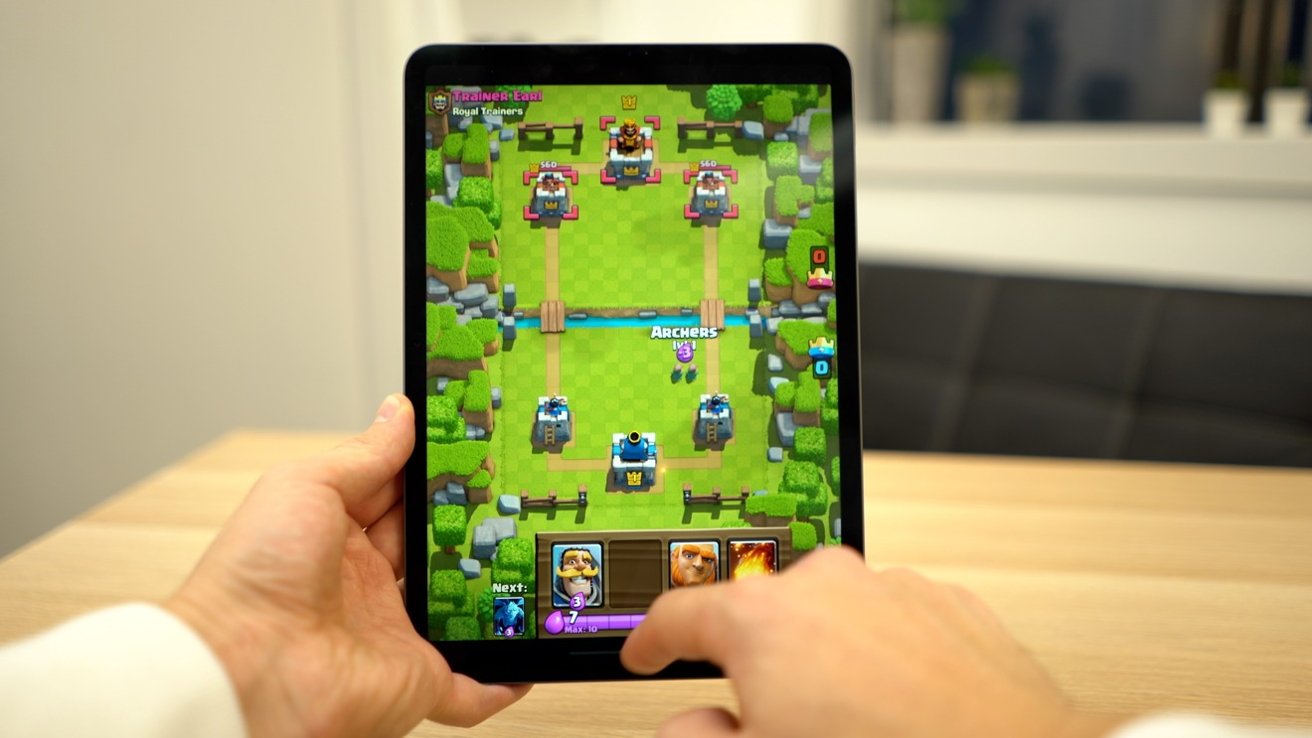 According to new Sensor Tower Game Intelligence data, the mobile gaming market dropped to $11.4 billion in the first half of 2022. Arcade and Tabletop games were the only categories to see revenue increase during the period.

Arcade game revenue increased 14.8% year-over-year to around $176 million. Other genres -- from hypercasual to RPG -- declined. Racing games saw the greatest drop with a 28.8% decline in revenue year-over-year, and geolocation augmented reality games dropped 26% in the same period.

In addition to the drop in revenue, mobile game downloads also fell 2.5% year-over-year to 2.4 billion.

Revenue for just the second quarter of 2022 decreased by 11.4% to $5.6 billion, although downloads remained relatively flat at 1.2 billion. 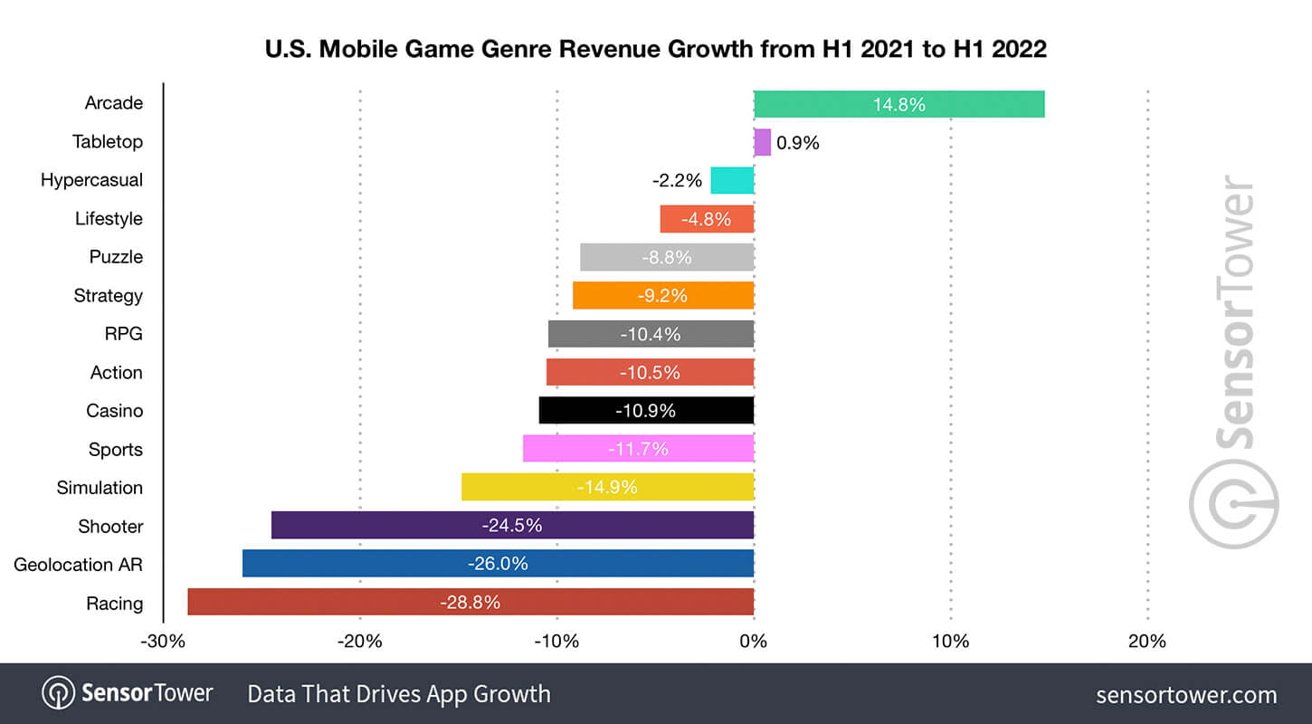 Sensor Tower attributes the overall drop in the mobile gaming market to a variety of headwinds and challenges, including inflation, the end of Covid-19 lockdowns, and privacy changes like the deprecation of the IDFA (Identifier for Advertisers) tag.

"This doesn't mean publishers can't be successful and launch popular new titles, but an industry-wide rebound in the latter half of the year will likely depend on an improvement in macroeconomic factors, and whether publishers are able to adapt to privacy challenges," Sensor Tower wrote.