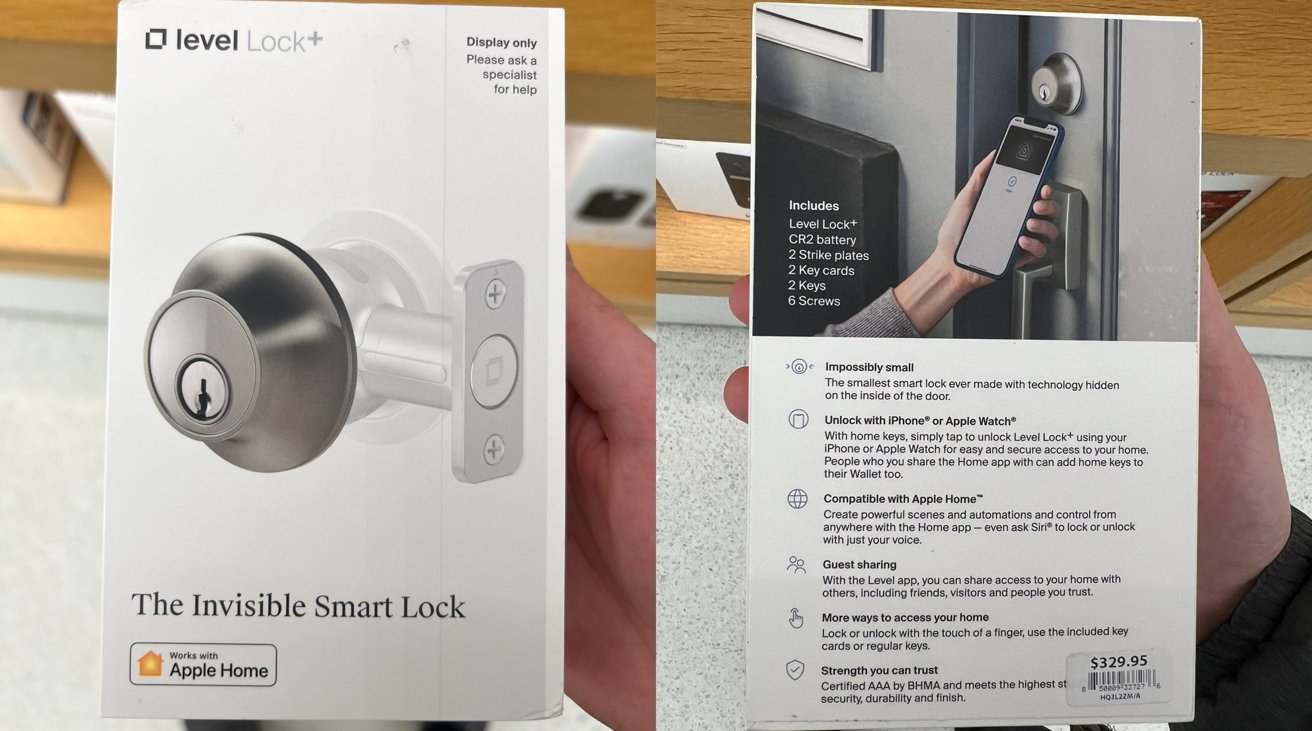 Appearing on some Apple Store shelves on Friday, the Level Lock+ is an upgraded form of the existing Level Lock smart lock. It is one of the first on the market to include support for Home Key, an Apple feature that allows a nearby iPhone or Apple Watch to unlock the lock.

Twitter user James Dombro spotted the product in his local Apple Stores. The box displays an iPhone being used in close proximity to the keyhole, with the user being authenticated to unlock it.

Shortly after the discovery, other Apple customers spotted the smart lock in their nearest store, though it doesn't appear to be available at all locations. As of Saturday, Apple hasn't updated the online Apple Store to display the Level Lock+, but it does show the earlier non-Home Key Level Lock that does support Homekit.

Level Home has yet to officially launch the Plus version of the lock, but the appearance at stores could be a sign a formal release is imminent.