Craig Federighi was recruited to Apple in 2009 to serve as vice president of OS X engineering, working under senior vice president Bertrand Serlet. However, Federighi and Serlet had started working together 15 years earlier at Steve Jobs' NeXT, and both joined Apple in 1996 when Jobs returned to the company he founded.

Federighi's EOF leadership at NeXT

Jobs' NeXT had first attempted to sell high end workstation hardware, then attempted to market its advanced operating system (for Sun Solaris and HP workstations and even generic PCs). But as Microsoft's Windows closed opportunities for competition for alternatives, Jobs began to focus NeXT on objects, the subject of a 1996 Wired interview that occured just a few months before Jobs' return to Apple.

Jobs described the importance of object-oriented programing in noting that "the most exciting things happening today are objects and the Web," adding, "I don't think Microsoft will figure out a way to own it [the Web]. There's going to be a lot more innovation, and that will create a place where there isn't this dark cloud of dominance."

NeXT was therefore focused on bringing its object-oriented development technology to the web in order to make it easy to build sophisticated web applications, which was the purpose of its then-new flagship product named WebObjects.

A key technology that made WebObjects valuable to corporations wanting to build web applications was the Enterprise Objects Foundation software that Federighi had been leading.

EOF enabled companies to build sophisticated apps that could access information stored in a relational database as if it were objects, erasing much of the complexity of making that data easy to display and update in dynamic web apps.

Wil Shipley, a developer who worked closely with NeXT before it became part of Apple, noted that "the NeXT EOF team had some of the smartest engineers on it I?ve ever had the pleasure of working with, but they tended to be kind of lone wolves. They did their thing, they had their ideas, the wrote code. Craig [Federighi] brought ideas together."

Shipley described meeting Federighi as "the new guy" at NeXT in 1994, writing, "he?s like seven feet tall and gameshow-host handsome and he?s smiling like a used car salesman. I will admit it; I was prepared not to like him. I mean, nerds have a certain look to them, and if you violate the unwritten nerd contract then you risk ostracization."

Shipley added, "You naturally expect a tall, handsome dude to be, well, kind of a jerk. Like, his ideas are more important than yours. But what struck me so hard in that first meeting, so much so that it?s still in my head 17 years later, is that he was there to listen.

"And not just to passively listen — he wanted to make sure he understood what we were saying, yes, but also to get to the heart of it. Are you saying we need this? Is this what?s really important, or is it this other thing? Active listening. In an industry where most engineers just want to talk about how big their metaphorical dicks are, this was a huge surprise."

Federighi is listed as an inventor on three Apple patents related to EOF: binding user interface objects to application objects, distributing and synchronizing objects and managing changes to a graph of data bearing objects.

By the end of 1996, Apple had acquired NeXT, hoping to use its all-but-abandoned NeXTSTEP operating system to modernize the Macintosh as the basis of what would become OS X and, subsequently, iOS.

Apple also saw value in WebObjects and EOF, but after it acquired NeXT, many companies pulled back their investments in the technologies in order to distance themselves from Apple. Dell, for example, abandoned its successful WebObjects build-to-order PC web site and started over from scratch on a new one, working with Microsoft.

Without a significant, established enterprise audience, Apple decided to repurpose EOF and WebObjects, first dropping EOF as an integrated component of what would become Mac OS X, and then porting WebObjects from Objective-C to Java in 2001, including EOF as a component of that package.

Apple hoped that porting WebObjects to Java would attract attention from enterprise developers, given that Java was, at the time, considered to be the future of Web development. Instead, the port was widely considered to have destroyed much of the unique value of EOF and WebObjects.

As Shipley described, "After the Java port killed everything beautiful and fun about EOF, Craig left the company — I don?t claim to know his thoughts, but I wouldn?t blame him if it was because they took his baby and turned it into hideous slow ugly beast."

While at Ariba, EOF evolves into Core Data

With the EOF technology he had been managing at NeXT and then Apple reduced to being a component of a marginalized product, Federighi left to join Ariba, a three-year-old B2B company targeting the market for Web-based procurement software.

Ariba had just gone public the same year Federighi arrived, rocketing to a $6 billion valuation and reaching a $40 billion market cap the next year as the company's products were widely used among the dot-com era's rising stars.

After the dot-com crash in 2001, however, Ariba plummeted to a valuation of around $1.5 billion, and has stayed there over the last decade. Federighi remained at the company, initially serving as its vice president of Internet services, then its executive vice president and chief technology officer.

Meanwhile, at Apple Serlet continued discussions with OS X developers on the subject of EOF, asking them what features they missed from the package.

As a result of their feedback, Apple developed an entirely new framework into OS X 10.4 Tiger (and later iOS 3) intended to handle the complexities of routine storage for modern app developers, focusing not just on database access but also XML and flat file binary storage in what would become Core Data.

In 2009, Federighi moved from his final job as Ariba's user interface technology evangelist to a new position at Apple, joining Serlet once again to work on OS X, including the Core Data technology that had sprung from the ashes of EOF. 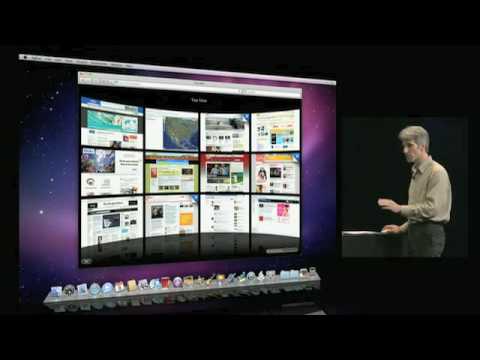 Federighi made a second prominent appearance at Apple's October 2010 "Back to the Mac" event, where Steve Jobs introduced him to demonstrate a sneak peak of OS X 10.7 Lion features, including the then-new Mac App Store, Launch Pad, Full Screen Apps, and Mission Control. 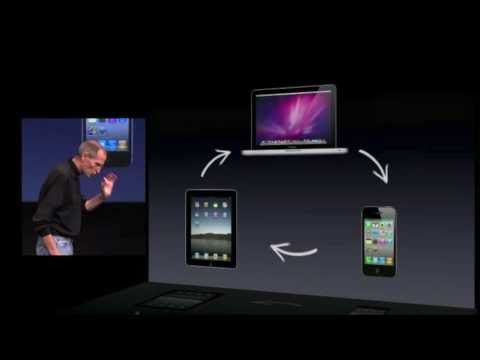 In March 2011, Serlet announced he would be leaving Apple to pursue other interests, noting, "I've worked with Steve for 22 years and have had an incredible time developing products at both NeXT and Apple, but at this point, I want to focus less on products and more on science."

In introducing Federighi as his replacement, Serlet stated, "Craig has done a great job managing the Mac OS team for the past two years. Lion is a great release and the transition should be seamless."

At this year's WWDC, Federighi appeared 43 minutes into the public keynote to introduce the new features of OS X 10.8 Mountain Lion, before introducing his colleague Scott Forstall to demonstrate upcoming features of iOS 6. 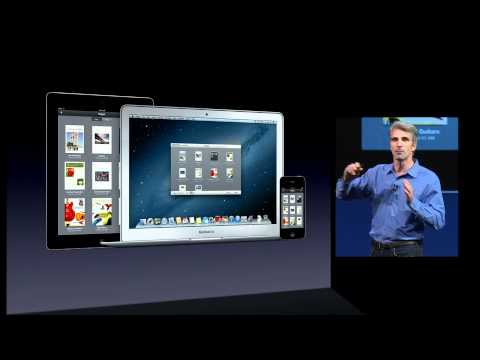 This week, Apple's official promotion of Federighi to senior vice president of Mac Software Engineering, the title formerly held by Serlet, and his inclusion into Apple's Executive Team, ended any basis for speculating that OS X would "die really soon."

On page 3 of 4: Tim Cook is to Jeff Williams what Bob Mansfield is to Dan Riccio

In contrast to the five month gap between Serlet's departure and Federighi's promotion, Apple promoted Tim Cook's prot?g? Jeff Williams to his senior vice president of operations position in July 2010, just weeks prior to Jobs' announcement that Cook would replace him as the company's chief executive, leaving no empty operations chair on Apple's executive team.

Cook said, "Dan [Riccio] has been one of Bob?s key lieutenants for a very long time and is very well respected within Apple and by the industry. Our hardware engineering team is the best engineering team on earth and will not miss a beat during the transition."

In reality, Apple's hardware engineering team has missed a few beats over the last few years, suffering a number of embarrassments and executive departures even while delivering a string of successful new products to fill out the world's most profitable portfolio of new consumer tech products.

Who is Dan Riccio?

Not a lot is known about Riccio, who joined Apple in 1998, one year before Mansfield. Under Jobs, Apple remained as tight lipped as possible about the identity of vice presidents and their responsibilities, fearful that the company might have its most talented people recruited by other firms.

Jobs was familiar with this threat because he had personally recruited many of his top executives from other companies, including his own right-hand-man Cook, who this summer revealed that Jobs had bedazzled him away from Compaq (now part of HP) within five minutes of meeting him.

Like Cook, Riccio was also recruited from Compaq in 1998, possibly as a related defection. Riccio moved from his position at the PC maker managing mechanical engineering to a new role at Apple in product design, a job he held for the next 12 years.

Riccio has worked closely with Mansfield, who joined Apple in 1999 when the company acquired Raycer Graphics, where Mansfield had served as the president of engineering.

In 1997, Jobs had recruited former NeXT alumni Jon Rubinstein to serve as Apple's senior vice president of hardware engineering. After Rubinstein was approached by Philips Electronics' Tony Fadell with the idea of building a hard drive-based MP3 player linked to a music store, Rubinstein hired Fadell and the duo helped Apple turn the concept into a bigger business than the Mac itself.

After being tasked in 2001 with building an "iPod & Special Projects" group to manage Apple's new foray into non-Mac hardware including the iPod and iSight camera, Fadell was promoted to vice president of iPod engineering in 2004 when the iPod group became its own division within Apple.

In 2006, Rubinstein retired from Apple; one year later he joined Palm, where he worked to turn that company around after Apple's then-new iPhone literally destroyed its Treo phone business.

Fadell replaced Rubinstein as senior vice president of the iPod division, but stepped down in late 2008 to focus on his young family. Apple had launched a search to replace Fadell in 2007, resulting in the recruitment of Mark Papermaster from IBM in 2008, despite concerns voiced by Mansfield about his suitability in the role, which expanded to also include the new iPhone.

After a protracted legal skirmish with IBM related to concerns that Papermaster had violated a non-competition agreement to join Apple (which had just acquired PA Semi, stoking worries within IBM that Papermaster would help Apple rival its chip business rather than manage iOS hardware development), Apple announced in August 2010 that Papermaster had been let go, reportedly due "cultural incompatibility" and a loss of Jobs' confidence.

In June of this year, Apple announced Mansfield would retire, and be replaced by Riccio in a transition expected to take "several months."

Cook described Riccio at the time as being "one of Bob?s key lieutenants for a very long time and is very well respected within Apple and by the industry."

Apple also cited Riccio as having "been a key contributor to most of Apple?s hardware over his career," and in particular "instrumental in all of Apple?s iPad products since the first generation iPad." 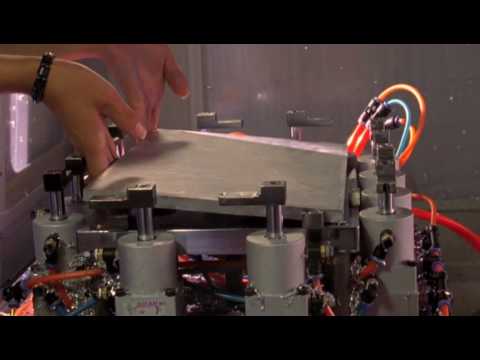 Riccio is now tasked with leading hardware development across Apple's entire Mac, iPod, iPhone and iPad product lines. To help in this, Apple has asked Mansfield to continue past his planned retirement date, and Cook has stated that Mansfield will "continue to work on new products."
«12»