'iPad mini' cases made by Cygnett allegedly for sale in Australia

In a video posted to YouTube, Product Feedback shows off two Cygnett-branded cases made for an "iPad mini," which were supposedly purchased from a "local retailer" in Australia.

While the alleged tablet covers may be legitimate, it is well known that case makers are prone to bet on "leaked specs" from upstream supply chain sources to get a jump on rivals, sometimes resulting in financial loss if the data is incorrect. As an example, manufacturer Hard Candy gambled on a supposedly leaked teardrop-shaped design for what would become the iPhone 4S, losing $50,000 on custom-made steel moldings.

The Cygnett cases look to be final products, complete with printed packaging and instructions for use. Measurements of the purported iPad mini covers, dubbed "Flexi-folding folio case" and "Extra protective fitted case," are in line with previous reports that point to a smaller form factor than Apple's current iPad offerings.

According to the site, the fitted case measures 20 centimeters long, 13 centimeters wide and 1 centimeter deep. The case is 23 centimeters, or 9 inches, diagonal, further hinting that Apple will use a rumored 7.85-inch screen. 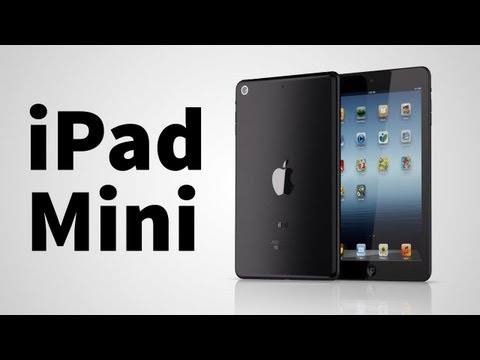 The supposed leak comes on the heels of a Wall Street Journal report earlier on Wednesday which claimed Asian suppliers had started production of the smaller iPad, as well as alleged parts leaks from Tuesday.

Apple is expected to unveil the small form factor tablet sometime in October, and is widely believed to be implementing a 7.85-inch non-Retina screen made by both AU Optronics and LG Display.