AppleInsider
Posted: September 24, 2015 10:42PM
in iPhone edited September 2015
One of the new features introduced with iPhone 6s and 6s Plus is Retina Flash, which intelligently illuminates the display to serve as a flash for selfies. AppleInsider went hands-on to see if the tech comes close to iPhone's rear-facing True Tone flash.

Sensor resolution doesn't matter much, however, if you don't have sufficient illumination. While the iPhone's rear iSight camera has long featured a dedicated LED flash, taking selfies at a party or in a club often suffers from poor lighting. 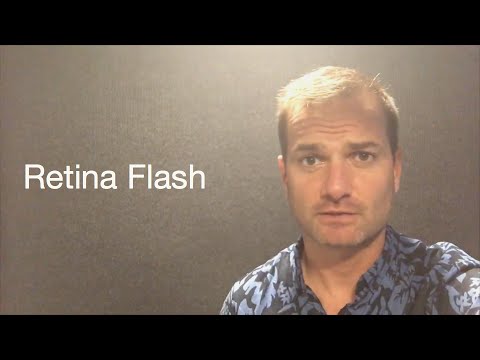 Taking a page from Photo Booth on the Mac, the new iPhone 6s models can now flash the screen to illuminate selfie shots. And borrowing technology from the rear flash, the new "Retina Flash" intelligently lights the subject with a colored flash, calculated by first flashing a neutral white flash, then almost immediately re-flashing the screen with a selected color, typically an amber hue that delivers a more flattering flash than a pure white screen would.

This extra flash (activated the same way the rear flash is, via an onscreen icon) does a decent job of illuminating selfie faces, although the results (as with any single source flash) may not always be flattering.

In most cases however, having even harshly-lit subjects will be preferable to smiling faces that are too dark to stand out in a dimly lit room, or appear grainy and blurred due to inadequate lighting.