Discovered by Jose Rodriguez, who found a similar lock screen flaw last September, the security hole appears effective only in certain scenarios. As presented in a proof-of-concept video, and confirmed by AppleInsider, the vulnerability applies to iPhone 6s and 6s Plus handsets configured to allow Siri app search integrations for Twitter, Contacts and Photos.

In the example provided, a user -- or nefarious agent -- invokes Siri via a long home button press, or iPhone's "Hey Siri" function, and asks the virtual assistant to conduct a Twitter search. If the search results contain actionable Contacts data, like an email address, a 3D Touch gesture can be used to call up a contextual menu with options to send mail and add or modify contact information.

From the 3D Touch Quick Actions menu, tapping on "Add to Existing Contact" opens an iPhone's Contacts list, which can then be used to access device Photos, if so configured. 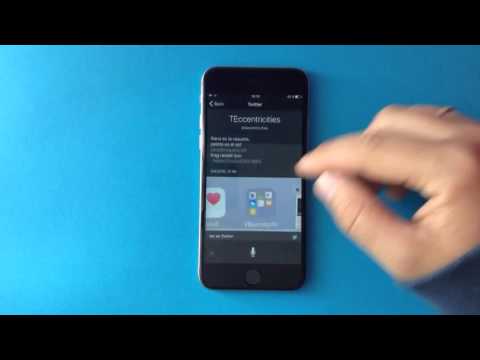 There are a few caveats to successfully leveraging the apparent security flaw. Specifically, a device owner must have previously granted Siri access to their Twitter account, photo library or related app either by conducting a Siri search themselves, or manually configuring service permissions in Settings. When a user first asks Siri to conduct a Twitter search, the assistant will seek permission to access that device's Twitter account, as indexed in device settings. In order to verify ownership, Siri requires account owner confirmation via passcode or Touch ID.

Those concerned about potential intrusions can disable Siri's Twitter integration by navigating to Settings > Twitter and switching off Siri. Doing the same in Settings > Privacy > Photos cuts Siri access to an iPhone's photo library. Alternatively, Siri itself can be completely disabled.